I better get this posted before it is such old news that it won't be worth it.  So last week I was at the thrift store on Monday morning at opening time.  Actually, I lie, I was probably a couple of minutes late.  Fortunately no one else had been lined up to get what I had my eye on.  So there is a bit of a back story here.  Larry's mum, many years ago had one or two of these blue and white plates made by Johnson Bros. in England, the pattern is called Countryside.  Somehow she had found out that the plate was worth about $15, so after that it became a sort of special plate.  When she moved to a care home in about 2008 or so, and we were sorting out all her things, Meredith said she would like the plates. (You know Meredith is a collector of blue and white)  And then the same thing happened again when we were sorting out my mum's things, she had one or two of the plates as well.  Meredith herself has maybe picked the odd piece or two of the set, and I got her 4 cups and saucers one time for a total of $10 at this same thrift store.  A month or two ago, quite a selection of the Countryside pattern had showed up at the store.  They priced it with white tags (which only come on sale 4 times a year), and the prices were quite high.  A few things were sold, but a couple of weeks ago I noticed that what was left of it now had blue tags, and blue tags were going to be half price starting Monday of last week.  And so, because Meredith can only get there on weekends, and I will take any excuse to stop at the thrift store, I said I would try get there first thing on Monday morning.  The plates were still there, and that was what Meredith wanted, so I got her seven dinner plates for $2 each, and two side plates for $1.25 each. 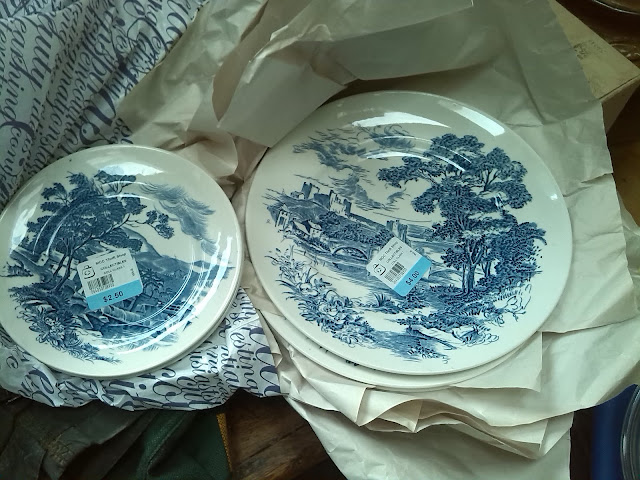 Then I found these pyrex glass bowls, with a blue stencil.  As I often do, I take a picture and text Meredith.  Sometimes she is able to reply, sometimes not.  I didn't hear back, but thought for $2, I would just buy them anyway. The set was all taped together, and I didn't look at them too carefully.  They are quite scratched up, so Meredith decided she didn't want them.  I think I might keep them. 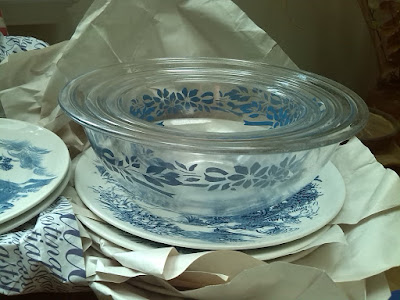 Since we are on a blue and white theme here, I bought this waist pack for $.75.  It was very new looking. 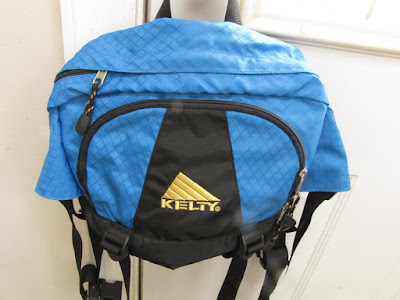 And also this waterproof jacket for $2.50.  I thought it would be a good idea for walking or running in the dark.  You know, you feel less guilty spending a few dollars when you sort of have a half ass reason as to why you need to buy it. Ha ha!  It works for me anyway.  I love jackets and bags of various sorts. 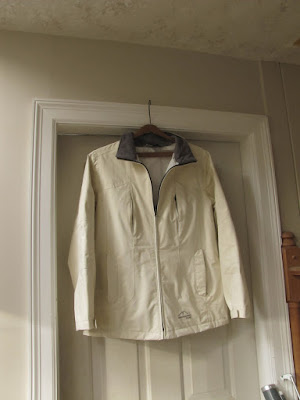 On Wednesday I had an appointment at the bank, which conveniently is very close to my usual thrift store, and also another one a bit farther down the street.  So I went to the second one, and found another blue thing.  This cute little set of binoculars. $1.  They are sitting in the palm of my hand. 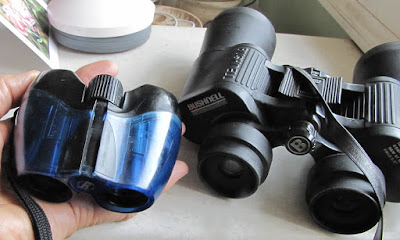 They are so light weight, they are perfect for taking on a walk or hike, and they work well. 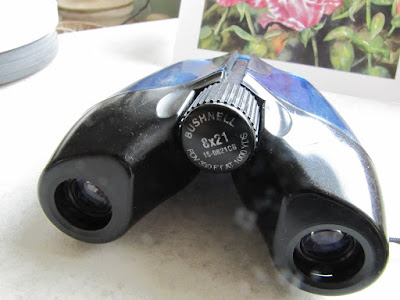 And that thrift store happened to be having a half price sale on Friday and Saturday, and somehow I found myself there.  I really don't have any sort of 'reason' for buying this, other than it was 'ONLY $4!!'.  A Sadler (England) teapot and creamer and sugar bowl, autumn themed.  Also the other little sugar bowl, also Sadler, for $.25.  Oh my.  A lady came up to me when she saw me tucking the set into my basket and told me that she was soooo glad I was buying it (giving it a good home!)  She said she used to have the same set, and tried to replace the teapot way back when, and it was $35 back then..... 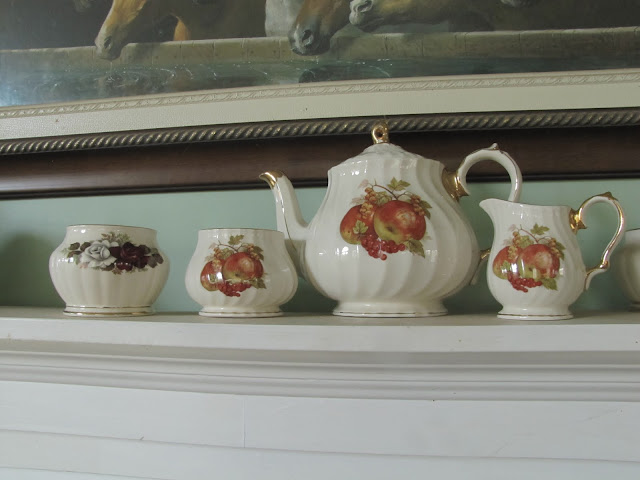 So after scrolling through pages and pages of Sadler teapots on Ebay, I actually did find that set. (Wow, they make an amazing variety of tea pots!)  Mine was a mere $40 Canadian, but add $50 to that for shipping from the U.S. and import duties, and I guess it makes $4 look pretty good.

And a shout out to the wonderful two Spring days we have just had! A nice reminder that it doesn't rain here every day, although sometimes it seems like it.
I attempted to break the clothesline on Tuesday when I hung three loads of clothes out, which all dried in the sunshine and breeze. 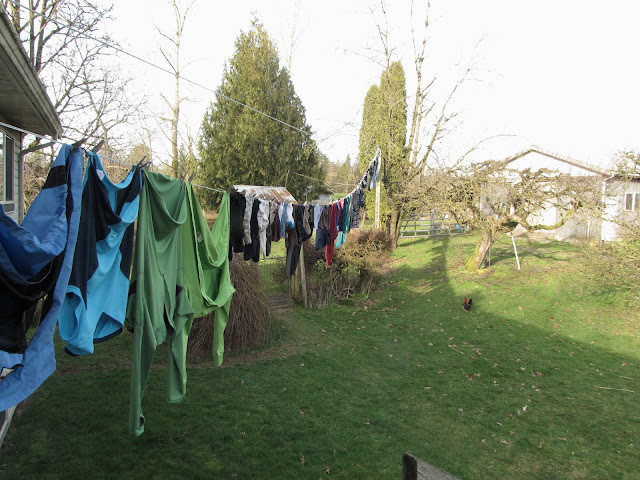