This afternoon was my biweekly egg run to White Rock.  Because Larry was out with David on a Land Rover event, and I didn't think they would be back until late afternoon, I decided to take Jake and Luna with me, and I thought I could walk them at Campbell Valley Park on the way home.  There is a seasonal off-leash area that is closed in the summer because it is a hay field, but is open Fall, Winter and early Spring.  I'd say it is a 'rubber boots are mandatory' kind of walk.  It certainly was today.  This morning had started out decent, and then before long the clouds had rolled in and then before mid afternoon it started to rain.  As I headed to White Rock, there was a band of blue sky in the west, and that gradually moved east and it dried up.  We got to the dog park about 5 pm, and the last of the sun was catching the trees on the east edge of the field. 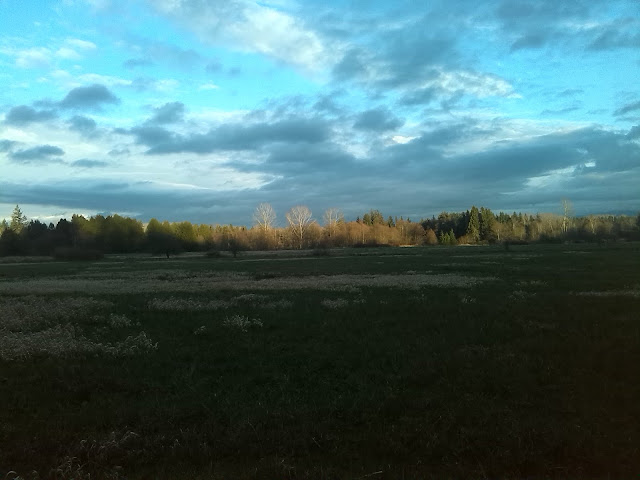 I must remember to take the camera along with me more often.  Once again, cheap phone pictures.
It was one of those big sky, big clouds late afternoons.  I think you might know by now that I like taking sky pictures:)
Looking southwest 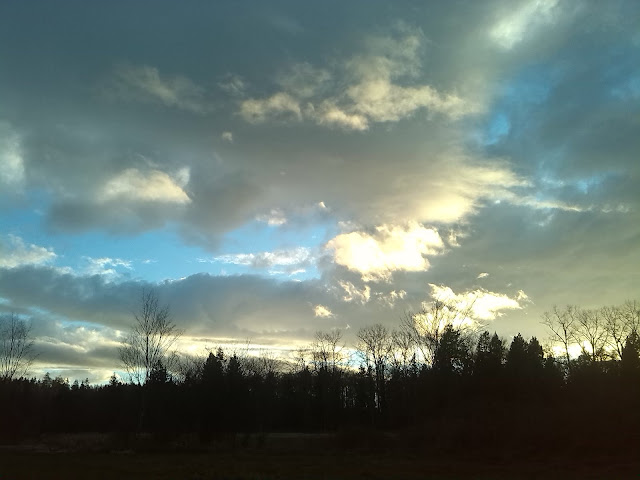 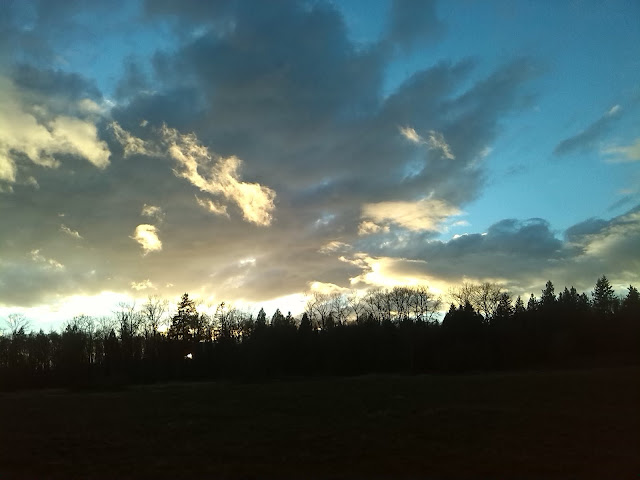 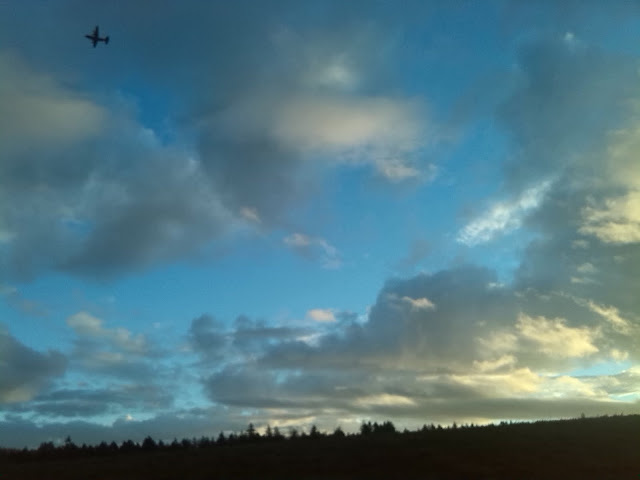 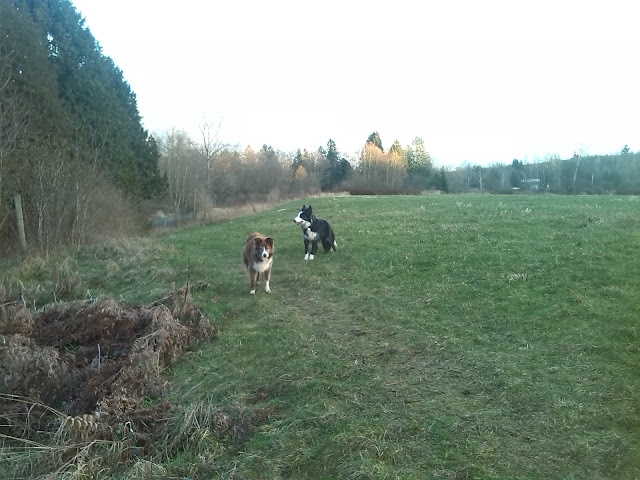 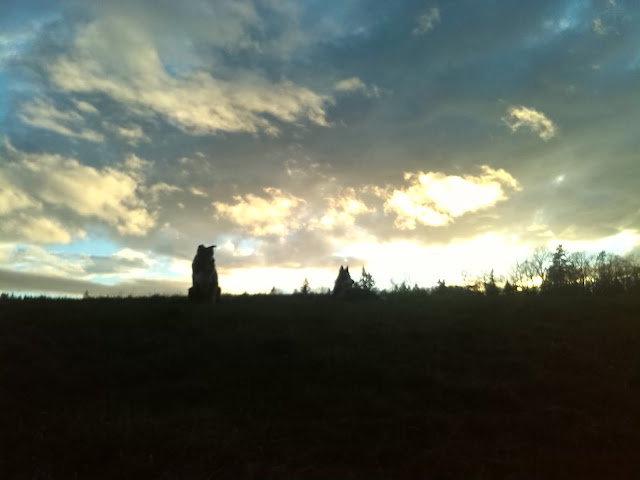 Looking back west on the way home.  Not exactly a red sky at night, but the forecast is half decent for the next few days. 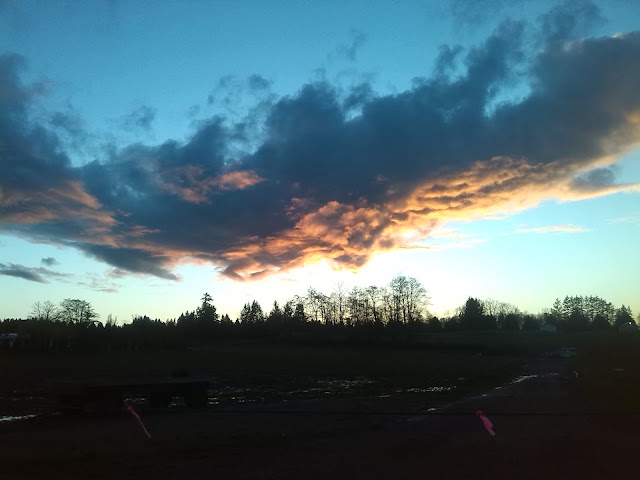 Just over half way home, between 248th St. and 256 St. on 16th Ave, is a night roosting area for thousands of crows.  It was a bit early still as I drove through, and they were just starting to gather. I have driven through there when it is a bit later, and it really is a bit of a fascinating, albeit creepy sight.  The trees are heavy with them.  Some barn roofs in that area are covered in in black crows. Sometimes the power wires are lined up with them. Thousands upon thousands of crows. 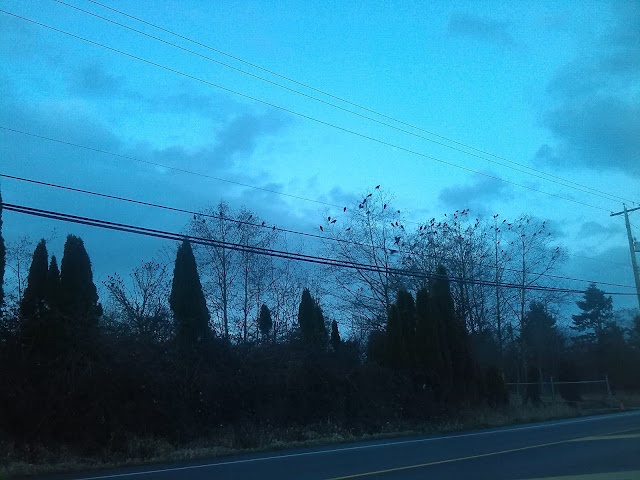 Reminiscent of this.
A frame from Alfred Hitchcock's 'The Birds'