Now that Larry's eye is coming along, and the symptoms of vertigo he was getting have subsided a lot, he is moving around more.  He's not supposed to do any fast walks yet, because, as the doctor said, each step is like a little pile driver to the eye.  But, he is able to amble along at Calli speed, so the last couple of afternoons he has taken her out for a stroll.  Quite often in the afternoon we take the dogs around the block across the road from us.  About a mile around, with a good off leash section for sniffing.  I can do it in 20 minutes with Jake and Luna, but if Calli is along it takes twice as long, if not more. Yesterday afternoon there was a break in the rain, so we got the dogs out.  Not that they are particularly bothered by the rain, unless it is really heavy or stormy, but just makes for a pleasanter walk for us.  I'm not sure where Larry went, he just would have let Calli lead the way, but I did the usual mile block.  Half way round there is a place that always has an interesting collection of animals.  I'd say most of them are rescues, the lady is a vet tech, and I am sure the animals that she brings home had no where else to go.  They do change every once in a while, but some of them have been there a long time. 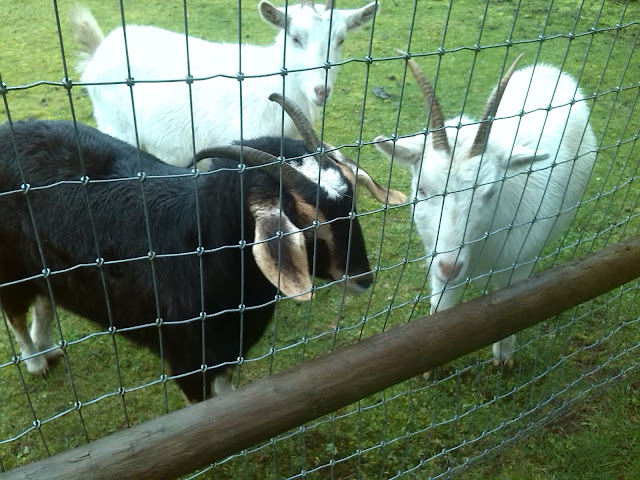 The two donkeys are so cute, and three of the four goats were incredibly curious and would 'climb' up the wire with their front feet to reach your hand over the rail.  The two sheep were oblivious and kept on grazing.  Yesterday there were four goats, two donkeys, and two sheep. 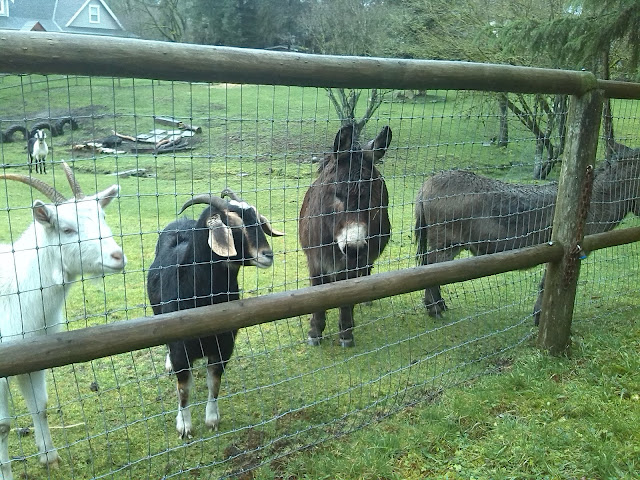 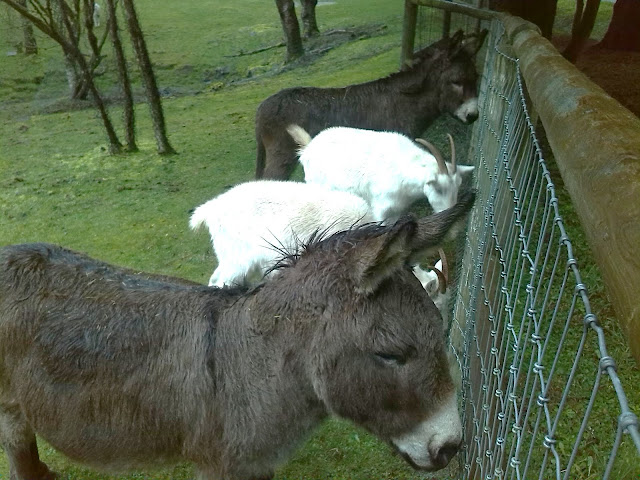 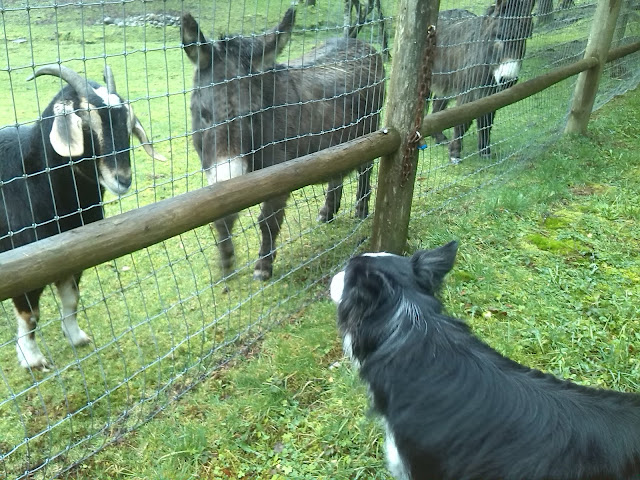 They were a little nervous of Luna at first, so I didn't really let her go right up to the fence.  Jake had no interest at all, but he might have snarked at them through the fence anyway, so it was just as well. 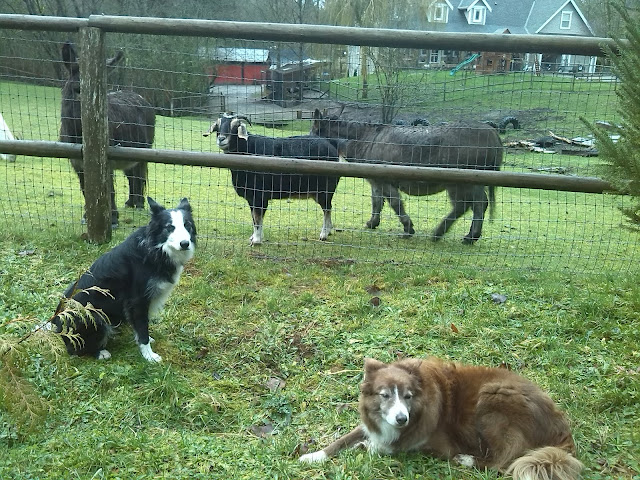