I shipped Larry, Jake and Calli off to Oliver on Tuesday.  I suggested he go, he was game.  Wyndson Cottage needed checking up on, some water needed to be poured on the roots of the dormant/dead/dull brown stuff that was once a lawn.  I was also hoping that some water would help keep the squash alive that I have high hopes for.  It's been a hot(ter) dry four weeks there too.

I'm still trying to get out of the 'funk' I was in last week, and thought some alone time might help.  Not really.  There is so much here that desperately needs doing, garden wise, fruit and jam wise.  Haven't been as productive as I'd like, definitely.  Have a hard time getting started on things.  There's always tomorrow I keep telling myself.

Anyway, back to sailing.  The last time we did any of that was four years ago when we went on a three day trip across the Strait of Georgia to Saturna Island.  Parts were fun, parts not so much.  I took lots of photos, and then the relatives that took us said they didn't want their mugshots on the blog, and that put me off, and the post never happened.  Here's Larry not long after we set off. 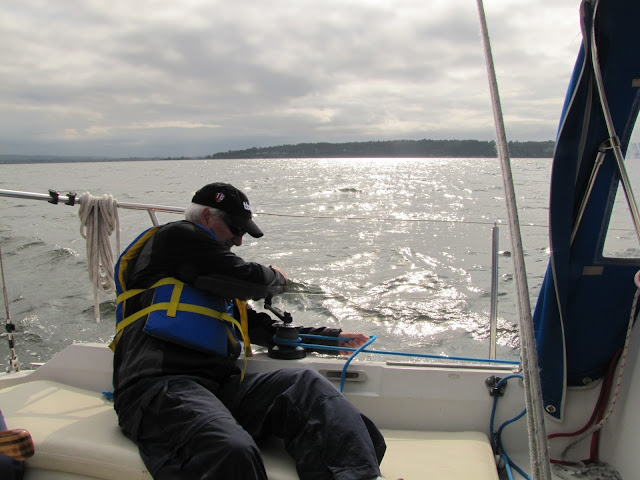 The other kind of 'sailing' we do is to go out the occasional Saturday and do some Garage Saleing.  I think this past Saturday was only the second time this year.  Quite a few Saturdays I'm at the Abbotsford Farmers Market.  In the years prior to being marketers, we went out a lot.  The kids were little, we had a farm, there was all sorts of stuff we needed (and didn't need but bought anyway).  I knew on Saturday morning I should really be staying at home and getting a head start on picking things for Sunday's market.  I thought I would get up early and do that.  Didn't get up early enough.  I knew I would regret that.
The last few years I've tried to be a bit pickier at garage sales,  and only buy things that we really have a need/use for.  Occasionally that rule gets broken. 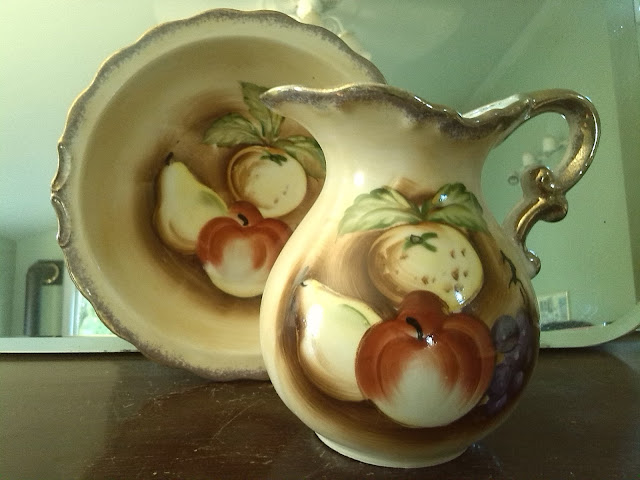 I always kind of like these big plastic shopping bags.  They can double as laundry baskets or weed buckets or whatever. 50 cents 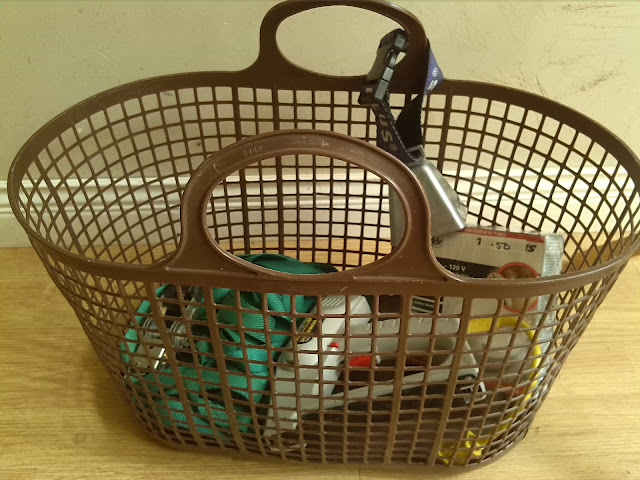 Then also 50 cents for the super duper cow/cougar/bear bell.  The same for the wired in smoke detector (we need a new one) in a sealed package and for each of the tie down straps.  $2 for the electric staple gun.  That will help with some upholstery projects that I hope to get to one year. 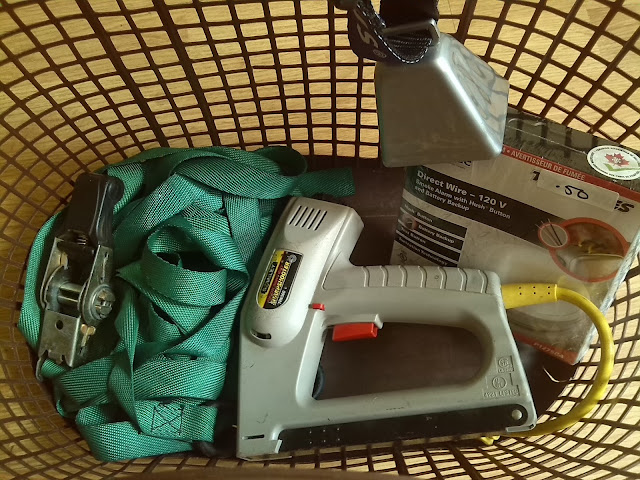 Also $2 for this clothes drying rack. 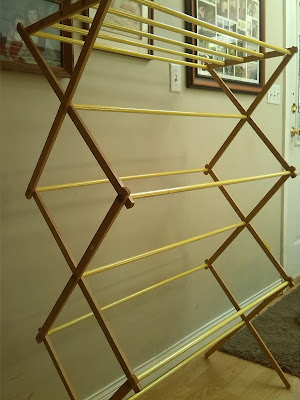 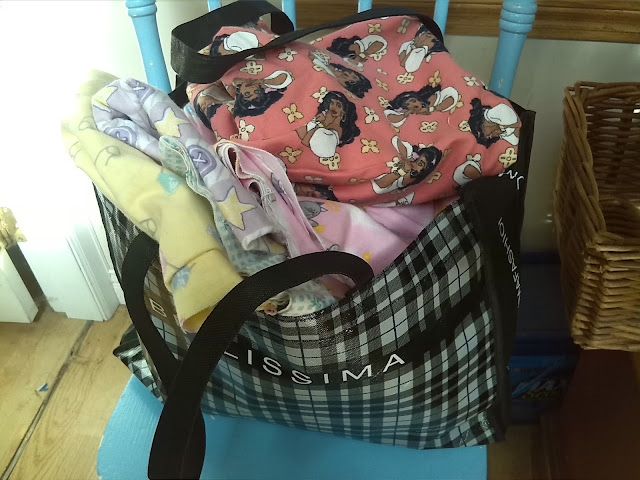 $5 for this big bag of flannelette. I did put the top piece into the 'take to the thrift store' bag. Meredith figured out that it was Esmeralda from Disney's The Hunchback of Notre Dame. 1996 and 2002.  Didn't think it was too relevant now for making into baby bibs, although the parents might remember from their child hood.  Poor printing job on it.  The red for the lips and blue for the eyes didn't always land in quite the right spot, and poor Esmeralda just looked weird.  Otherwise there was enough fabric for about 20 bibs.

And the best of all, these were freebies. Lets hope they don't stay empty for long. 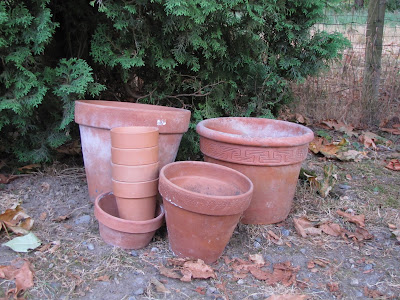 Saturday was a hot day, and we didn't get home until about 1pm.  Then time for a bite to eat, and it was too hot to be out in the sun picking the veggies, so I had to wait until about 6.  Managed to fit a nap in there, it was too hot to do much else. So just after 6 I started in earnest, gathering veggies for Sunday's market.  It is a slow process, and at one point I said out loud that I didn't want to do this any more.  Just to clarify, Larry does other stuff, but the actual planting, picking, etc is all my domain.  Worked until after dark and then threw some food together for supper which we were eating at 11pm.  It all got finished off in the morning, up at 5am, and then we were off to another Sunday market.