Our poor dogs haven't been down to the dyke in ages.  It was a hot day today, and I was making jam this afternoon.  I had my fans set up, one blowing the hot air out the kitchen window, and the other one set up on the counter oscillating back and forth to cool me off.  It works pretty well.  I'm proud to say that I made five batches today, blackberry, raspberry, raspberry-rhubarb, bluebarb, and crabapple jelly.  I'm way ahead of the game this week.  I suggested that we take the dogs down to the dyke at dusk, and since it's almost a full moon we would have enough light to see by, and probably have the dyke to ourselves.  We left a bit later than planned, just before 9:30 I think.  It's a seven minute drive.  On the way down the hill we saw a fawn on the side of the road, and then down at the dyke there were two herons. 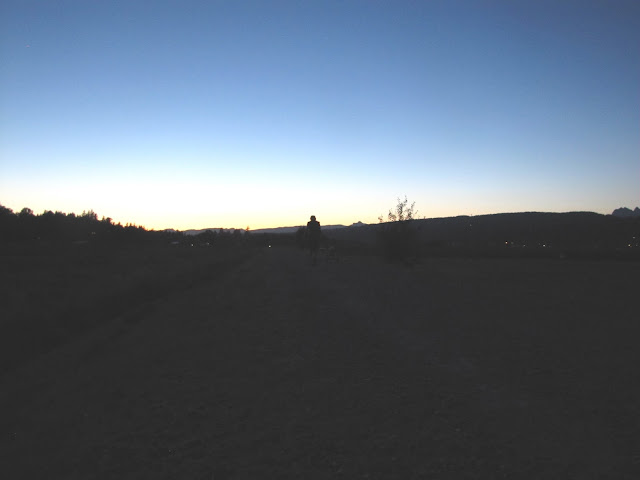 Jake and Luna always run ahead to the swimming hole, so we threw a couple of rocks in the water there so they would go out and get wet and cooled off, and as we climbed back up to the top of the dyke, a massive Great Horned Owl swooped and swirled overhead. There were a few bats swooping around as well. 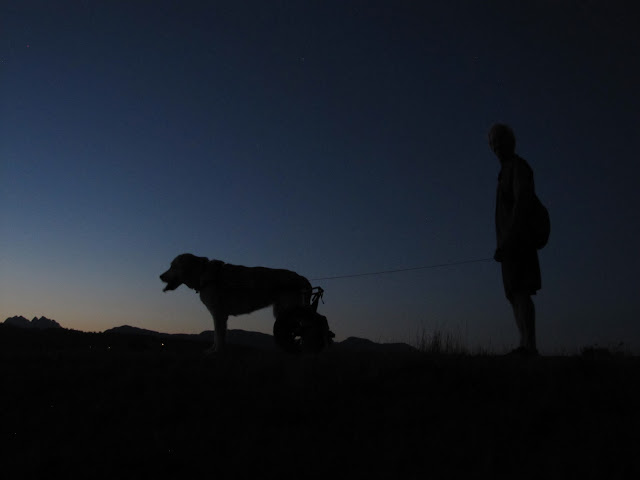 Luna had a collar on with flashing red lights.  The collar tended to get lost in her hair, but when she was sideways to us we could see the red light.  Jake was a bit harder to keep track off, but it all worked well.  At one point, just before we decided to turn around, Luna was barking at something either down in the grass near the creek, or maybe on the other side.  Her hackles were up and she was concerned about something, and whatever it was, it wasn't showing up in our flashlight beam.  That was the only sort of creepy moment.  Otherwise it was a really nice walk. 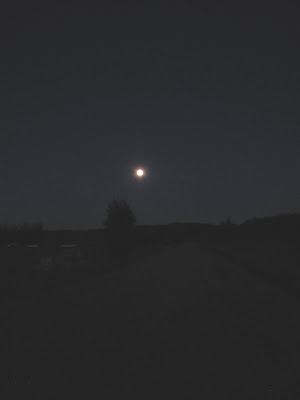