Some random stuff from last week.

The flower beds along the driveway aren't really suited to a sprinkler, so it was a non-energetic job that Larry could do. I asked him if I could take his photo.  He said afterwards he was very careful how and where he was holding the hose when I did:) 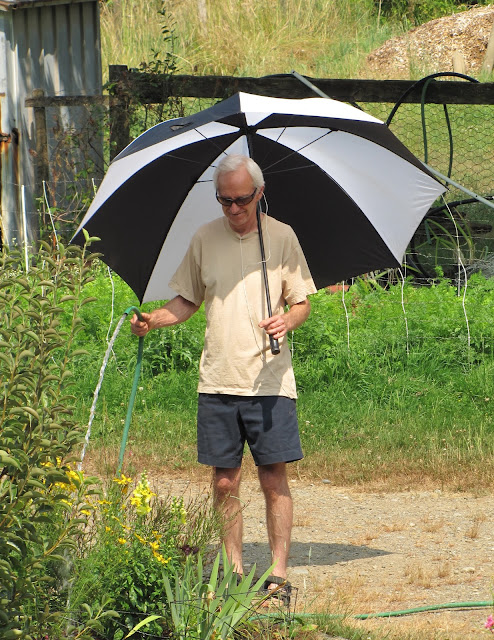 This cute little girl, who stands about 3' high, was $3 at the thrift store.  She is made of all metal, and looked cute with a hat on, because it made her face show up more.  I'm going to look and see what I can find in the way of cheap kid's sunhats. 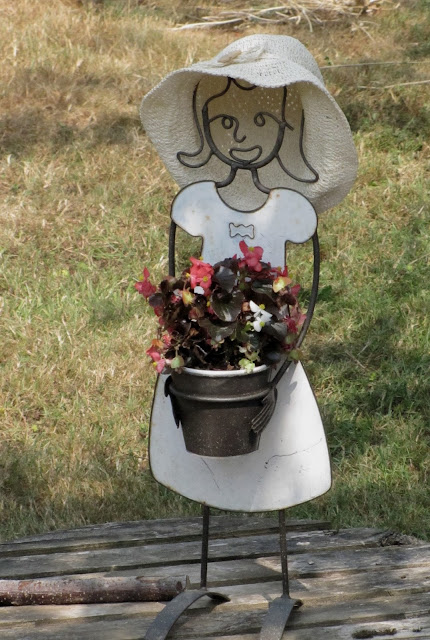 I dug up all the garlic, so now 200 or so bulbs are curing out in the barn.  Some of them are a pretty good size. 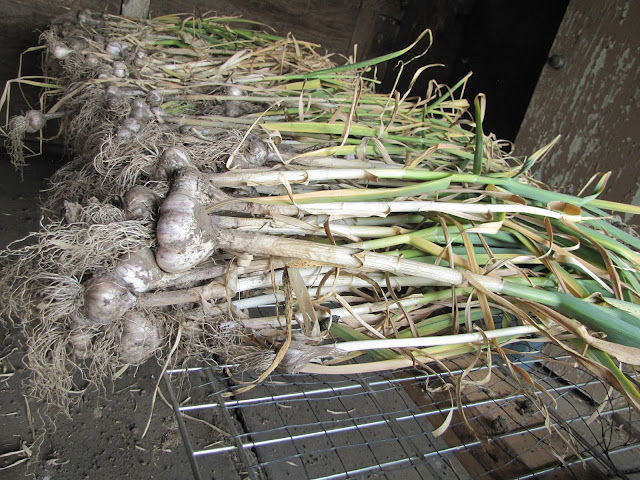 I defrosted the two biggest fruit freezers.  One had a frozen syrupy mess on the bottom.  I think a bucket of marmalade that had been cooked up for the first step, and then put in the freezer, had leaked.  There were a few bags of fruit that had been there too long, stuck in that mess.  When I was finally able to get them unstuck, the hens got some fruit popsicles. 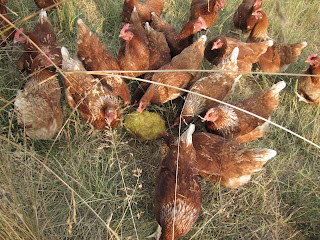 There are rows of carrots and beets in this mess.  Hopefully this coming week I'll actually be able to see them again. 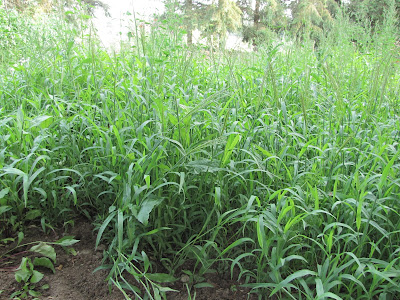 The snap peas came and are done, all in the space of about 3 weeks.  I've started to pull out the plants, and might put in more seeds, on the chance that there is time for them to mature before Fall.  The hens like eating the pea plants. 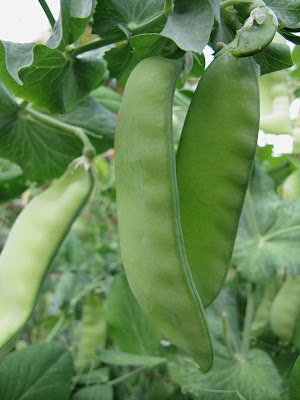 And a few pretty flowers 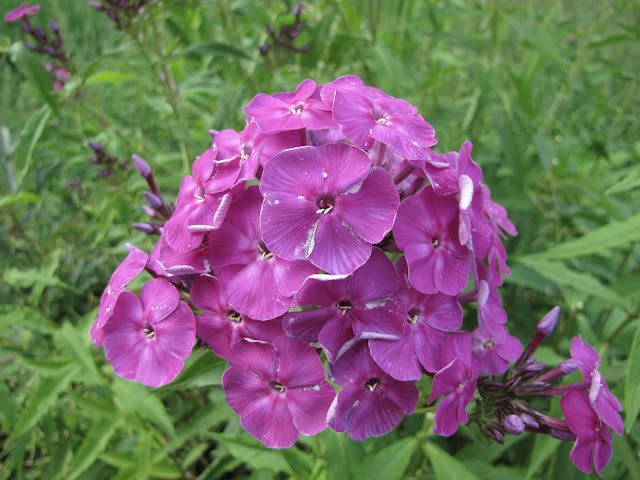 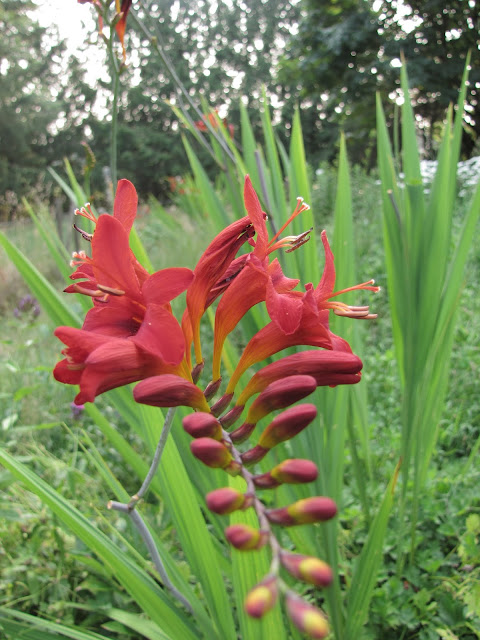 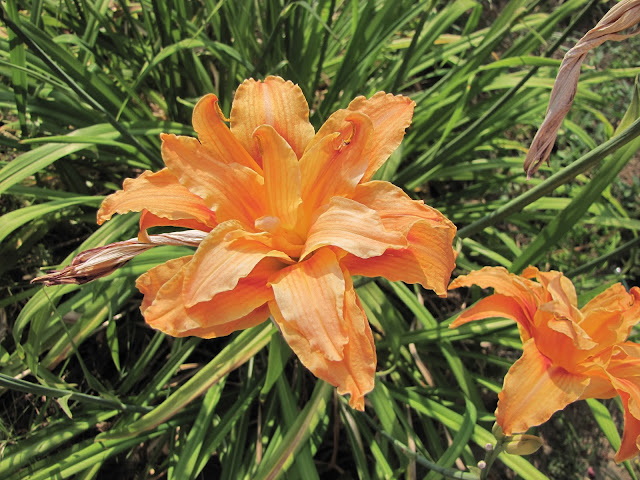 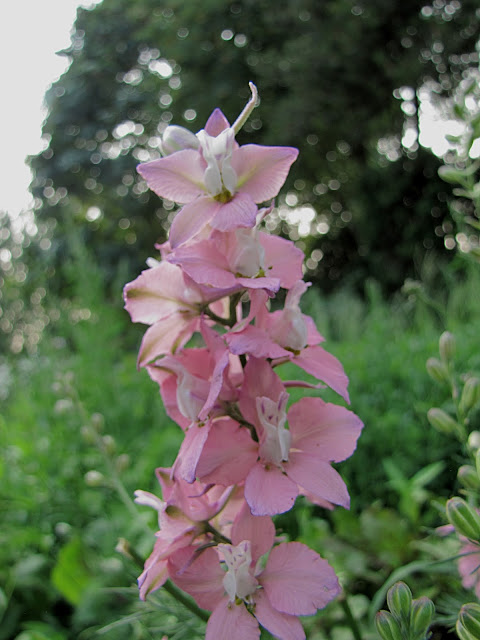 We are pretty darn happy that the heat wave has ended for a while.  We've even had some showers of rain, which haven't been enough to more than dampen the dust.  The watering continues. Blackberry season has started.  Forty buckets yet to pick.