At the beginning of the month I showed you this picture of our fig tree.  It's not a very big one, it's a Brown Turkey fig.  It just occurred to me, that maybe the variety originated in Turkey (the country) dah!, instead of the having something to do with a brown turkey (the bird). Wow, why didn't that occur to me before?
I love dried figs, and I'm pretty excited that we have a bumper crop of fresh ones this year.  That bumper crop is only about 2 dozen figs, but that's huge to me since I think we have only ever had about three figs off that tree before.  All those little figs are a potential second crop, and the two big ones you see have turned brown and soft and are hanging down.  Maybe we've already eaten those two. 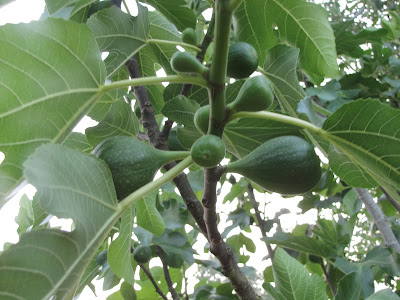 We had a couple for breakfast yesterday, and I picked five more today, but will have to take a little step ladder out to reach the rest of them.  I'd leave them a bit longer to ripen even more, but the birds are already starting to sample them. 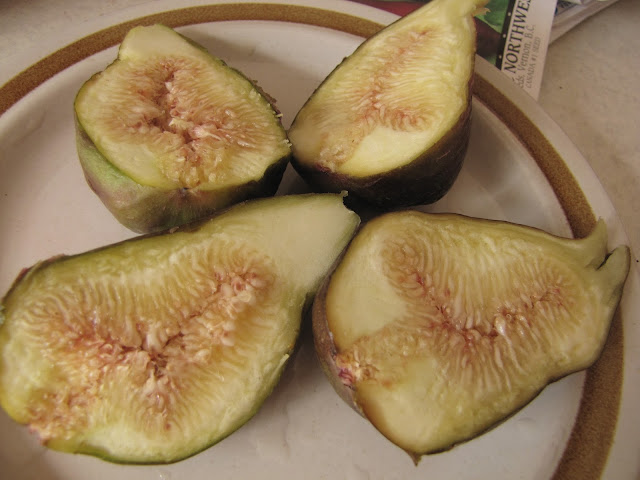 Speaking of birds, I saw that little Robin fledgling the other day, and then this evening I saw two of them, one seemed to be a bit bigger, but I'm glad that they have survived this long.  They are flying quite well so they have a pretty good chance of survival now.

I don't have any pictures that relate to this post, so I'll just slip in a few from the last time I was at Oliver 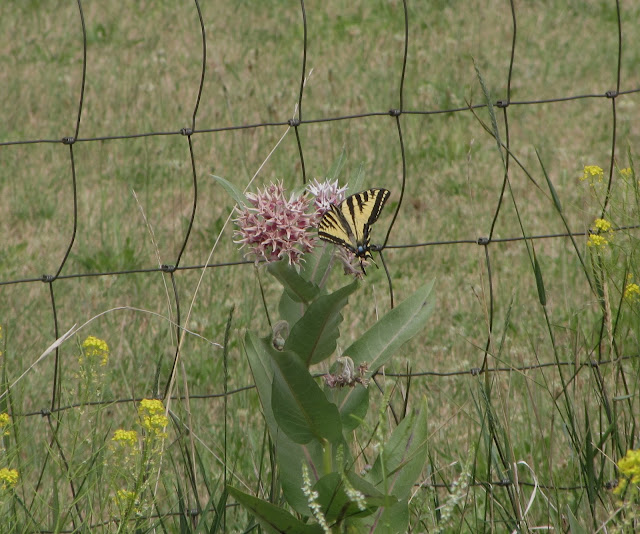 We've reclaimed our trails at the back of our property and have been walking out there in the mornings this week.  I'm wearing that big bell I showed you in a previous post, it makes a wonderful loud clang as it hangs off my blackberry picking belt as we walk along.  There have been no mysterious scraped piles on the trail. 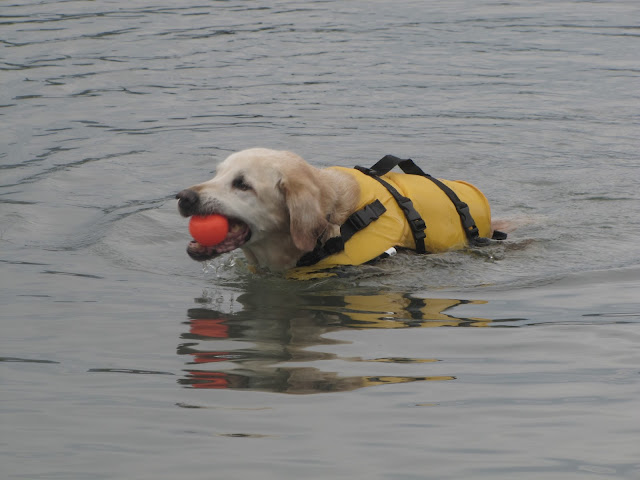 I had got to thinking about the amazing total disappearance of that deer carcass, and wondered if the cougar had dragged it off and covered it up somewhere else.  Larry had noticed a bit of a smell still.  So yesterday morning as we got close to the kill area, I was peering into the undergrowth, which isn't difficult now because most of the lower leaves have died off.  At first I thought it was a rotten piece of stump, but then I thought I could see what looked like ribs. When we got to the spot where I had walked in before, where I had found the carcass, I went back in and towards the thing I saw that morning,  and sure enough, there was some hide and bones in there.  So was it the coyotes that dragged it 20 ' or so farther in?  There was no evidence that it had ever been covered up.  There was certainly lots of trampled undergrowth in there, so at some point there had been a lot of activity.

The coyotes are howling nightly again, so we'll continue walking back through there, carrying the Kougar Konker and clanging the bell. 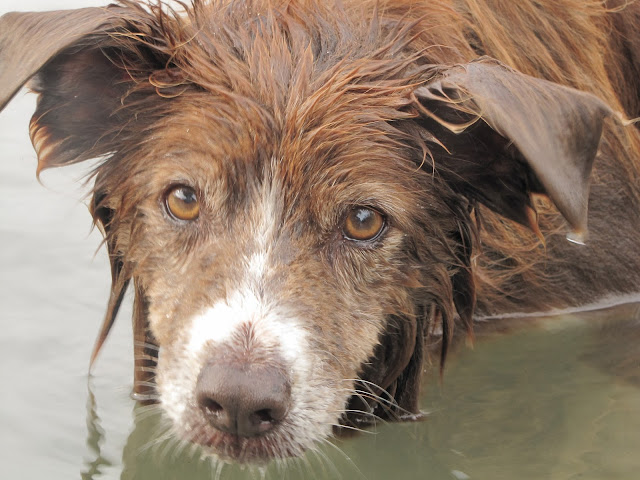 Most mornings after we come out of the bush we stop and pick blackberries.  We are up to 27 buckets now.  It's been a productive week.  Eight buckets picked on Monday, two on Tuesday and three today. My hands, which are a mess at the best of times, are a disaster now.  I have to scrub them with lemon juice before I go out in an attempt to lesson the staining. 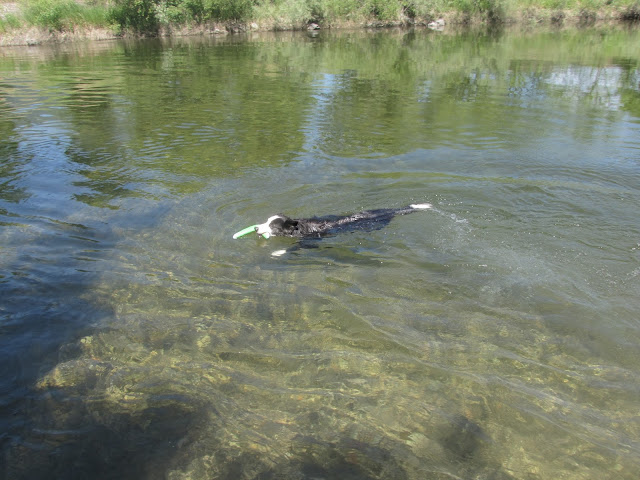 We had some nice rain on Friday and Sunday which was actually enough to do some good.  Still more needed as we are heading into another hot spell.

On a productive note, I got an earlier start on jam this week, with four batches made yesterday.  The first one I made was Mango Chutney.  The amazing part about this was that usually Mango Chutney is the last one of the week, if it even gets done.  Often I run out of time.  I always put it off to the very end because it takes a long time cutting up all those mangoes, onions and apples, and I always do the easier flavours first.  So I'm pretty pleased with myself for getting the chutney out of the way, and in actual fact, I didn't even NEED to make it for this coming Sunday, because I still had enough left from the previous batch.  So I'm really getting ahead of the game:)