Poor dogs seem to be getting a little shorted on their interesting walks these days.  They almost always get a walk in the afternoon off the property, but most of the time lately it has been around the block or up or down the road, and those are mostly on leash walks. I've been making jam every day this week, not that it takes me all day, but it seems like it is afternoon before I get started, and then by the time I'm done, it is supper time.  Anyway, this afternoon we made a point of going for an off leash walk for a change.  We headed down to Duncan Bar.  It's been two months since we were there, and of course everything was much more overgrown than the last time.  I was disappointed that I couldn't find any signs of fruit on the plum tree that had been so loaded with blossoms the first time we were there.  The other fruit trees seemed to be fruitless also, and so were the two large walnut trees.  Too bad, I had visions of going back there in the Summer and Fall and finding all sorts of edble things. 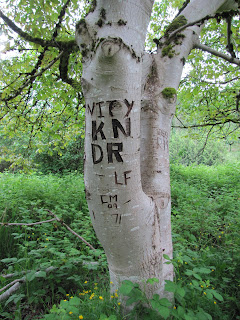 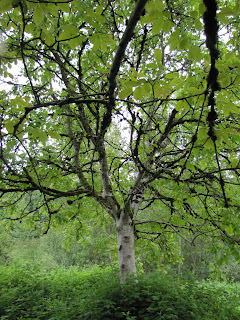 I wandered off the trail to check out the raspberries, and at least they looked good, with lots of fruit coming. 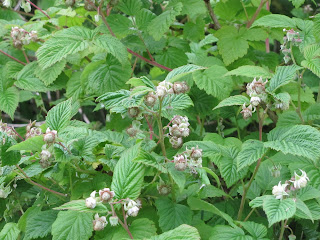 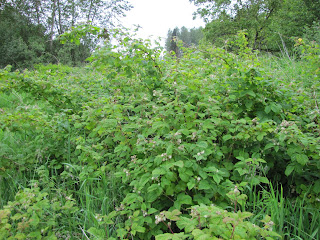 Came back to the trail and there was no one in sight at first.  Then two faithful hounds raced back to see where I was. 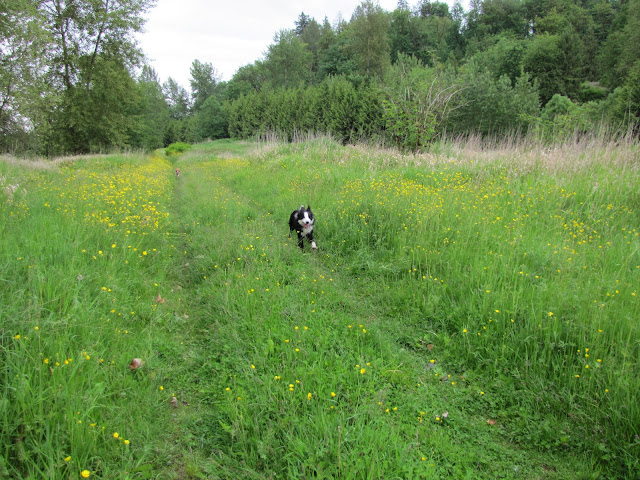 When we got to the end of the trail the dogs got some swimming in.  The Spring run-off has begun, as the river was definitely higher than the last time we were there.  It was flowing quite fast out in the middle, but there was a back eddy where we were . 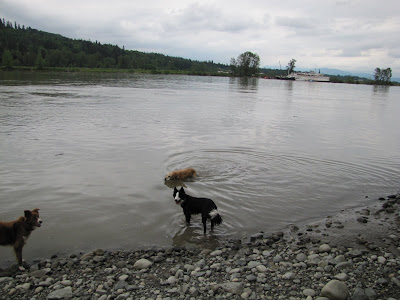 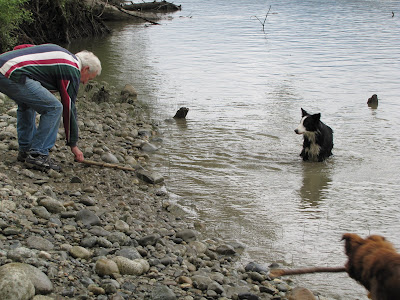 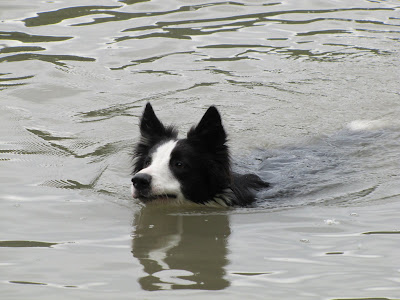 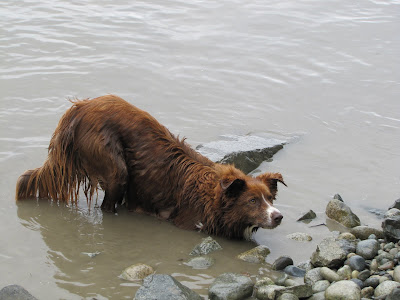 They are always reluctant to leave the water, and on the way back would stop hopefully at every spot where there was access to the river. 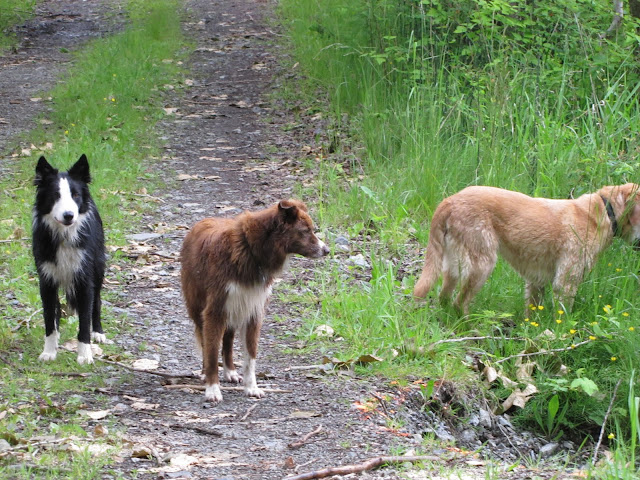 There is a good fence along the south boundary of the park.  At one low spot the fence looked like this. 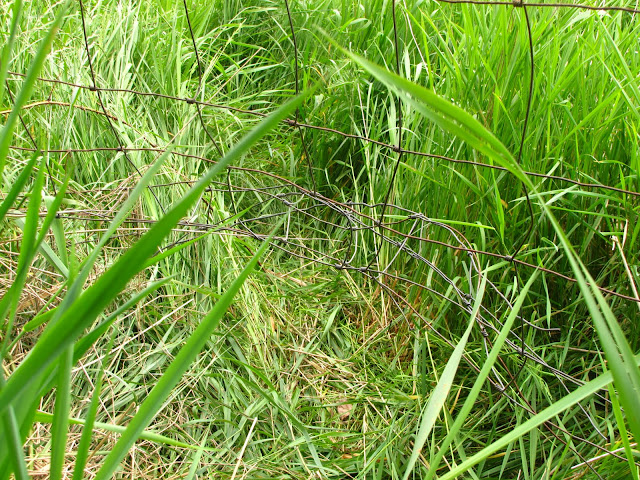 Like something large and round had pushed underneath it.  The only thing that made sense in that situation was a bear.  Hmm, not so sure about coming back for those raspberries.  Well it's between the possible bear and the probable mosquitoes.  I had two buzz around me while we were down there, and something gave me a good bite.
Then at supper tonight David mentioned that the owners of the horse farm across the road had seen a young bear in their driveway one night a couple of weeks ago when they came home.
Hmm, not sure I will be hanging out on my own with Mother Nature in our back bush any more either.
My first bear experience as a child was kind of scary, and has scarred (scared?) me for life:(
Reminds me of two or three years ago when signs of a cougar were spotted in our area.  Larry was still working away from home, so I was doing the bush walks on my own.  I kept the dogs pretty close, walked LOUDLY, and carried a big stick.
Posted by Karen at 11:51 PM