The Start of Another Season

The Abbotsford Farmers Market had the opening day of their summer market season today.  It was a perfect day, sunny but not hot, as there was a nice cooling breeze blowing.

The theme today was 'western'.  I didn't find that out until the day before, and I find I am rushing around to get everything organized, so don't have much time to do the decorating stuff.

A couple of years ago there was a booth decorating contest.  I was at the dog agility regionals, and Meredith wanted the challenge of trying to win the prize, so I left her to it.  She did a great job and won herself $100. 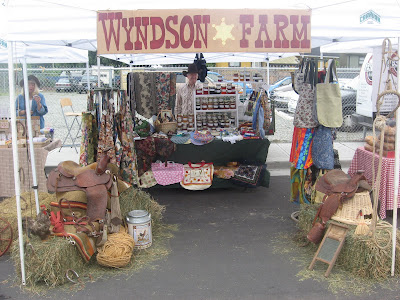 Lucky for me, I had kept the sign she made.  I took that, and Larry threw a pony saddle and a bale of hay in the back of the truck, along with a bridle and halter.  I rounded up a plaid shirt and belt and buckle, bolo tie, hat, and that was the extent of my efforts.  There are a few photos of the market here 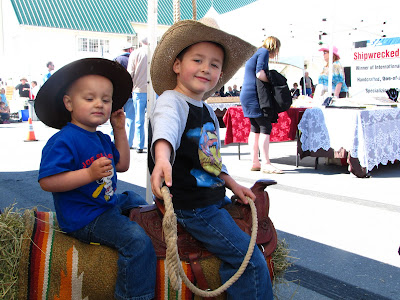 Just love the look on the older boy's face here:) 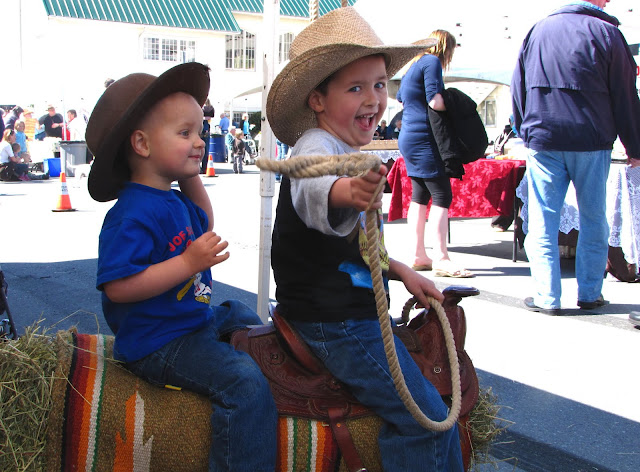 Too bad they didn't stick around to the end of the market.  Two horses and a pony showed up, and they were giving rides on the pony.  I'll bet those boys would have loved that!! 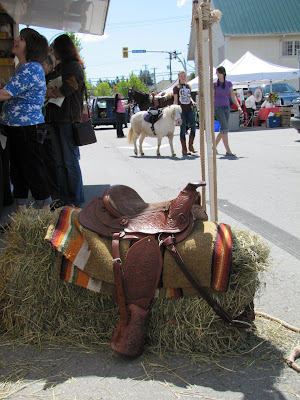 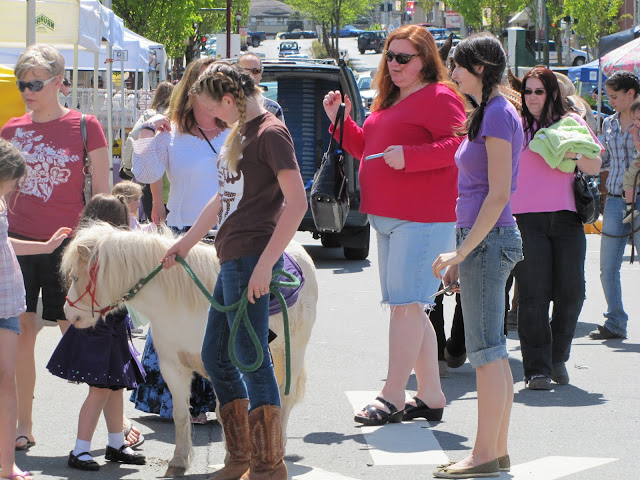