It's a jungle out there.

My favourite part of spring has passed.  I really like it when the fruit trees are in bloom, the trees and undergrowth in our back bush are blooming and just leafing out, but the green hasn't overtaken the world.  Now the trail badly needs to be mowed, but it is far too wet to get the tractor out there.  Gone are the days when the lawn only needed mowing every couple of weeks, not once a week or more. 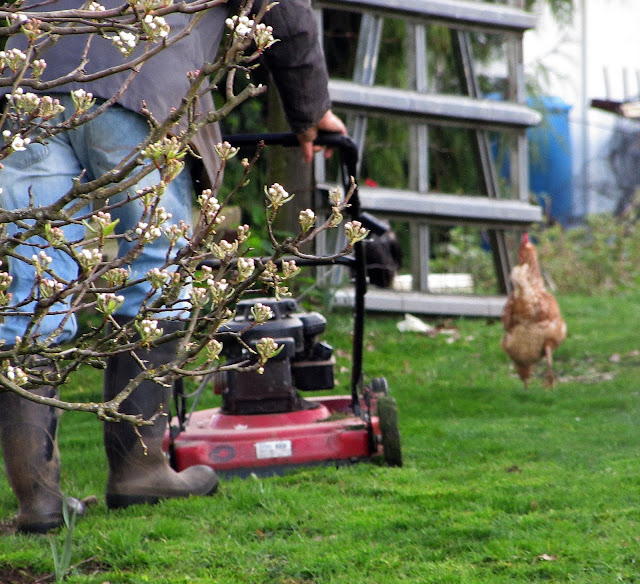 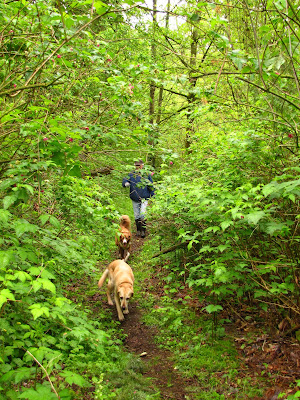 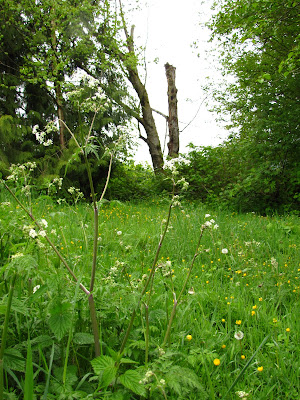 Yesterday I went out into our hayfields with the weadeater and attacked the wild chervil for the third week in a row.  We have had a small patch in the hayfield closest to the house for years.  We are managing to keep it under control, but can't get rid of it.  Every year we cut it off when it flowers, to stop the seeds from spreading.  It is a huge job, either pulling the stems up by hand, cutting with a scythe or weedeater, and then gathering it all up and disposing of it either by burning or garbaging or piling it up to rot.  We had several goes at digging it up, but it always comes back. Then we got a large patch in the back hayfield under the maple tree in the corner.  We tried attacking that by spot spraying with Round-up, (the only time we have used a herbicide here), but we were desperate.  That set it back somewhat, and perhaps if we had got back to it frequently enough, we might have been successful.  Unfortunately other things always seemed to get in the way.  That patch has generated some individual plants mostly along the east fence line.   This year I was determined to really try to knock it back.  A couple of weeks ago, before it was flowering, I weedeated every plant I could find right back to ground level.  Last week I went out again, and some that I had missed were now flowering, and they all got whacked back to the ground again.  Today in the closest hay field, the ones that I had missed the first two times were now starting to flower, about 3 ft high or so, which at least made them easy to see.  The others had sent up new leaves yet again, and were so desperate to flower and set seed that they had flowers on little short stalks close to the ground.  They all got whacked back for the third time.  I am hoping that if I do it again next week, that might be enough to stop it flowering this year.  Not enough to kill it, but maybe to knock it back a bit. 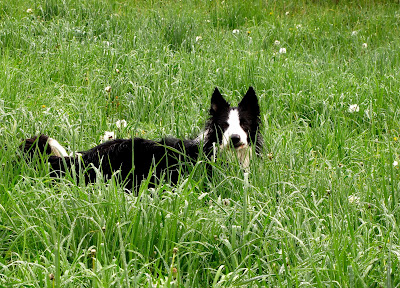 I couldn't believe how long the grass was in that hayfield.  Knee high or more.  Despite the sheep grazing on that field all winter and early spring, it has just gone crazy in the last few weeks.  The next hot spell we get, it will probably be ready to cut. That field is on a south facing slope, and has always done very well.  It gets dosed with horse manure a few times a year, and that is it.
You could lose a dog in there, and it's really easy to lose a ball 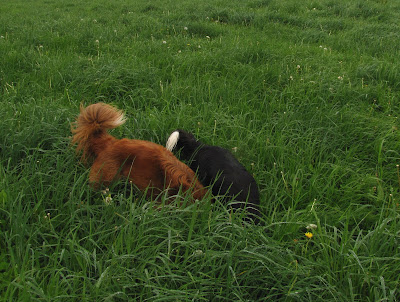 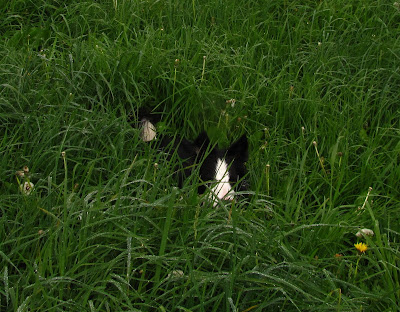 Hard to even think of cutting hay though.  Very cold wind, and rain at times, with sun in between.  We took the dogs for a walk after supper yesterday, and I was wishing I had gloves on. By the time we were done, my hands were freezing.  The poor basil out in the garden, thank goodness it is under the plastic and hoops, otherwise I think it might have just given up.  It was down to 2 degrees around midnight.
Spring got a really early start this year.  The daffodils were blooming by the third week in February.  The salmonberries in the bush were blooming too.  That early heat didn't continue on though.  The daffodils lasted a couple of months at least.  Out in the bush, there are still new salmonberry flowers opening.  This might mean for an extended season, which really isn't good.  If they all ripen close together, it makes for a lot easier picking.  Maybe we will get a blast of heat soon that will move things along. 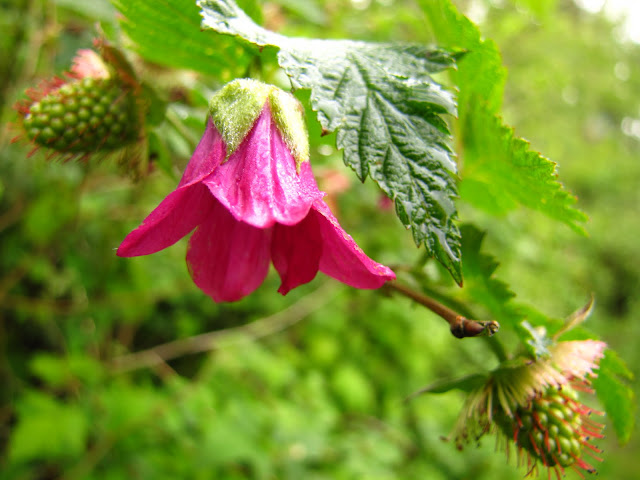 There is one thing about the weather though, no matter what it does, we are always quick to talk about it.  Next thing I will be complaining about it being too hot:(
Posted by Karen at 10:27 AM