Here's a couple of 1964 pictures.   There aren't many pictures of me alone.  I was heading off to a birthday party. My mother would have made my dress. 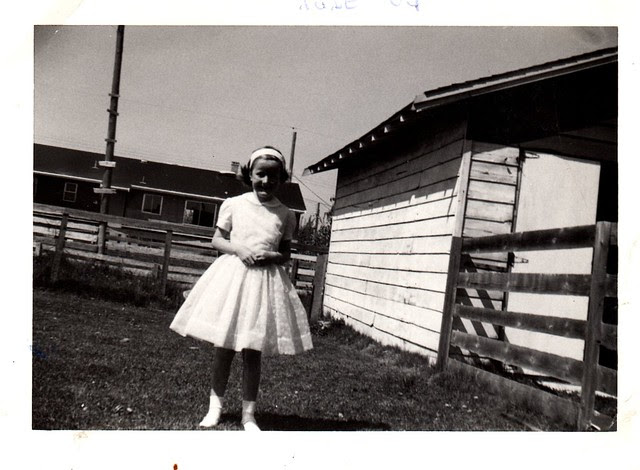 This was our first pet in Canada, the first of many.  His name was Tiptoes, as in 'tiptoe...through the tulips'.  He must have been a cooperative cat who liked to keep the top of his head in the shade.  We had a cat in England by the same name, that we left with my aunt.  With little sister Cathryn (Cathy) and one of my friends, Joan, who was in my class and lived on the next street over. 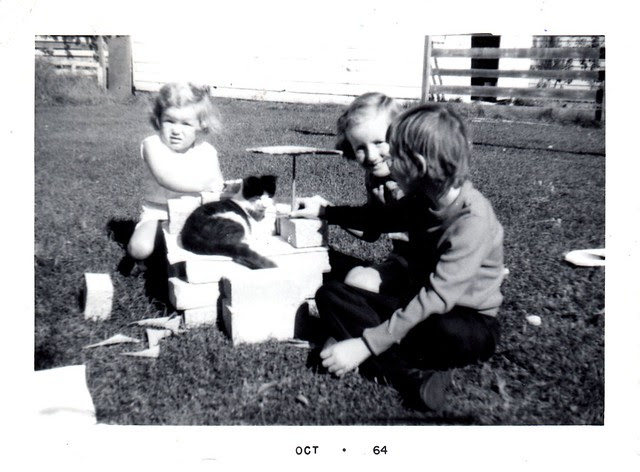