It was opening day at the White Rock Farmers Market yesterday.
Let's just say that it was a very successful start to the market season.  The weather was good, except for the cold wind that seems to plague that site.  It's located right next to and between two high rises, the highest buildings in the area, located on top of the hill less than a mile from the ocean.  They create a gigantic wind tunnel.  Even though it can feel quite summery as we leave home, we have to remember to pack enough clothes for a mild winter's day.  Larry said he hadn't taken enough clothes yesterday, and said he is going to pack a permanent 'White Rock Market extra clothes bag' and leave it in the truck.  Of course we feel it more than the customers, because we are stuck in one spot for four hours.  We do put a couple of tarp walls up at the back of our tent, and that does make it more sheltered.  The only problem comes when the wind is strong enough to make those tarp walls become like gigantic sails, and then it just becomes too dangerous.  Everything has to come down, including the roof on the tent.  We had one day like that at the end of last season.  Just imagine if it started to rain too.  It doesn't bear thinking about:(
So 130 jars of jam later, and that's just yesterday's sales.  Add to that the 40+ jars sold on Saturday, and you know what I'm doing this week.  Oh, and quite a bit of sewing went as well.
This lady had just bought that stripey bag that's slung over her shoulder, from me.  She had her hands full and needed to make her life a little easier. 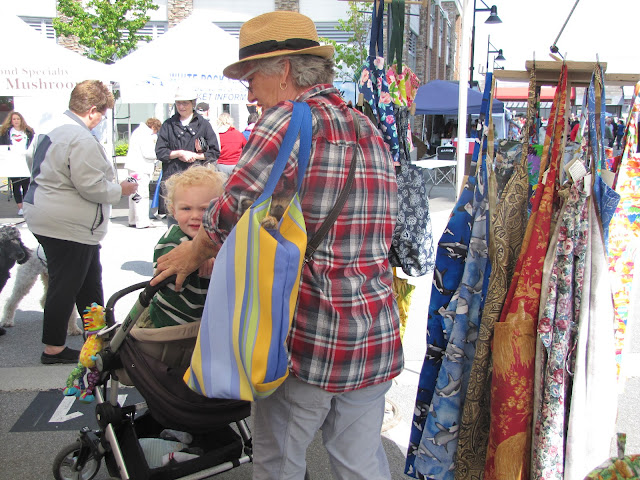 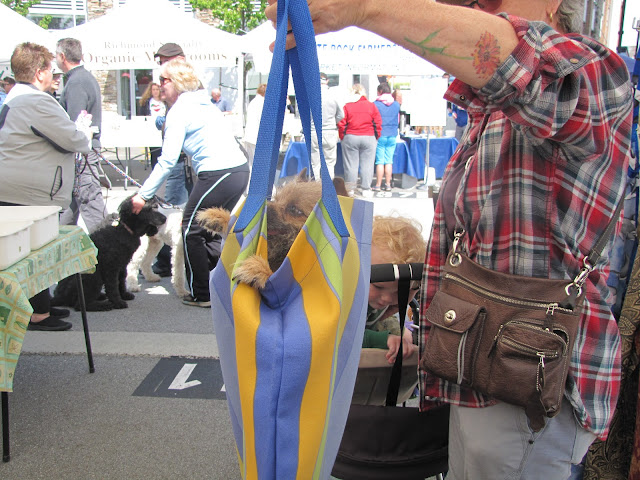 She said this cute little face was being snarky to all the dogs he was meeting at ground level, so this was her solution. 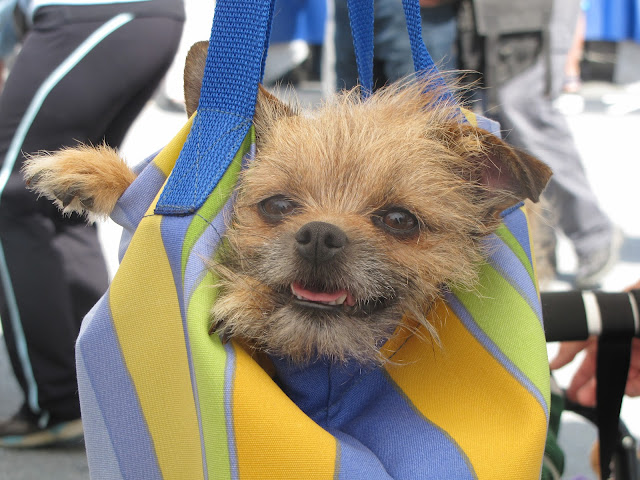 Maybe I could make one big enough for Luna. 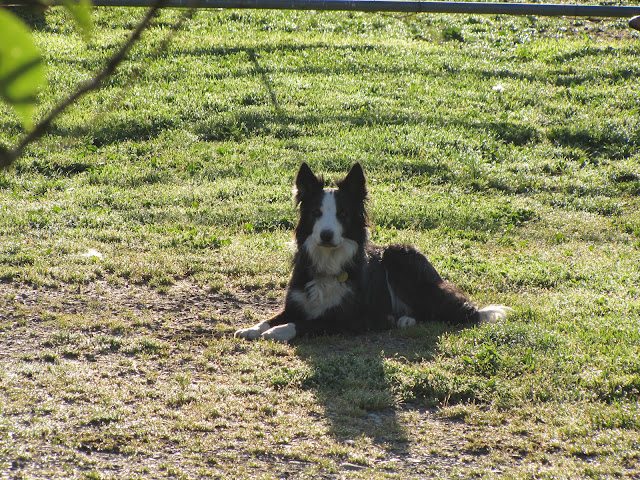