How Are Those Spuds Doing?

I had wanted to get some more potatoes planted, so of course when I found a big bag of seed potatoes with a clearance price on it, I grabbed it.  To make it even better it was a variety I've planted before, but hadn't yet planted this year, and had people tell me that they really liked.  They were nice big potatoes with lots of healthy shoots, but none too long that you had to worry about breaking them off.  I could divide each potato into two to four pieces, and so some 100+ pieces later, here they are all laid out in their not very straight rows.  The whole plot has a curve to it, so I just followed the the outside edge as I raked a trench.  The potatoes don't care that the row isn't straight, and neither do I.  These are Norland potatoes.
To the right of them is a hillock with small blueberry bushes, and the tall grass is some Fall Rye that I didn't rototill in, because I am letting it produce seed heads that I'll add to the flower bouquets. To the right of that is another bed full of Kennebec potatoes.  I grew them last year, and ended up with a ton of little ones, most of which had a green bit on them from where they had seemed to push through to the top of the soil and were sun damaged.  Instead of throwing them out, I just kept them as seed potatoes, and I'm interested to see how they do.
To the left is a mass of buttercups growing around the Fall raspberries.  The raspberries will eventually be higher than the buttercups.  It's been a good Spring for growing buttercups:(  This is a good place to grow potatoes, because there is more likely to be wildlife damage out at this garden, and the rabbits and deer don't seem to bother the potatoes.  We just have to remember to keep the gate closed though, as Pride has tromped through here a few times. 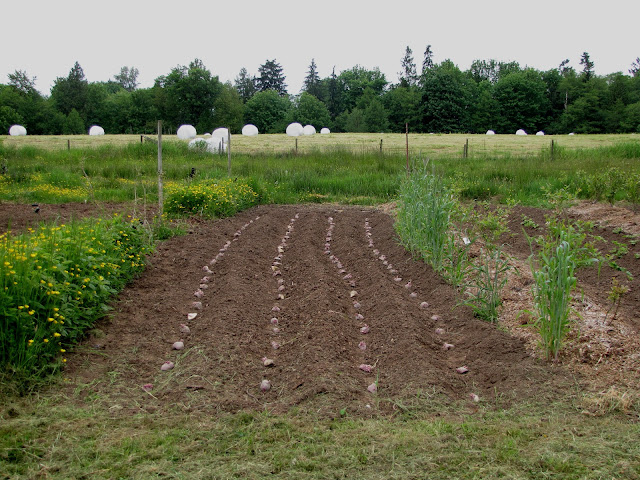 And here's the first potatoes I planted, a couple of months ago, down at the other garden.  These are Warbas.  Hopefully in a few more weeks I'll be able to start sneaking some potatoes out of the hills. 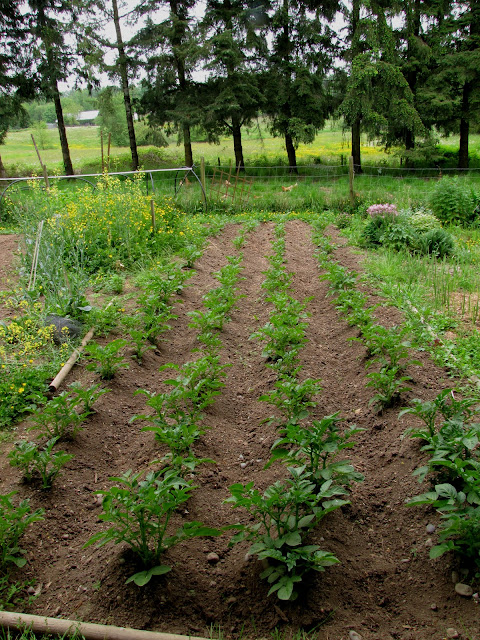 And out behind, the hens are merrily scratching away. 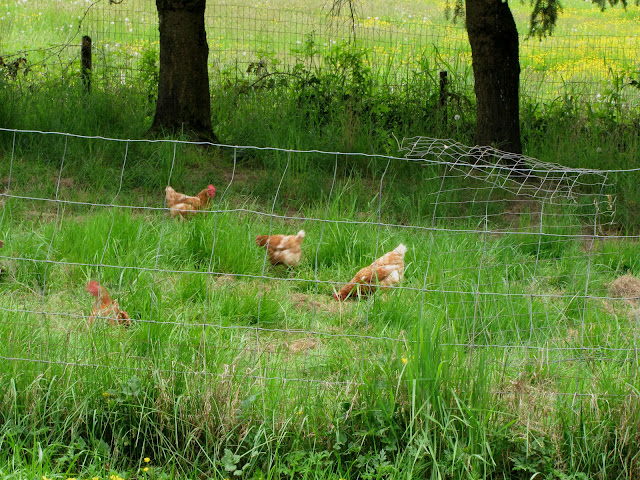 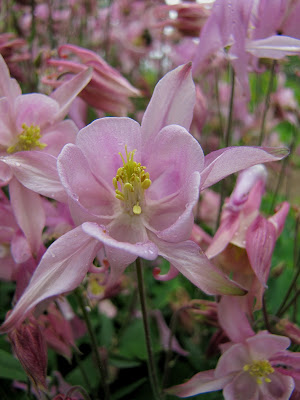 And the great white hunter.
Well maybe not so much anymore.  She sniffed around down here, chewed some grass, and tried to stick her nose into the camera lens.
I wish I could teach her to weed. 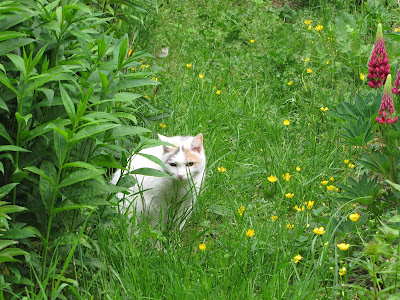 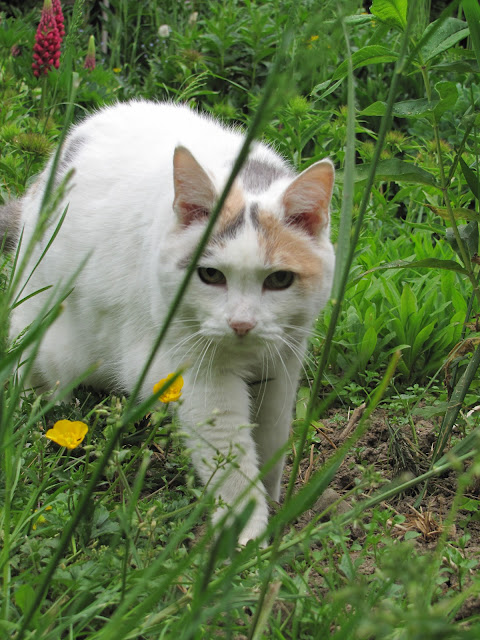