Through My Kitchen Window

If I could build the house of my dreams, one of the big requirements would be to have lots of windows in the kitchen, but specifically a big window over the kitchen sink.  When we did a major renovation to this house, that started a lot of years ago, and isn't finished yet (and never will be), we made what was already a pretty good window by the sink into an even better one.
And when I say 'we', I mean Larry and I.  We added about 1000 sq ft to this house, part of which is a one car garage.  We re-roofed and re-sided the whole house, and replaced all the windows.  We did it all ourselves, almost.  We hired a neighbour and his machine to dig the holes for the footings, we had someone spread the concrete for the floor, we had someone install continuous eavestroughs, and Larry had a friend help with the electrical.
But I digress.  One of my favourite things was the greenhouse type window we installed in the kitchen.  It gives me a great view over the backyard, the hay field, and out towards the back of our property.
(Despite being next to the tap, I totally suck at watering house plants, so that is why the Jade plant looks so pathetic) 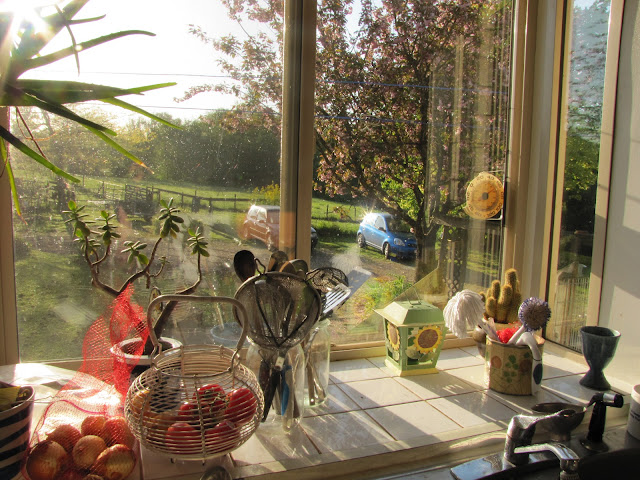 I spent a lot of time in the kitchen this week. 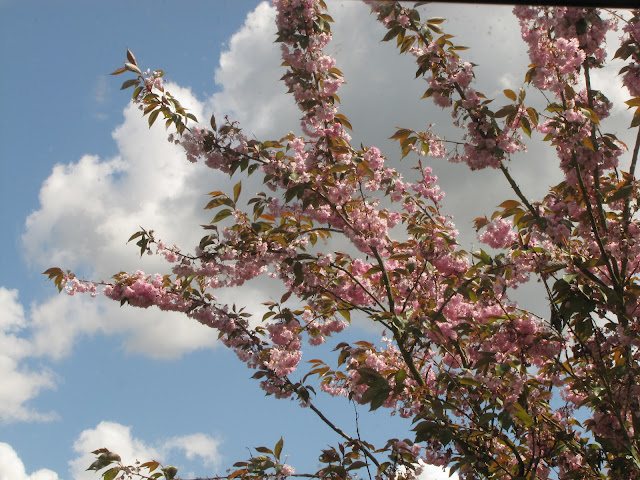 The flowering Cherry burst into bloom while we were away. 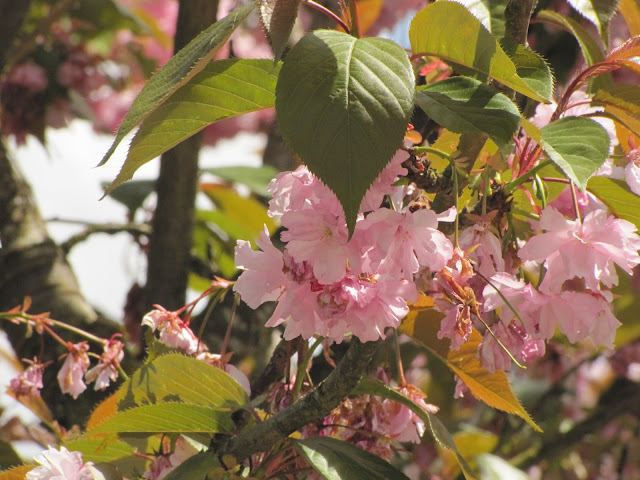 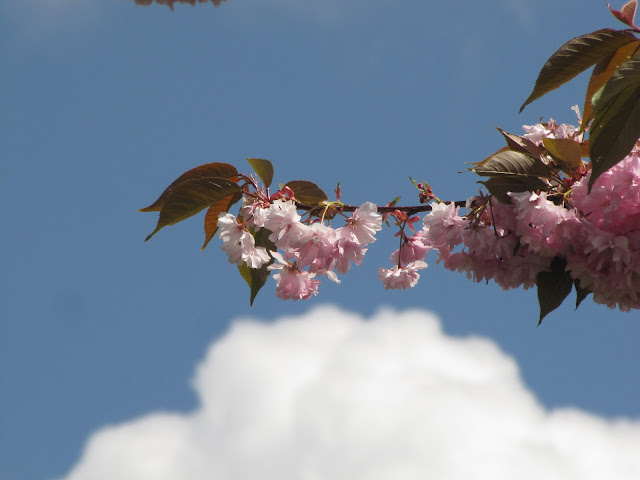 And already it is just about finished, showering pink confetti with every gust of the breeze. 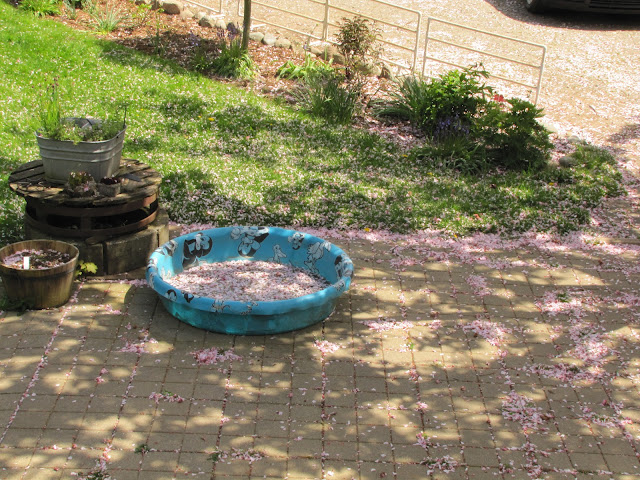 You can just see the staples still in the top of Jake's head.  He finally got them out yesterday noon, nearly two and a half weeks after the event.  When I took him back last week, the vet removed the stitch by his eye, but he decided that he wanted to leave the staples in longer.  The hair has got a good start at filling in the shaved spot. 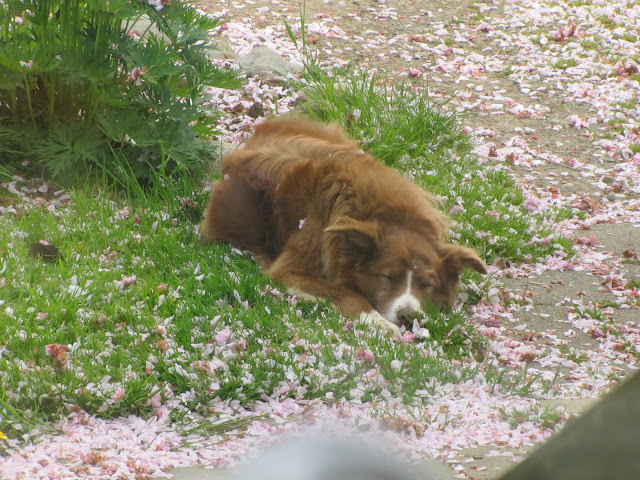