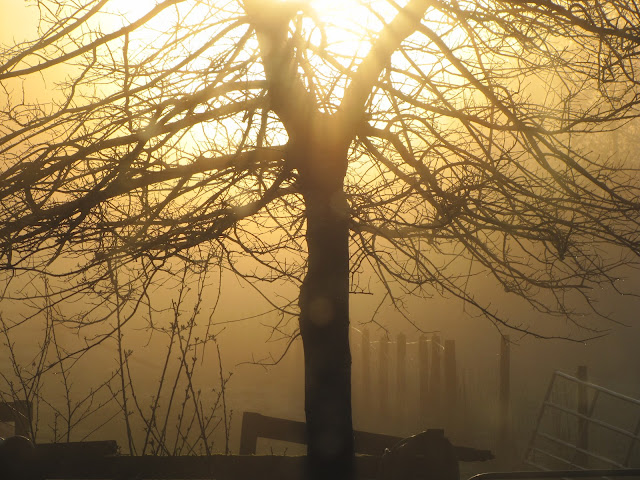 Two more sleeps before Sunday's run.  I'd better make them good ones.  Well I'll do what I can to get to bed at a decent hour, and hope that hot sweats, weird dreams, and random leg aches and pains don't deprive me of a good night's rest.  Yeah, in my dreams....
I read in last weeks paper, in the Monday section devoted to the Sun Run, a wise person saying that 'you run the best run you can on the day of the race'.  She was referring to whatever things that could affect your peak performance.  Things like a upset child that kept you awake most of the night before.  The cold that seems to have come out of nowhere.  The hot sweats, weird dreams, random leg pains....hey that's me!
Words to live by.
So although I have big dreams of finishing around the hour mark, or just under, I'll just do the best I can with whatever I'm dealing with.  Meredith has already told me that I have to stick with her, unless she is having a bad day, and then she'll give me 'permission' to go ahead.    Makes sense, we trained together, and we want to run together.  (Well except I have a bit of a competitive streak, so I might be chomping at the bit, a bit...) She worked with a podiatrist on Wednesday and got a free diagnosis (faciitis) and advice.  So ice, orthotics, rest, anti-inflammatory and a topical.  She felt quite a bit better yesterday, and said she's running on Sunday no matter what.
I've completed every run in our training routine, even though there were a couple I should have missed early on when I had a bad cold.  The plan works.  I've gone from to a non-runner, to a runner.
Monday's run was a killer.  It was a warm day, then it clouded over and got a bit muggy.  Then our group leader took us down into a park area, it was more like cross-country running.  We were down in the trees (still leafless) in a bowl, with no air movement at all, up and down little hills.  There was a killer steep trail to come out of there.  It is the only time that I had to walk when I was supposed to be running. I can't run in the heat.  If I keep this up, I'll have to be up at the crack of dawn to run in the coolness of early morning.
Last night's run I did on my own.  We had a big rain/thunder/lightening storm late afternoon.  I thought it had stopped raining about 6:30.  It was now or never.  When I stepped outside it was pouring again, but Luna and I went anyway.  It was tough, maybe partly because I'd been pushing wheelbarrows of manure around all day. I was having trouble with my left leg.  We were drenched.
This morning my left leg was worse, hip and back of the knee area. It would be related to my back, although my back feels fine.  I think it's slowly working itself out as I move around.
On Sunday I'll run the best race I can on that day.
PS -  I thought a little weight loss might be a side benefit of all this running.
Seems I thought wrong:(
Posted by Karen at 10:17 AM