This was the view from the kitchen window this afternoon. (I was making jam yet again)
I'm not sure who has the most patience....
Jake, who drops a stick, ball, toy, whatever in front of Larry, and then waits for him to throw it.
Or maybe it's Larry, who will play this game for a very long time...unless Jake gets impatient, and starts to bark.  Larry seems to be programmed to throw whatever Jake puts in front of him.  Maybe it's a 'man' thing.
See the stick in front of Larry's right knee?
Funny, Larry opened a gate so Jake could go back and get this stick on our way back from the bush walk this morning.  Then later Jake dropped it behind Larry who was pulling a wheelbarrow backwards through a gate and up a hill.  He stepped on it, slipped and fell onto his elbow which jammed his shoulder....not so funny.
So really, I'm surprised he was as patient as he was with Jake and his stick this afternoon. 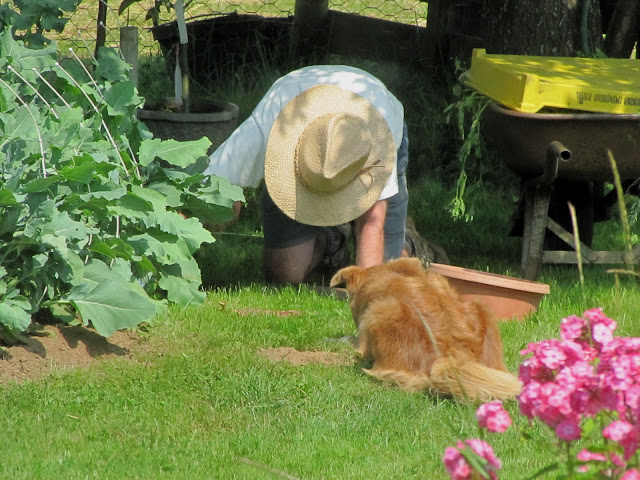 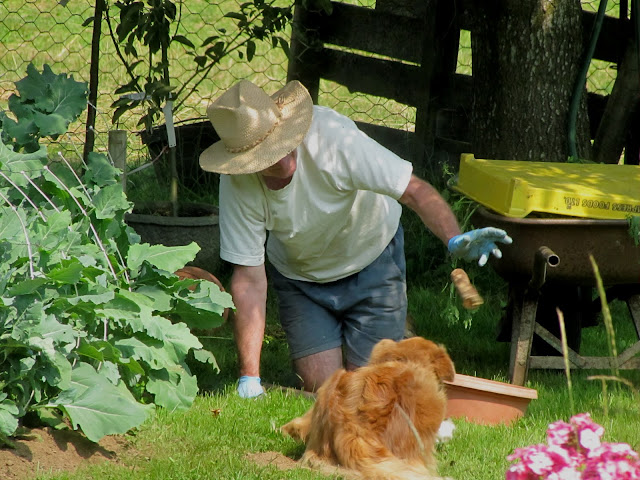