Have you any wool?
Yes sir, yes sir, three bags full.
The sheep shearer came today. Here he is shearing April.  I'm stood in the kitchen, stirring apricot jam with one hand, and trying to take brilliant photographs with the other.
Not going to happen I'm afraid. 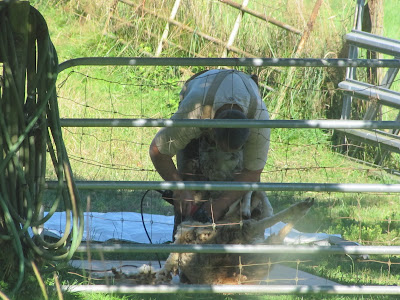 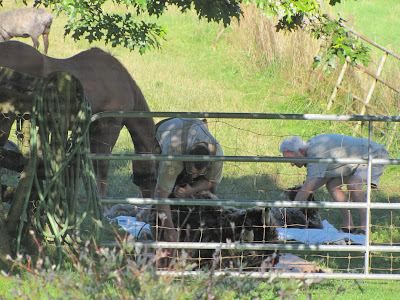 One of the 'three bags full' 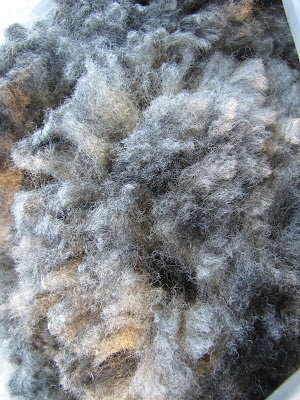 April and 'the old ewe', and Luna of course.
Poor April.  At 15 1/2 years old she's like an old lady with dementia.  She still toddles around and eats, but isn't carrying any weight.  It was tough to shear her, so she looks a little rough.  The shearer moves and bends the sheep in various ways to round out the part he is shearing, to create a nice smooth surface to run the shears over.  It was hard to create any smooth surfaces on April, there is no fat, she is all points and angles.
I don't think she'll be around much longer, but so far she isn't suffering.  She's the closest thing to a pet sheep we have. 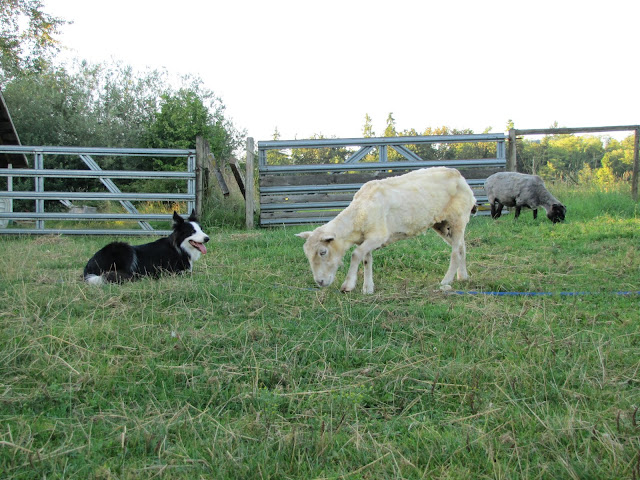