Day 1 at the agility championships.  Today was consisted of a couple of practice runs which I entered, and a couple of steeplechase runs that I didn't.  It started out raining, but finally mid afternoon the sun appeared.
I got to schmooze with some celebrities today.  Fans of Wootube! will recognize the Flamboyance and Flambe of the WooTwoo!  In fact, I got to be Wootie's personal masseuse for a few minutes.  Let me tell you, they are smaller in person than they appear in their pictures.  I can only hope that I am also smaller in real life.
And Woo can jump like a pogo stick:) 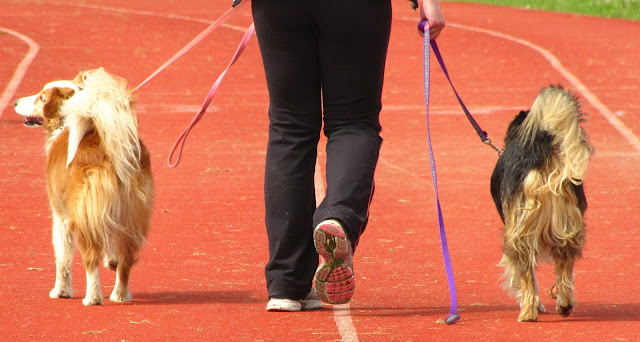 About 5:30 or so we had the opening ceremonies, with the flag bearers being a couple of fellows and their dogs that were in the first Regionals in 2001.  I know that the border collie Kylie is running again this year. 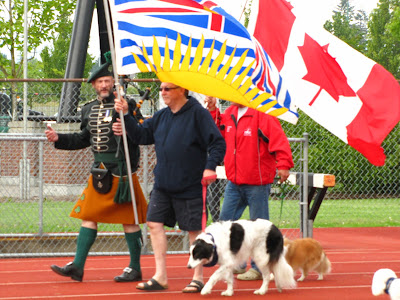 We all paraded around the track, or at least some of the 411 dogs that are entered did. 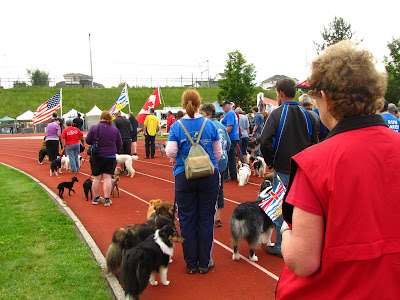 There were poodles in all sizes.
Standard Poodles
The one laying down is Shae.  She and Calli used to be in the same agility class about 8 years ago.  Shae is 13 now. 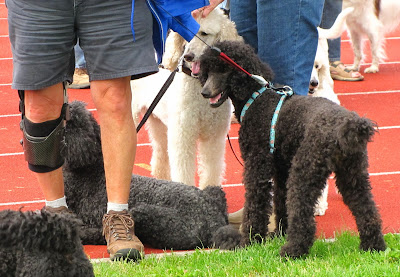 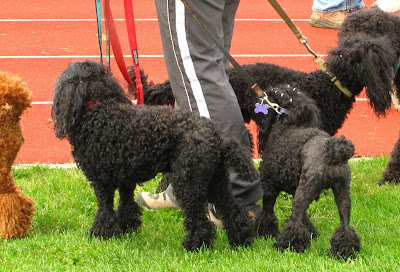 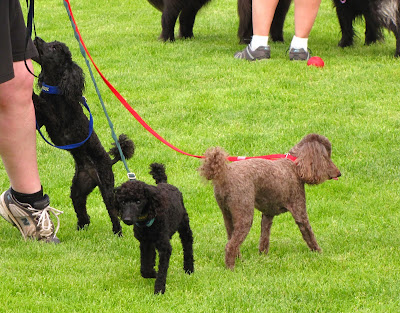 In the meantime, Larry helped with some course building while the ceremony was going on. 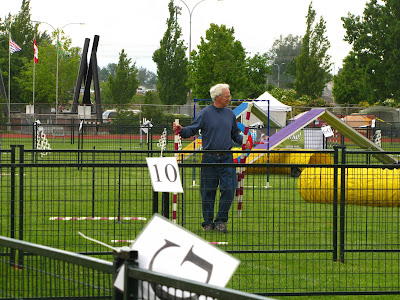 And Jake found it all kind of boring. 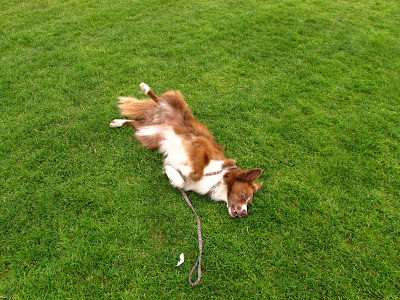 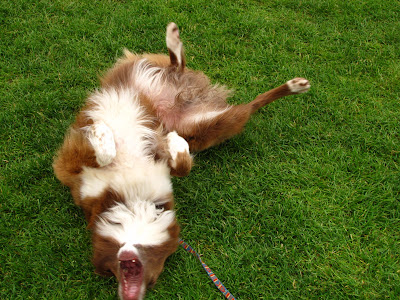 The real competition begins tomorrow.
Hopefully it goes decently for us!
Posted by Karen at 11:03 PM