This morning, early, I could hear the roar of the propane burners of a hot air balloon.
The dogs had gone out a little bit before, and Jake now had his nose pressed to the glass door, begging to come in.
I went out to let the chickens out, and here is the balloon coming right over our house and heading over the trees in the sheep field. 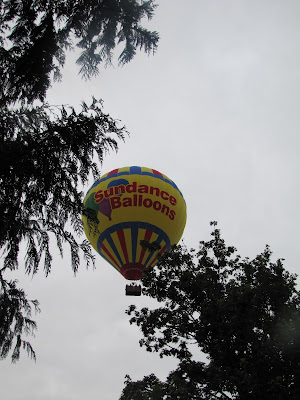 Right over my head.  When I waved, people waved back to me.  I heard someone say 'look at the dog', as Luna did her usual outrun around the sheep field.  I felt like I was putting on a performance, being watched from above.  It was a weird feeling. 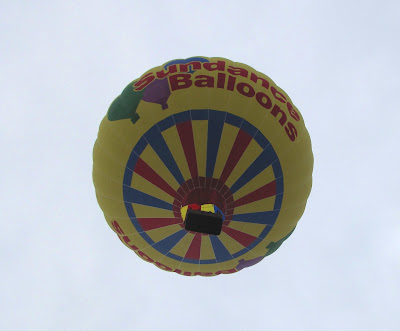 I headed over to the south field to let the other coop of chickens out, away from the direction the balloon was going.  Those hens would have been able to see the balloon from the window in their coop.  They were a little more hesitant about coming out, and stopped to have a good look at that great big 'predator' in the sky. 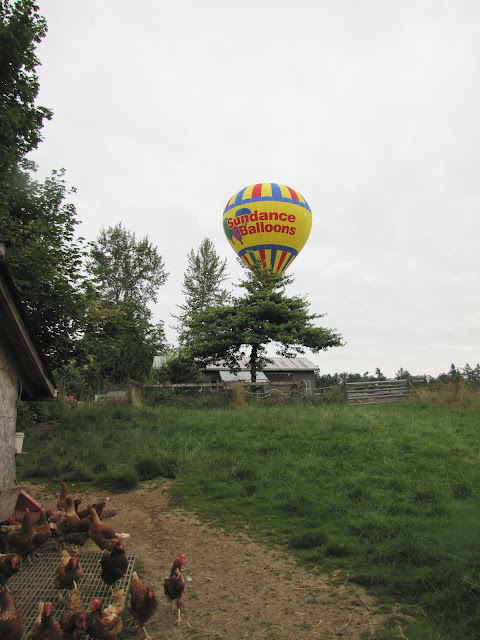 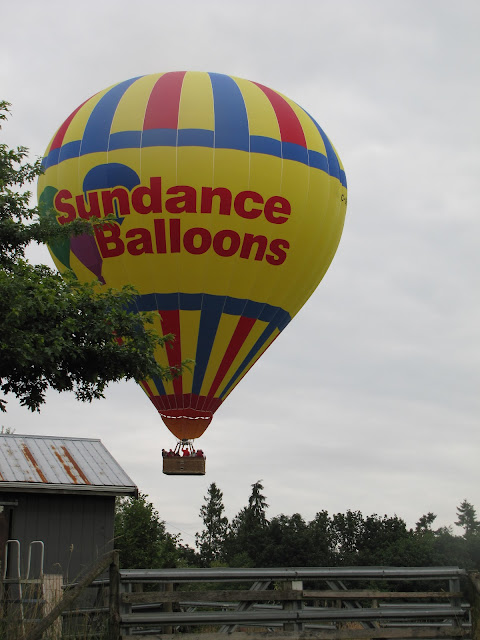 Just landing in the field next door 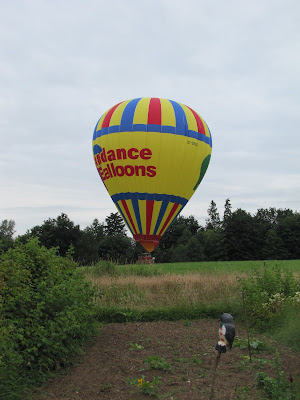 I thought Pride might be all wound up and snorty, but I don't think he'd even noticed.   His hearing isn't so great any more.  He finally saw it when  Luna ran out to him and he put his head up and then saw the deflating balloon out of the corner of his eye. 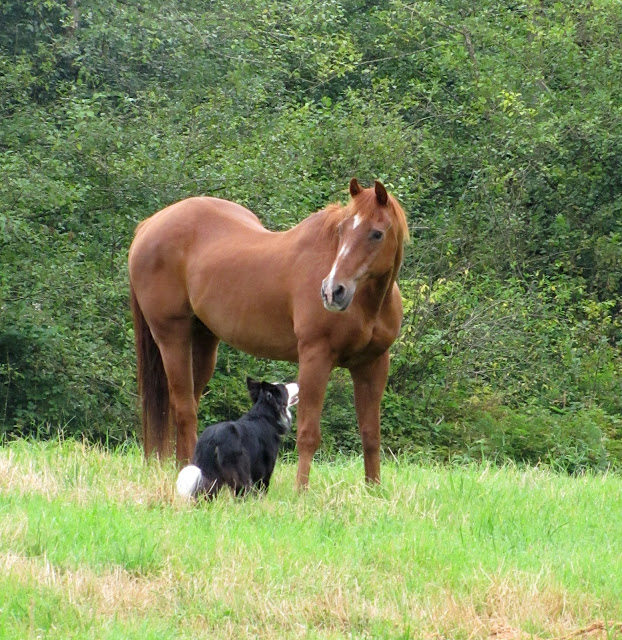 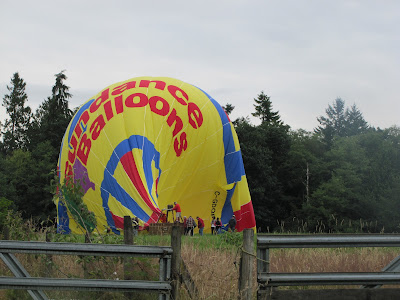 I brought Jake back out, he wasn't really thrilled about even looking at the balloon, but since it was no longer making those roaring noises, he figured he was going to be okay. 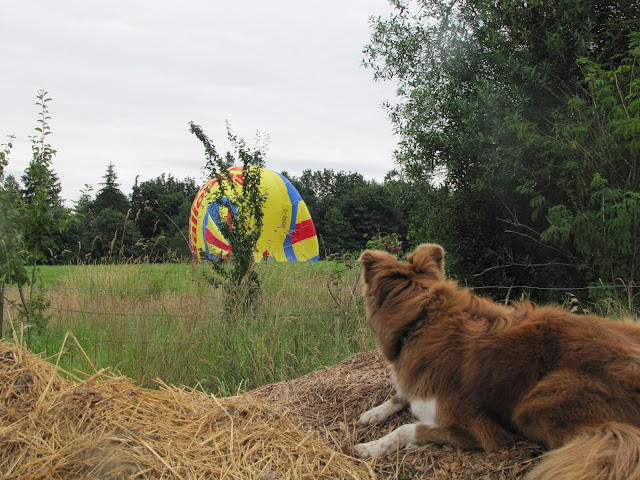 The wind late yesterday afternoon undressed some of the blueberry bushes.  I dressed them back up again after I picked the ripe ones.
Breakfast appetizer! 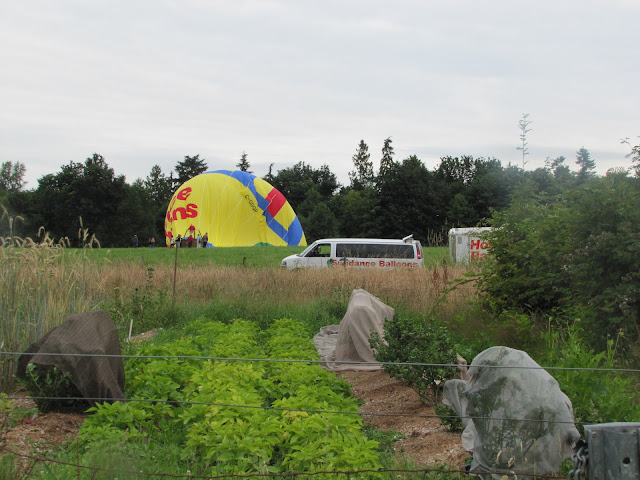 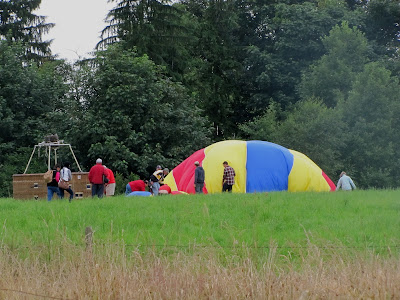