I can't believe that another year has gone. It seems that the older a person gets, the faster the time goes.  2011 was the year that I was really faced with a sense of my own mortality.  When my mother had a stroke back in May, at first it seemed like it was just a rather large bump in the road for her, and before long she would be back to her 81 year old 'normal'.  The doctors all thought that she would regain the use of her arm and leg, but that wasn't meant to be.  At the start of this new year, she resides in a nursing home.  I thought my life would settle down again after her move from the hospital, but so far it hasn't.  As one issue with my mother is resolved, another pops up to take it's place.
Larry's mother, at nearing 102, passed away at the beginning of December. While it was not unexpected, it still leaves a great sense of loss.  One of her two remaining sister-in-laws, (Larry's aunt) passed away suddenly shortly after that, and then one of his cousins at the end of the month.  The year for Larry did not end well.
People I know, have and are still dealing with terrible diseases, and some have succumbed.  Death does not seem such a distant thing any more.

It was a long cold Spring, and Summer took it's time, but eventually came through for us in the end.  The Farmer's Markets went well, but are all consuming in the summer months.  I've decided this year to take one Saturday off a month.  Three of those Saturdays will be taken up by dog agility events, two of which will involve going away for a change of scenery and a bit of a holiday, and will also mean we will be away for the whole weekend, so no Sunday market either.

The animals are mostly doing well. We lost our old sheep April, but so far our other seniors seem to be getting along alright.  The highlight of my doggy year was Jake's win in his division at the BC/Yukon agility regionals,  as well as Luna's success at the event. 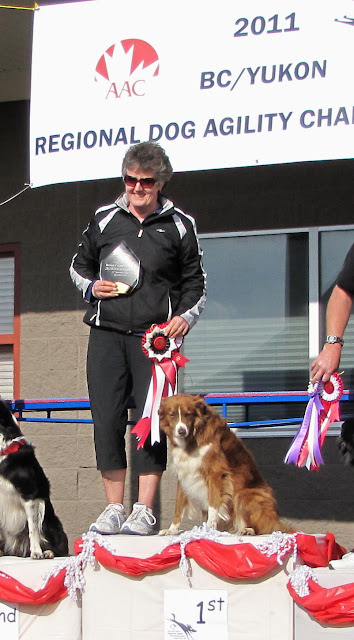 October brought our wonderful little holiday in our trailer, and this year we are going to try hard to get away in the Spring before the markets are in full swing. 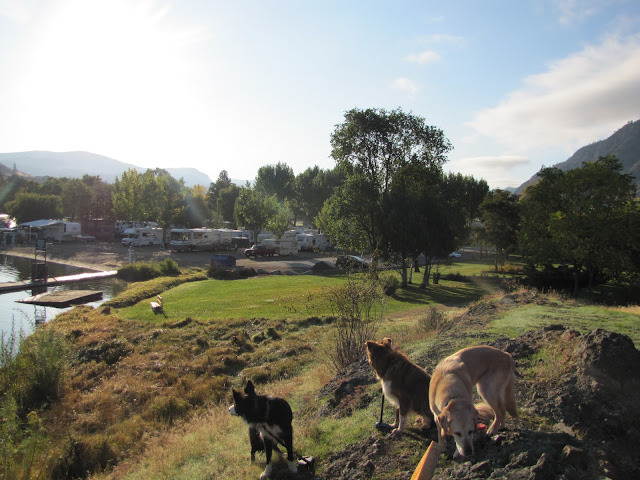 Then there was the long downward slide into wet and darkness and Christmas, and now we are once again, climbing towards the light. We have gained seven minutes of daylight since the Solstice! The interesting thing is that the time of sunrise hasn't got any earlier, in fact is two minutes later than on the 21st.

So here we are, at the start of a new year. Time is passing so fast it is already the third, before I've made my New Years post.  A few resolutions have been made, with most of them to be expected to be forgotten after a few weeks.  I don't have an issue with that.  A few weeks of healthier eating/exercising/being more organized etc, is better than nothing at all.  The power walking that I started sometime last year, has had it's ebbs and flows, but I'm still doing it, which is the important thing.  My plan this year is to enjoy life more, as we can never be sure of what the future holds, and things can change in the blink of an eye.
Here's to a great 2012!
Posted by Karen at 2:15 PM