Remember Chance?
He was the Lab puppy that my sister in Ontario was 'puppy walking'.  That means that she raised a young pup, socialized it, trained it, got it used to all sorts of different situations, before it went into formal training to be a guide dog.
Here's Chance the day he arrived last March, just 10 weeks old 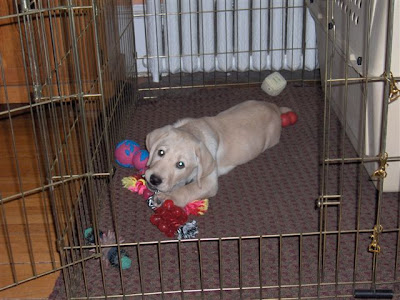 And Chance doing some of his training at the mall. 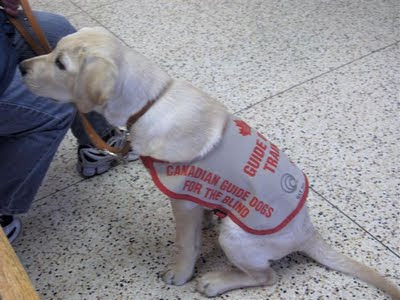 And this is Chance just recently. 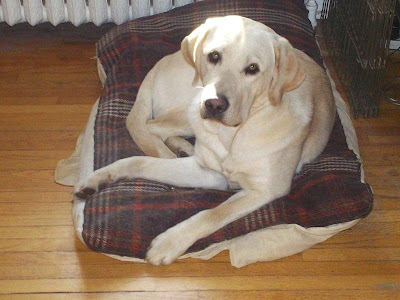 Cathy did such a good job with Chance, that he has already moved on to formal training.  She spent hours working with him, and just after he was a year old, about two weeks ago, she was told that the time that all puppy walkers dread....had come.
There was a very emotional handover to her puppy supervisor, and Chance was gone, and he had left a huge hole in Cathy's life.
Not that I thought it would make her feel any better, but I thought I would send her this.  A book bag/shopping bag/whatever bag.  One of those pillow panels sewn on the front.  A late Christmas present/early birthday present/thanks for doing such a good job with Chance present. 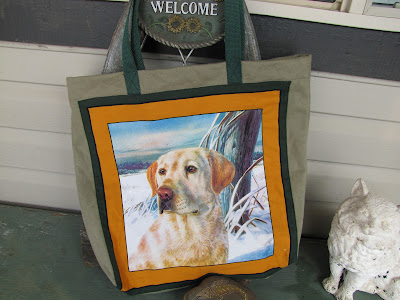 And here's the back. 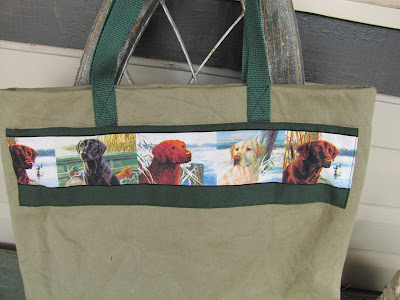 And Chance, well he's Mr. September. That's him in the CGDB calendar. 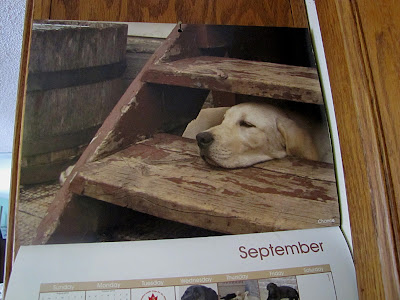 And Cathy, she said after a break that she would do it again with another pup.
Canadian Guide Dogs for the Blind
Posted by Karen at 12:47 PM