A Walk in the Park

Yesterday afternoon we went down to the Fraser River with the dogs.  A change from our walk around the block that we do most days.  We had hoped that the river level and the tide would cooperate and expose the big sand bank that we sometimes see there, but there was no sand bank to be seen.  We are a long way from the ocean, but the river is still affected by the tides in this area. There is a little park between the river and River Road, right there, so we went to that instead.  It's a parking lot and some picnic tables and a trail that ambles through the cottonwoods heading east, and then just stops and you have to come back the same way.  Our dogs found it wonderfully exciting, somewhere different, and Calli really hustled along, which was nice for us because we felt like we got some half decent exercise too.  Had the dogs off leash, not supposed to, being a park, and just as we got there, someone else was leaving with their off leash dogs.  There was only one other vehicle there, and it was parked further west, maybe a fisherman.  I figured if they were walking down the trail, they would be at the same end as us.  So off we went. Now Luna likes to forge ahead more than I like, so every time she disappeared around a bend in the trail she got called back.  I like walking her in more open areas or on trails with long straight stretches so I can see well ahead, considering she is reactive to other dogs.  Near the east of the trail there was some sort of hot scent, and Luna was more interested in that, and running with it, than interested in me, so she lost her off leash privileges.  Jake was sticking pretty close because if Luna is getting in trouble, well geez I'd better be a good boy.  He is very sensitive and seems to take all harsher tones to heart.  On the way back we did meet a couple walking another dog, on leash and muzzled.  I got Luna off the trail and had to work on Jake to get him to come back, as he seems to think that he should greet all other dogs, and seems to be developing that senior dog selective hearing.  I had to concentrate hard to keep him in place, and then didn't really have chance to work Luna through the other dog passing, so there were a couple of snarky moments from her.

It was a beautiful day though, and the river was moving very slowly, maybe the tide was still rising there.  Lots of leaves were floating downstream. 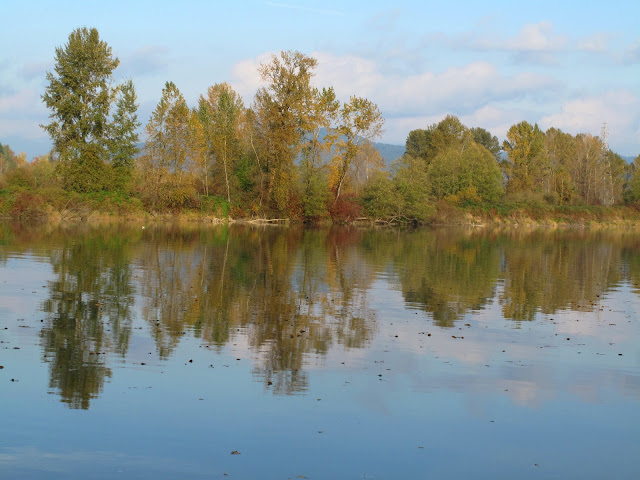 After the walk we went down the little gravel boat launch and the two collies had a swim.  I'm not used to them swimming in such murky water, I like the clear water better, I like to see what is in there where they are running in. 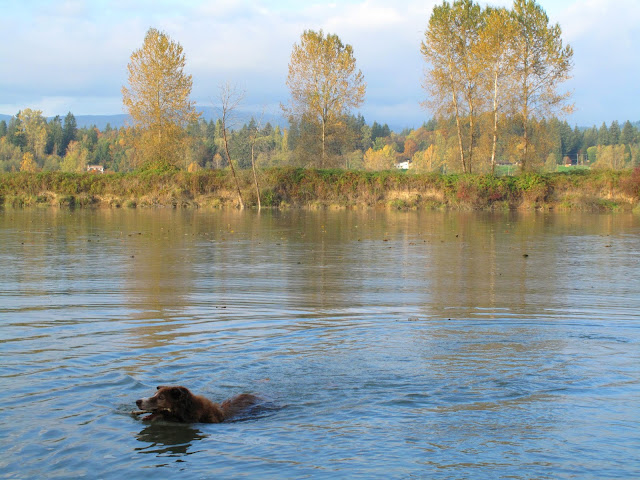 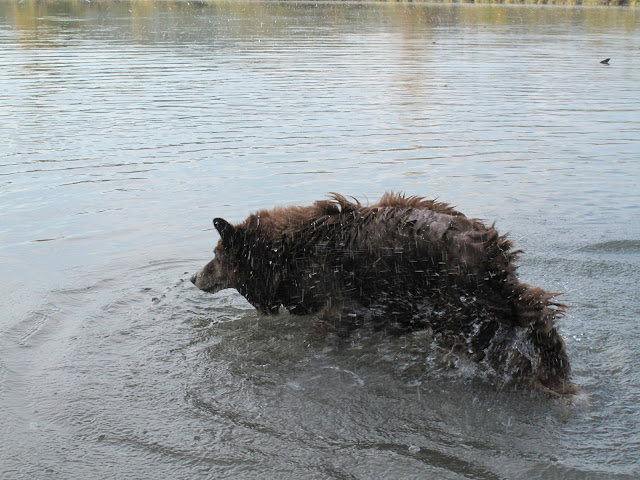 And to help dry them off I played games of sending them out and around this tree. 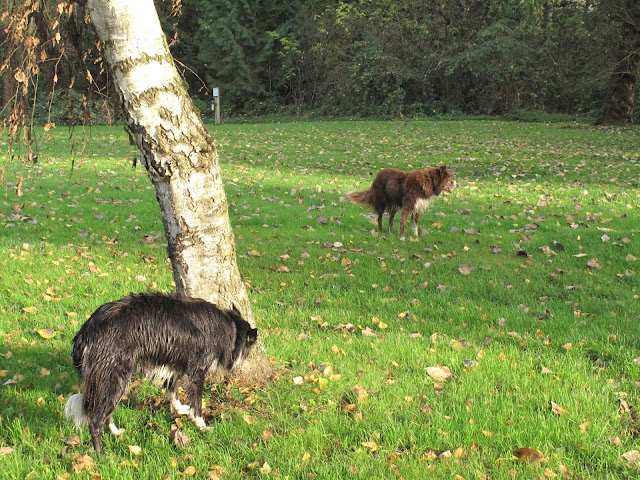 Some dogs like to roll a lot, which was good, as she ended up as the driest. 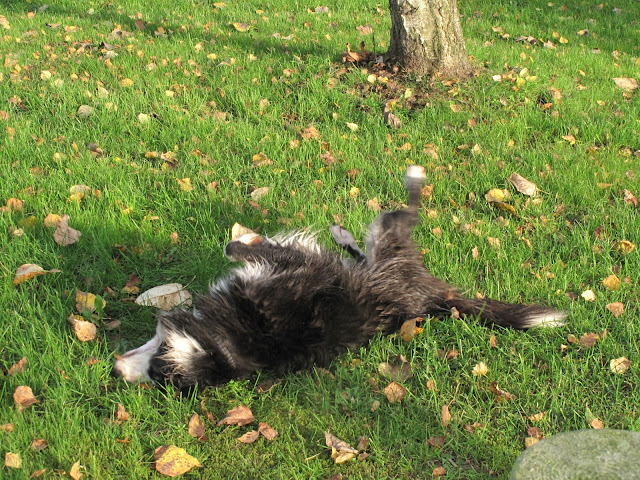 A mostly nice hour spent by the water and in the sunshine.