Remember those two big squash (squashes?) that I showed you?  The ones whose seeds I'd saved and I figured were from hybrid plants because they didn't look anything like the parent squash?  Well in our other garden, the one farther away from the house, I had some more of them.  This one was about half the size of those other ones I showed you.  This is the side that was sitting against the soil, so it wasn't as orange as the rest of the squash. 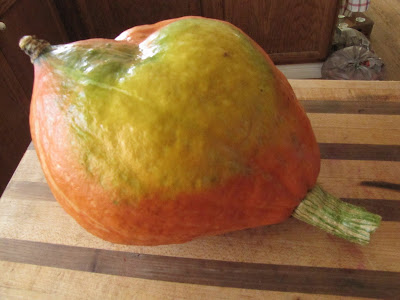 When I cut it open, it wasn't quite ripe inside. 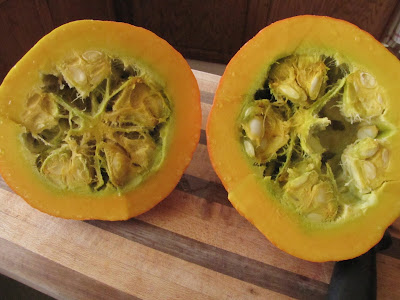 But too late, so I cooked it up anyway 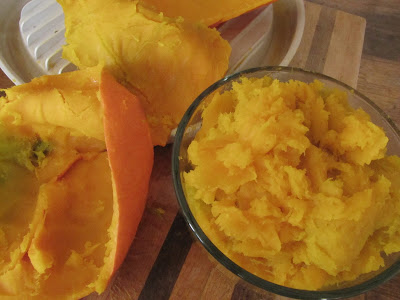 And it made a nice curried squash soup.  Of course the ham on top made it really delish! 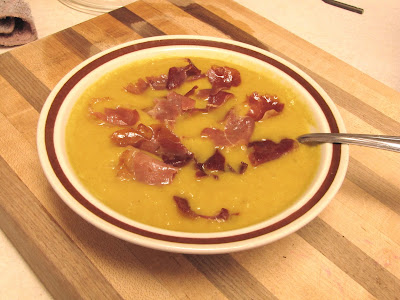 I was really disappointed that my attempts to grow enough squash to last us the winter kind of failed.   I may have grown about a dozen squash.  I think a lot of it had to do with the dry summer and where I had planted them and the fact that they had to be hand watered and I just didn't do it enough.
So I was pretty pleased to see that the place I buy most of my rhubarb from in the Spring (150 lbs or so for jam) had a sign saying they had squash for sale.  Last week I stopped in there and bought about 90 lbs.  I maybe got a bit carried away, but they were only 35 cents a pound, and you know how I can't resist a bargain.....  And they are grown with just horse manure....

Aren't they beautiful?  A Fall display in four boxes. 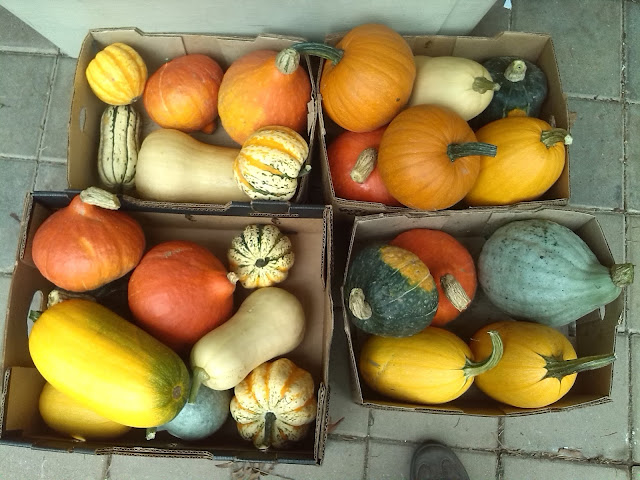 We so enjoyed the Delicata squash for lunch one day.  That is the long striped one in that top left box.  And I cooked one of the sugar pumpkins up and tried it in our porridge recipe and it turned out just fine.  So on Saturday we stopped in there again, and bought about 9 more sugar pumpkins and a box full of delicata.  Another 50 lbs of squash!  The Delicata are great to have each for lunch. My plan is to cook much of the other squash up and put it in the freezer, so it is all ready to go when I feel like making soup.  I'm really good at having great ideas like that, and not following through on it, so we'll see how that goes.