I like to kid myself and pretend that Luna comes out with me to the garden because she just can't bear for us to be parted.  Yeah right.  She comes with me because she can't bear to miss me using the rototiller. 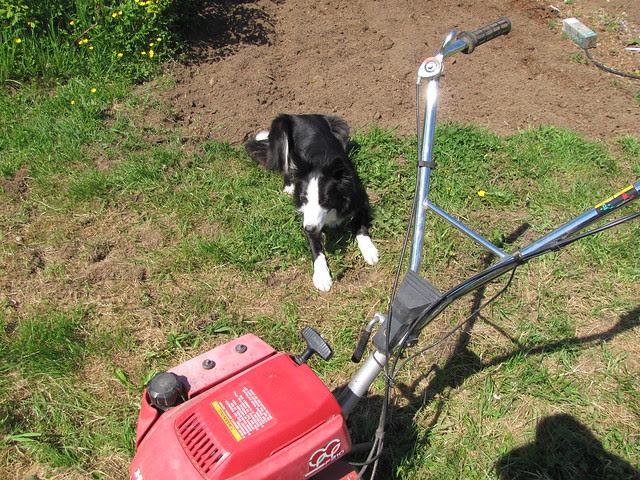 From the potatoes we'd grown last year, we had kept a bin for our own use.  Over the winter the biggest ones got used up, and what were left were kind of getting old and a bit shrivelled, so I just didn't use them any more.  Well Spring rolls around (actually, it feels like summer right now) and all those old spuds are desperately sending out shoots and roots in an effort to reproduce.  It was a tangled mess. 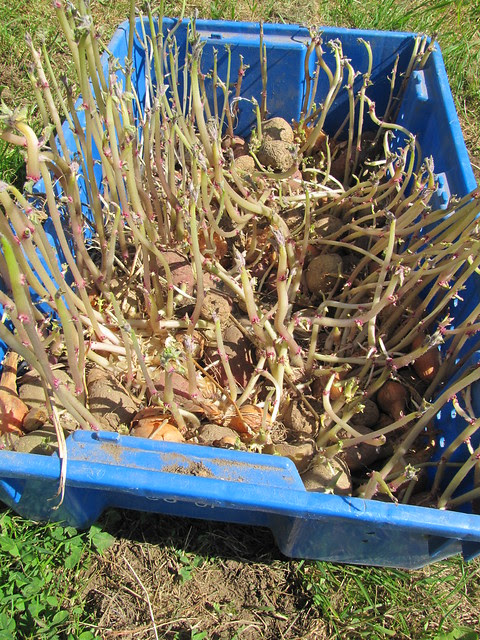 Even the tiniest potatoes got in on the act.  You look at them and have to wonder where all that shoot came from.  I planted those too, just put a few all in together. 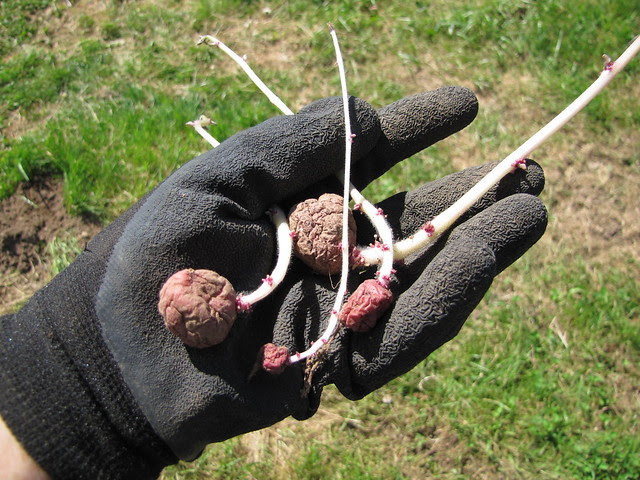 Eventually all the potatoes got planted.  The red ones were Norlands and the white ones, which didn't have very long shoots at all, are Kennebecs.   I had raked trenches, laid the potatoes in there with the shoots stretched out along the trench, and then just pulled soil back over them.  I'll rake it up into a mound as the shoots pop out of the soil. 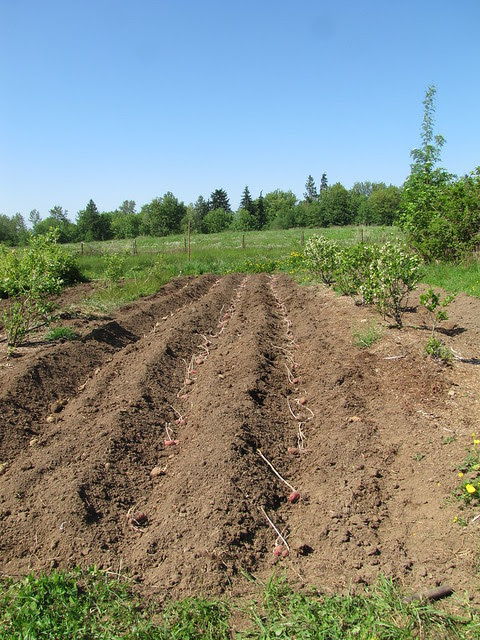 In the meantime, Luna had settled down in the shade.  She had made a few trips back down to the house when she heard Jake barking at something, but she always came back and flopped back on the soil.  She looks like she's kind of dozing off. 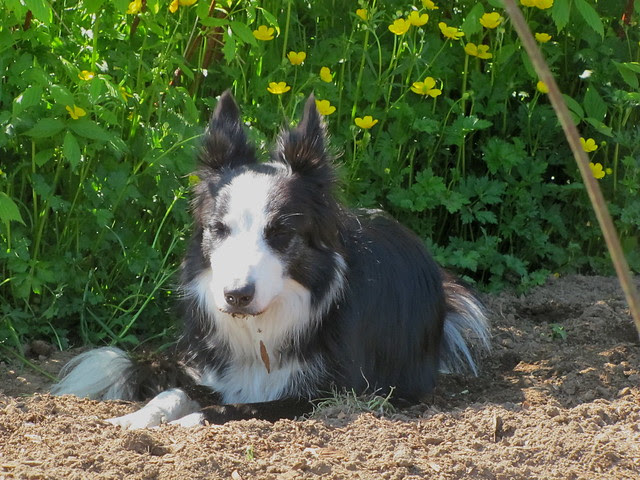 But if you look at the bigger picture.... 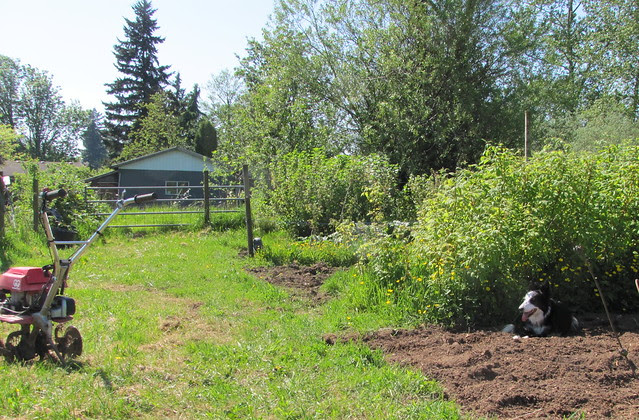 You can see that she's in the perfect spot to keep her eyes, or ears, on the rototiller.  Everytime I walked that way her eyes popped open and her ears perked up.
I moved to the plot on the other side of the greenery behind her.  Larry had dumped some piles of rotted horse manure and shavings and I needed to spread it out so that it could be tilled in.  I think she finally decided that no, I really wasn't going to start up the rototiller.  So since a herding dog needs something to herd, and the rototiller wasn't cooperating, she went down to the house and pushed her ball all the way up to the garden.

Kick that thing for me she said. 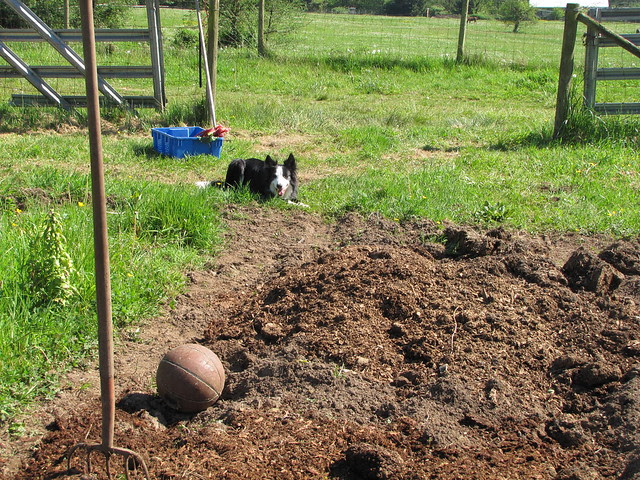