The Calm During the Storm

No, I'm not talking about that Sandy storm that is battering the east coast.  We are on the west coast, and  will not be affected by Sandy.  We didn't feel that earthquake that hit Haida Gwaii (Queen Charlotte Islands) on Saturday evening either.    Although if we were going to be hit by anything it would more likely to be an earthquake, as we have been told for years that we are overdue for the 'big one'. 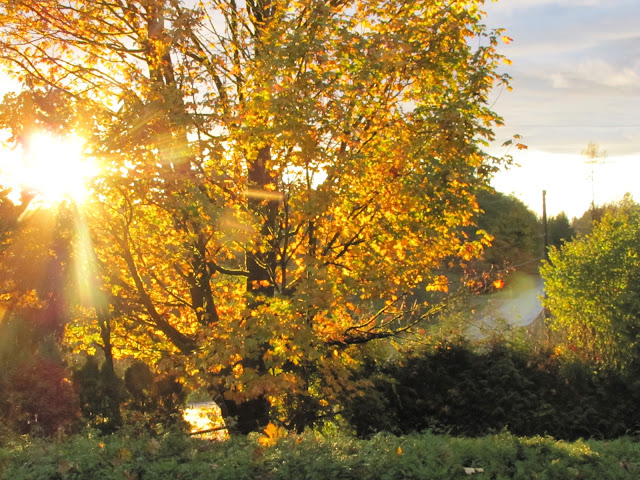 Yesterday was just a miserable stormy, windy, wet day.  On the plus side, the temperatures were mild. 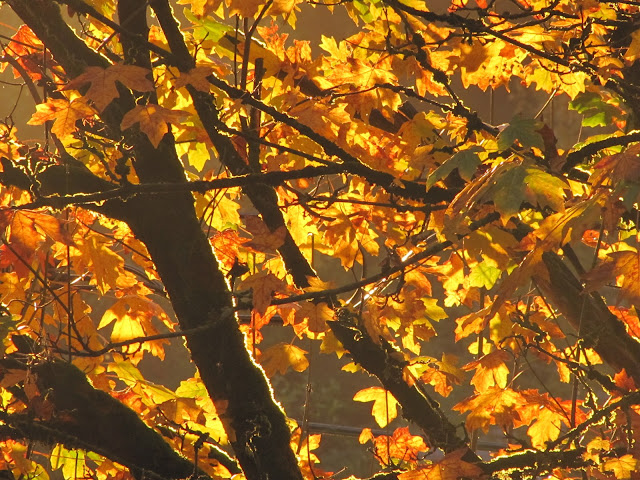 At times it looked like it might clear up, the sky would lighten, the sun even flashed out once for a second or two, but a few minutes later it was pouring rain again. 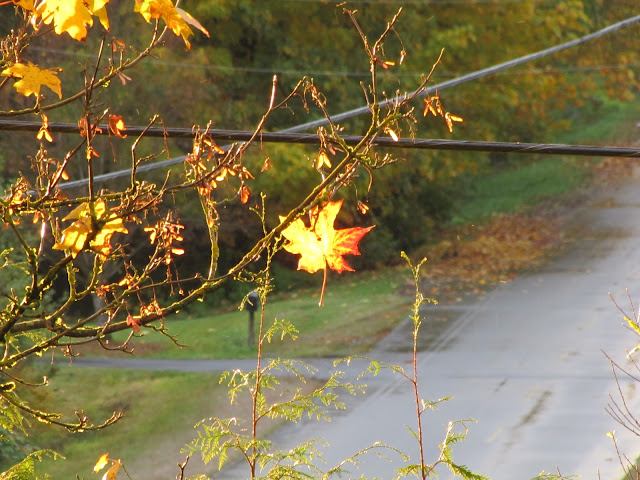 We don't get a lot of brilliant Fall colour here, but when the sun came out for ten minutes or so just before it set, the trees were just a golden glow. 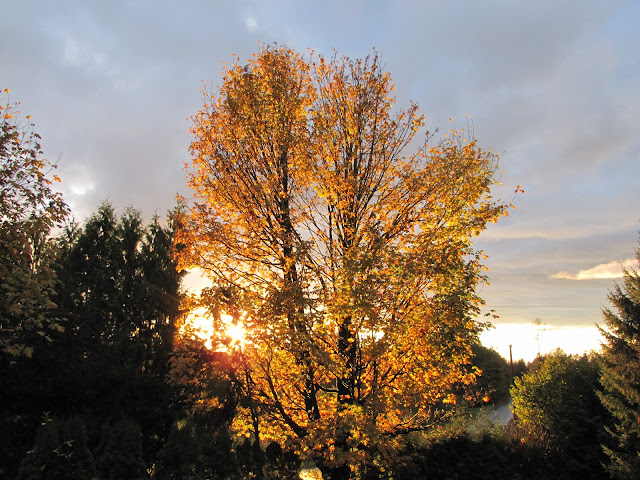 Even looking to the east, the cottonwoods and alder trees were pulsing with gold. 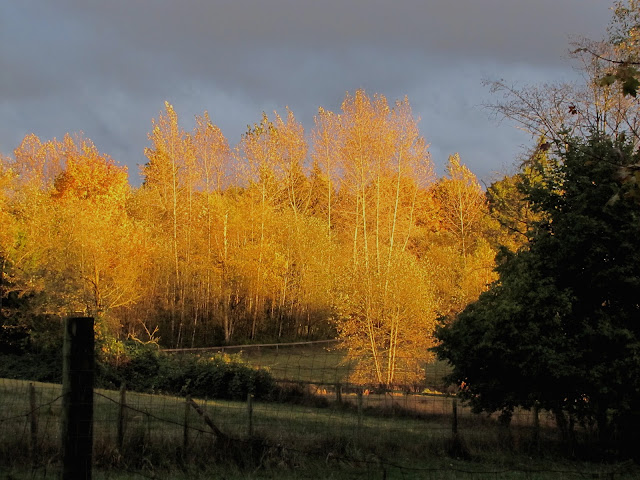 Kind of made the rainy day seem not so bad. 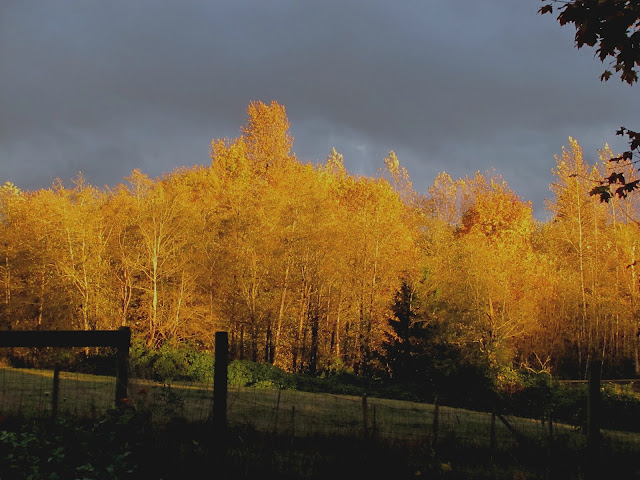 An hour later, the moon was out as I drove to dog agility.
Half an hour after that it was raining again.