NOT!!
After a couple of nice warm, summery seeming days, we are back to the clouds and showers.  Look at that sky.  It rained most of the morning, then there was a bit of sun, and then is rained some more, and then it cleared off again. 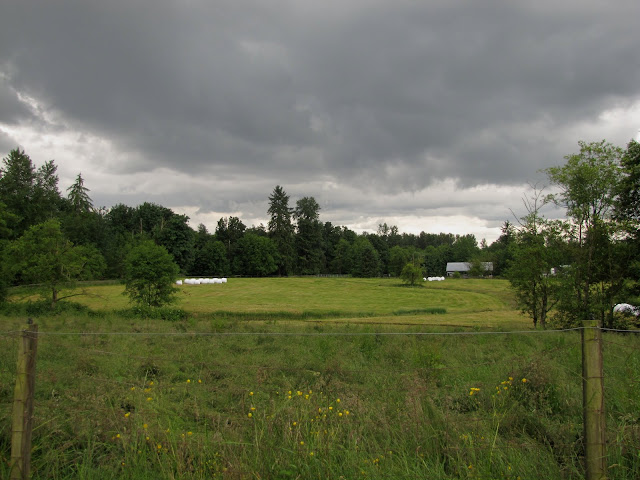 It's never too wet for soccer though.
Last week, unfortunately Meredith drove over Luna's white ball.  I got it for $2 from the thrift store, and that ball stayed out in all weathers, for over two years, and it was perfect.
We did have this basket ball stuffed away, and Luna doesn't seem to care.  This one is harder though.  If she bounced it off her nose too many times, she'd become a Pug:( 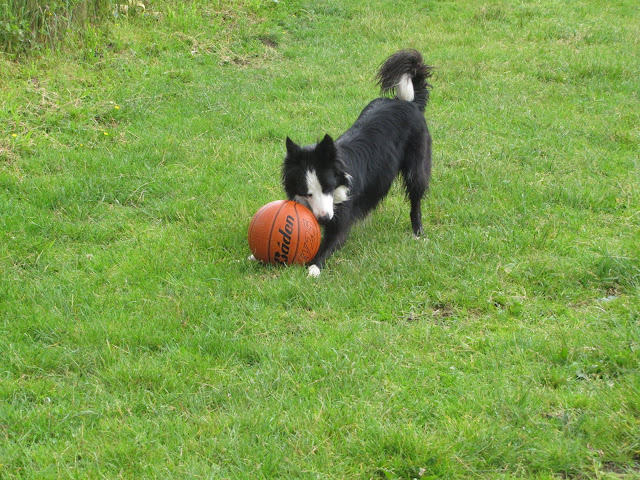 Jake only likes the toys that he can actually pick up.  None of that nose and feet work for him. 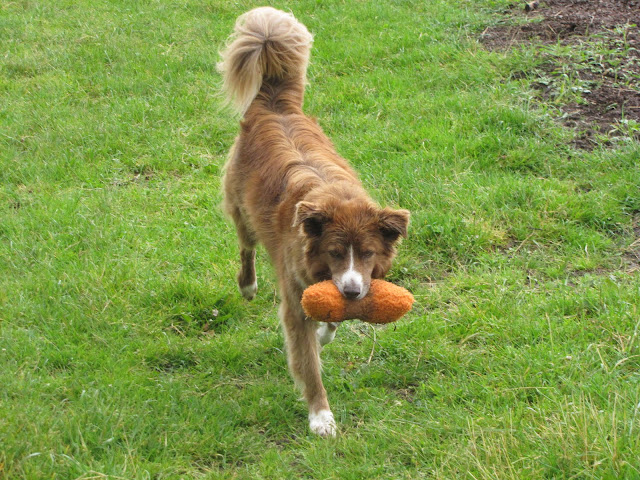 You might remember last year, and all the talking I did about the dahlias.  So far this year, it's been a disaster.  First it was too wet, so I put them in raised rows.  Then the slugs moved in to the all you can eat buffet.  The soil was so chunky that they had no problem crawling into the soil and taking up residence around the dahlia tubers.  That meant they could nibble off the new shoots without even showing their slimy heads.  The only dahlias that were doing much growing were ones that I started in pots.  Mostly it's the little brown and grey slugs, which can be rather hard to find on that soil 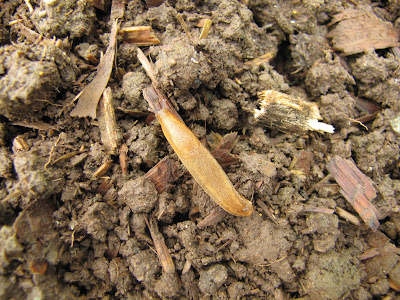 They leave this orange stuff on your hands, and then if they start to crawl, you get that horrible slime trail that doesn't wash off, you have to rub something rough on your hands to get rid of it. 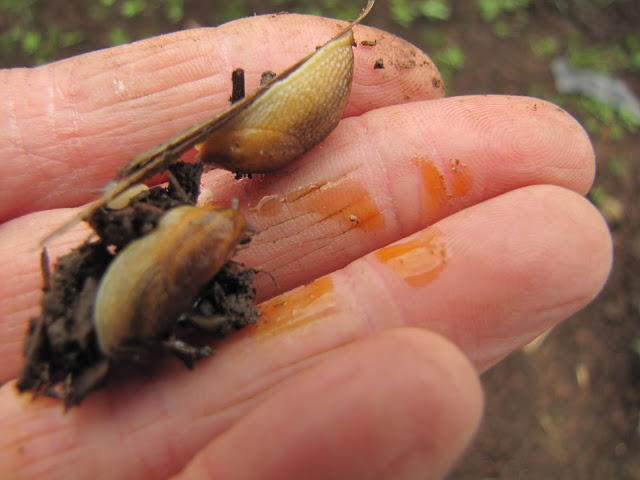 So here's the pathetic looking dahlia's.
I finally dug out all the tubers that weren't doing doing much.  Sure enough, there were slugs hiding in the tubers.  I got rid of all the slugs, and replanted the tubers with finer soil packed well around them.  I've been going up there several times a day and picking off the slugs I see.   I've probably squished at least two hundred of them.  That's a whole lot of slug guts.
Next year I've decided I'm going to start all the dahlias in pots. 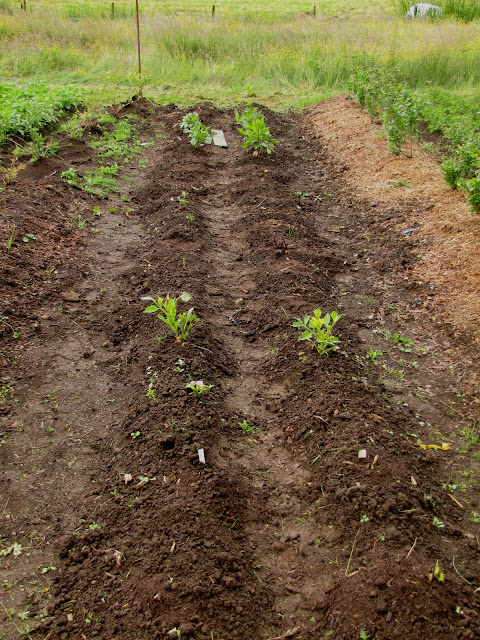 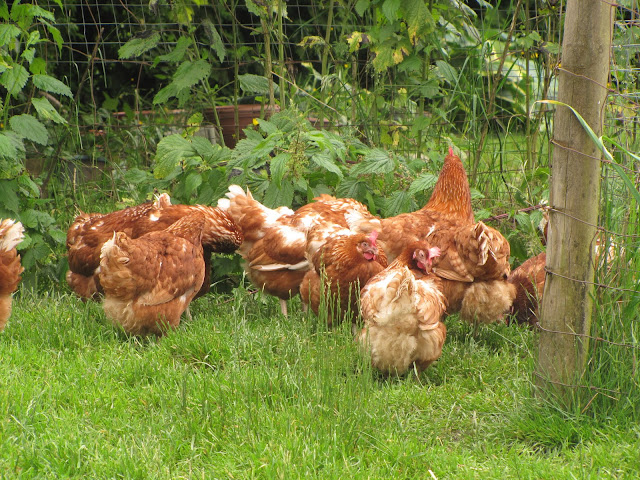 And I tortured the dogs with rhododendron party hats 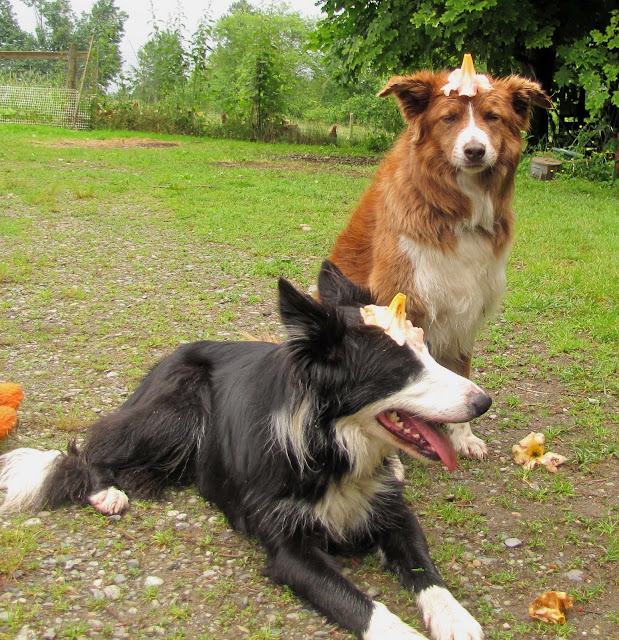 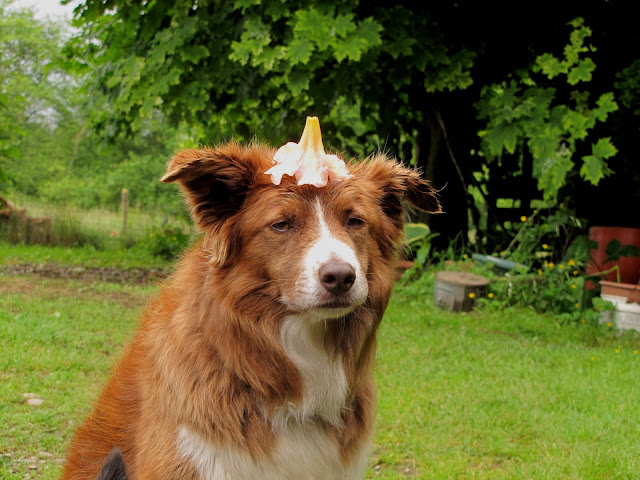 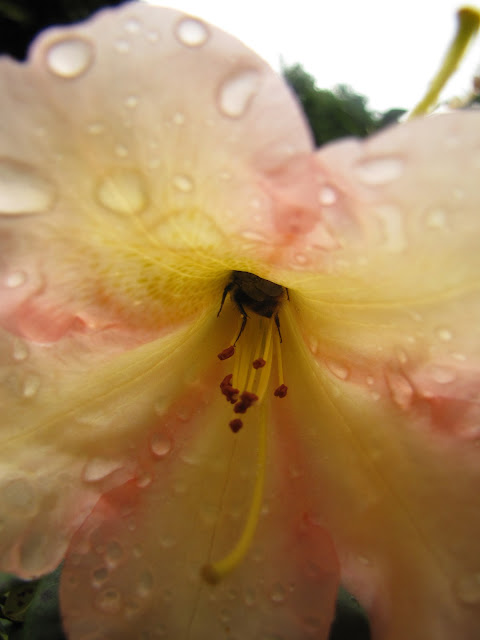 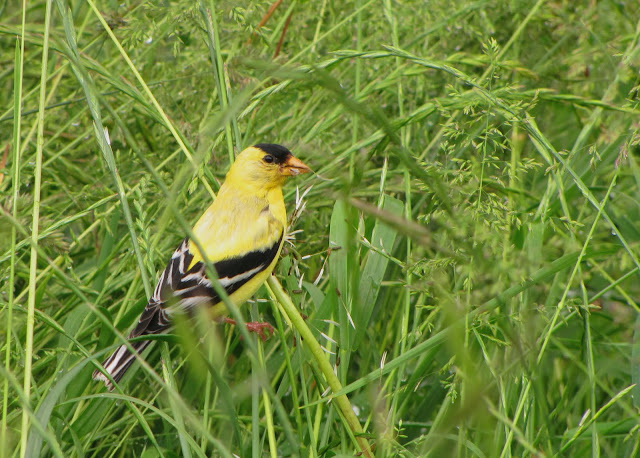 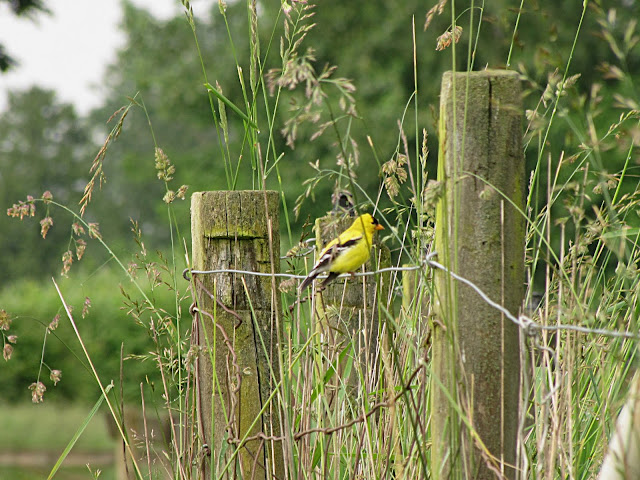 More showers forecast for Saturday:(
Posted by Karen at 11:58 PM