Calli was having real issues with her left back leg today.  As many of you know, she has major nerve damage to her spine, and does not really have control over her back legs.  Basically they just follow the front legs.
The story is here.
This morning her left hind leg was weak, was knuckling over, and sometimes was just getting dragged.  We've never noticed this before.  Sometimes, especially if she has had a lot of exercise, the right hind leg gets weak and she starts collapsing on that side, but the left side has always been the strongest.  I dug out the harness I had made for her when she was first injured.  We took the dogs to the dyke this afternoon, thinking that swimming would be the best thing for her.  She had a great time, and had no problem swimming. 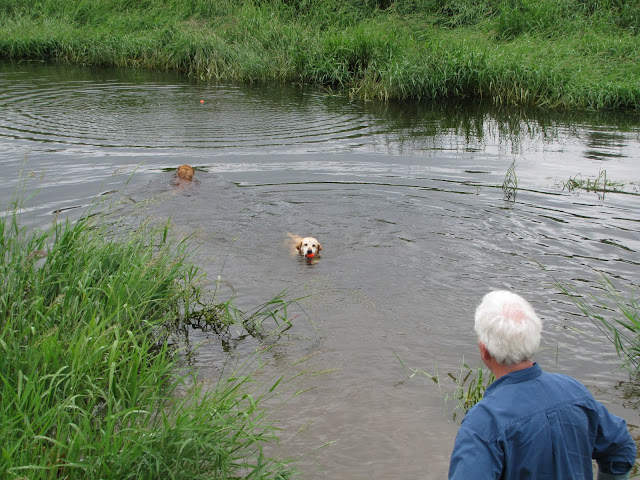 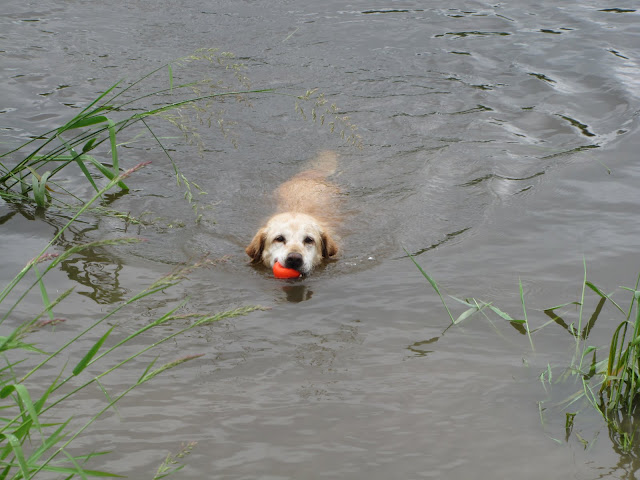 We had to use the harness to help get her from the car to the water.  She was so excited that her front end was motoring along, and the back feet were getting dragged.
If she hasn't improved by Monday, I'll be phoning the chiropractor.
We've always wondered if she would get worse as she got older.  We do have a doggy wheelchair that we ordered when she was first hurt, but then never had to use.  We've hung on to it 'just in case'.  Hopefully we won't have to dig it out from wherever we've got it stashed. 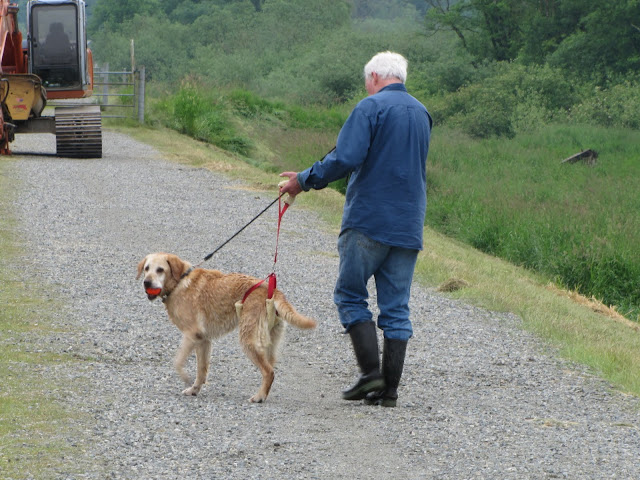