Well don't you just love the latest addition!  These two ducks just make me smile.  $1.50 each at the the thrift store last week.  When Meredith first saw them she said she thought they were wearing big diapers.  So I had a few options for this post title, the others being 'Ducks in Diapers' and 'Getting all our Ducks in a Row'.  I was going to take the ducks out and set them down amongst the hens, and see what happened, but I didn't leave myself enough time. 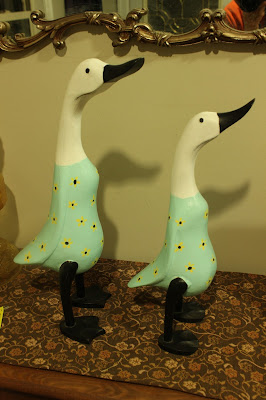 The morning we were getting ready to head out of town, I grabbed them and went out the front door and stuck them on the grass.  They said they were disgusted at the mess on the front lawn.  Well at least we got the fir branches sawn up and picked up what was big enough for firewood...but the rest of the mess is still there. 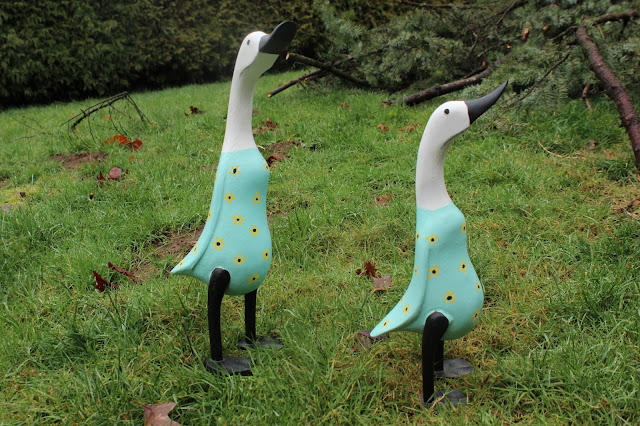 The clean up after the ice storm continues.  This is the northeast corner of our property, in the north chicken/sheep field.  You can just see a bit of the road on the left.  That big shrub thing, leaning both east and west, made a big mess of the fence line.  It's almost impossible to see that under the right leaning part, there is a big thick trunk and a mass of branches crushing the fence and sticking into the neighbours.  I had seen a couple of coyotes hanging around over there, and worried that they were going to use the downed tree as an access point to our chickens.  We checked it all out, both sides, and Larry pointed out that once we started cutting, we were going to make access even easier, so we had to keep going until the job was finished.  It was a gigantic mess of blackberries and many willow branches, and a big trunk and then the fence to fix after we got everything out of the way. 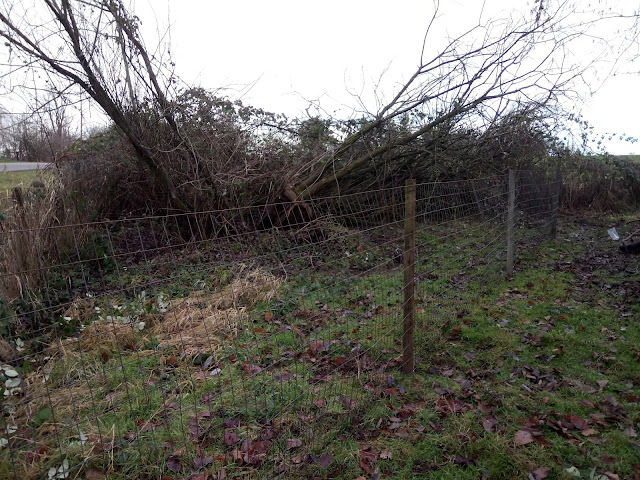 Larry suggested we fence the corner off, which I  poo poo-ed at the start, because although it sounded  the quickest solution, jobs like that always take much longer than they should.  After we had checked out the mess from both sides, I changed my mind, and occasionally things do go well, and the fence actually did.  So we have a corner fenced off, that is the new piece we put up in the photo, and we can work on that willow at our leisure.  It will be a long while yet though.

We have got the driveway mostly cleaned up.  We told the neighbour he could just have all the great big rounds from the bottom part of the maple; we have enough other stuff to deal with.
Here we are in the south chicken field working on the top half of the maple.
The hens like to gather round and 'help out'. Ha, I wish! 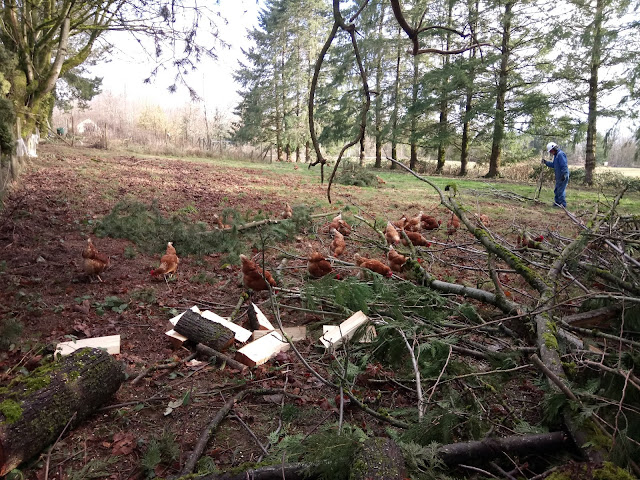 Our wood pile looks a bit funny.  There are actually five rows here.  The back two are dry stuff that we can burn now. We had burned the front two rows already this winter, and so had started stacking fresh stuff in the empty space. Then we ended up with space in the middle so were trying to fill that up with the new wood too.  It was a bit awkward, and then we had so many small pieces (like some of those fir branches) that didn't need to be split.  So those small rounds are just a pile waiting to fall over, they don't lock in and hold each other together, so we've had a few stacking failures.  Right now we got the middle rows finished and are working on finishing off that front row. 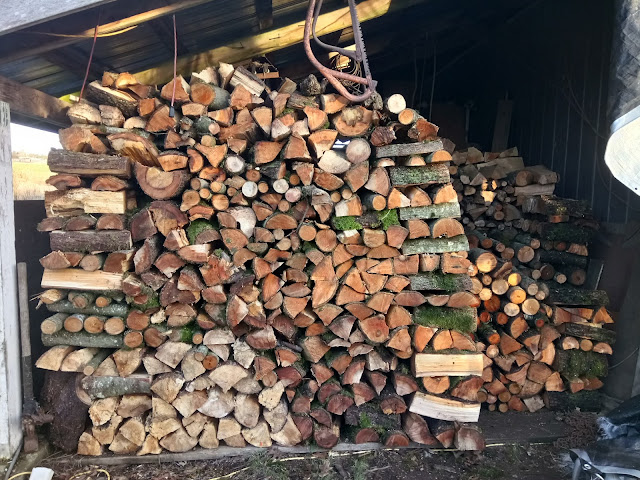 Here's another of my 'thrifty' purchases.  Not the best picture, but a 2' x4' wall hanging, $2 (how could I pass that up!).  I think I might use it at the market to decorate our booth. 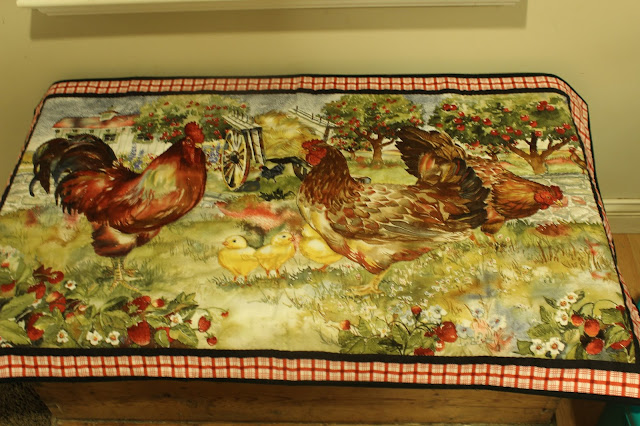 Early afternoon last Thursday we headed off with some trepidation to the Okanagan, a bit worried about the weather and road conditions we might run into.  It was raining when we left home, with a few wet flakes mixed in.
The worrying was all for naught, the sky cleared, the roads were clear and the fresh snow made for a beautiful drive. 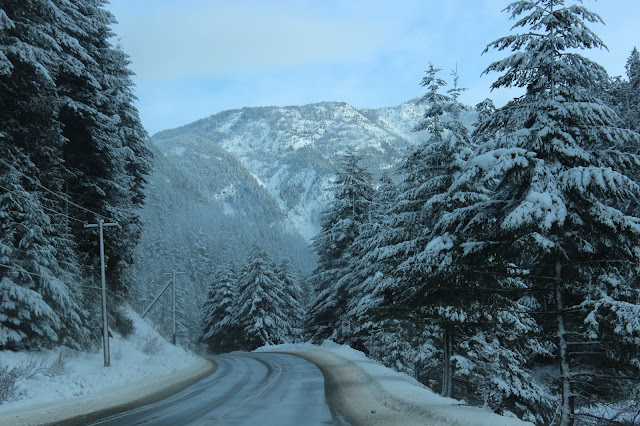 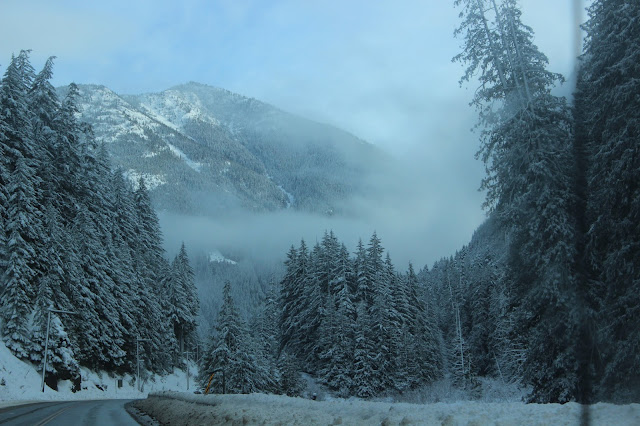 We made a rest stop at Manning Park Lodge 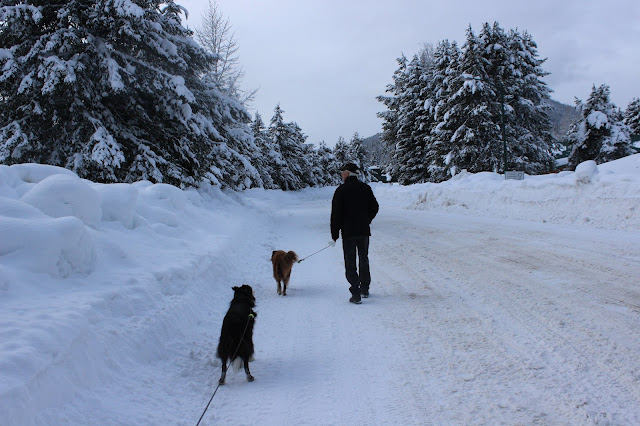 Ravens on the snow bank 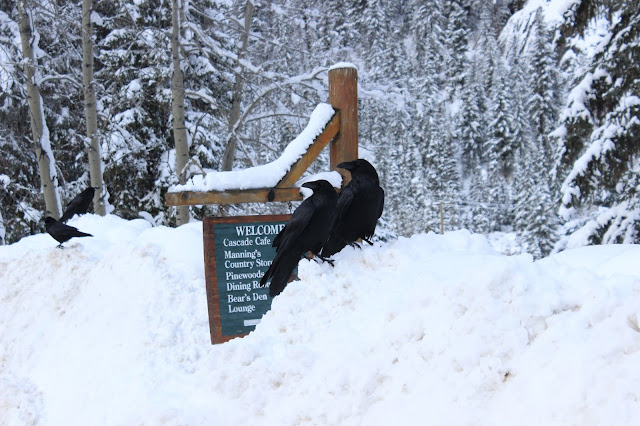 Just east of Hedley.  Much less snow here, it's an area with quite a dry climate.
The snow in the cattle trails on the hillside made for an interesting pattern. 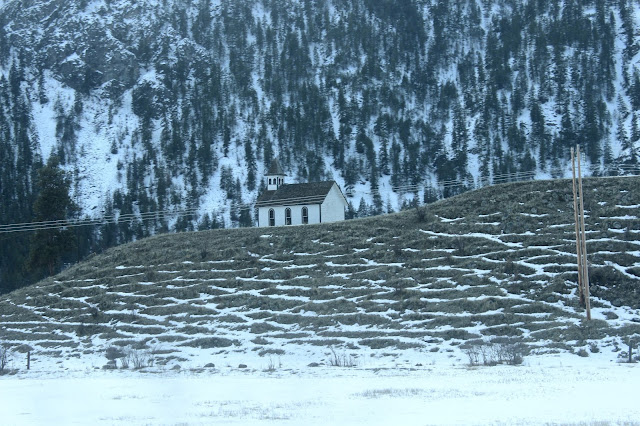 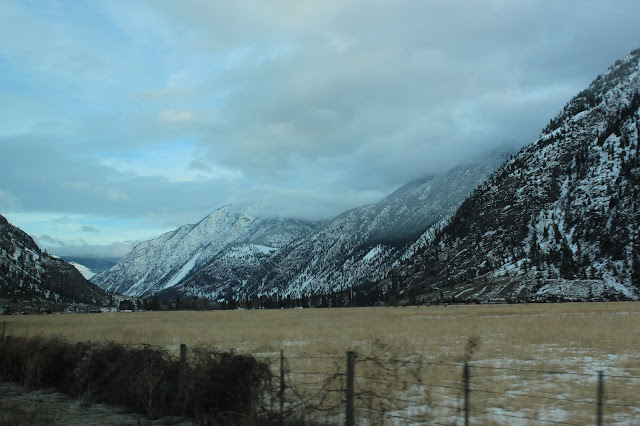 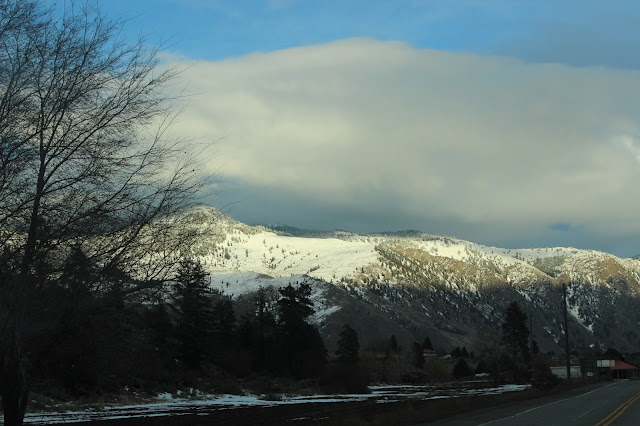 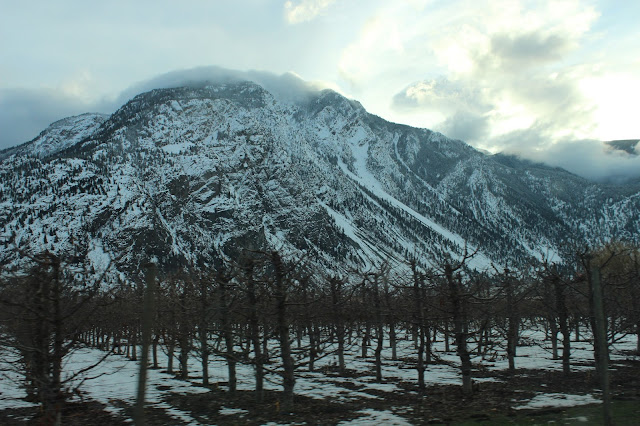 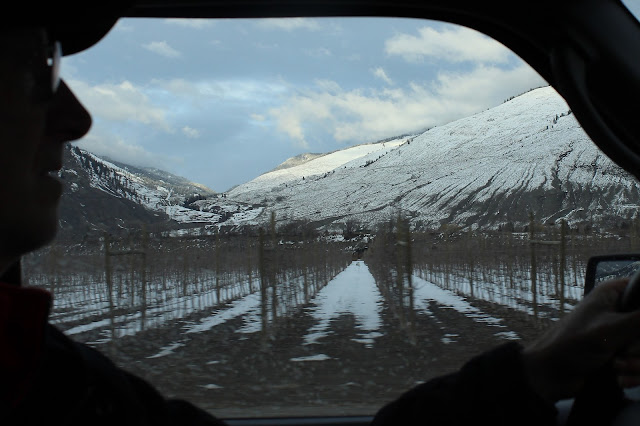 Dusk creeping in.  Getting close to Osoyoos. 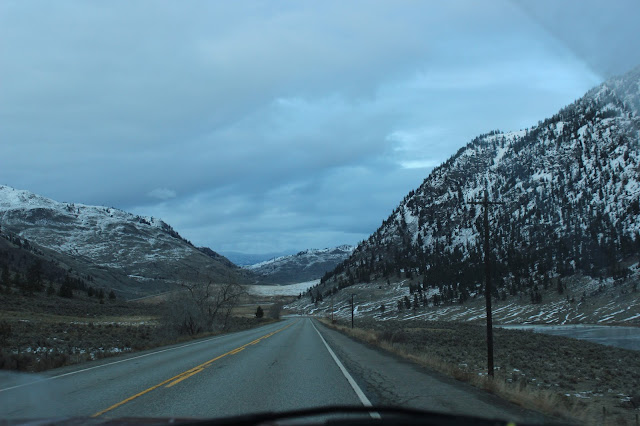 By the sounds of it, there has been a ton of rain at home.
Not sorry to have missed it.