Update on the Arch 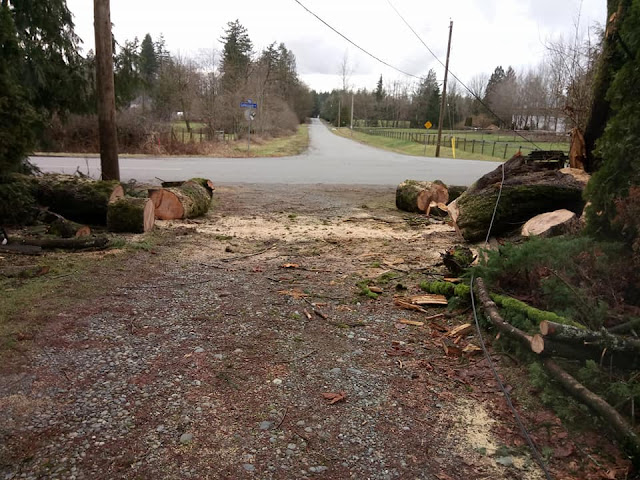 What arch?  That's right!  We dropped a word in the right ear, he came and looked at the tree, said, "yes, it is hanging over our wires, I'll get that taken down for you".  Shortly after that, the crew that was working on some trees just up the road, and had done a minimal amount of trimming at our place the day before, was back.  We had talked to them yesterday trying to convince them it was their job to take it down, but had no luck.  Private companies are contracted by the utility company to go around and trim trees. Maybe sometimes they need someone cracking a whip at their backsides.  Anyway, there was much discussion, one guy on the phone describing the situation, another taking pictures or video, I heard someone asking if they had rope..... Finally it got underway.  There wasn't much for us to see.  We went and watched a little bit.  One guy in the bucket up above the branches, leaning over and sawing with a chainsaw.  We were inside watching our favourite lunchtime show (no, not a soap opera) and there was a thump and I looked out and the arch was down.


They sawed the big piece up some and shoved those pieces off to the side so that the driveway was clear.  I went out to look and spoke briefly to the guy who had done most of the work.  He looked exhausted and his hair and face were all sweaty.  He said that he didn't know who would be doing it, but someone should be by to do some clean up, which I'm guessing will probably just involve chipping the smaller branches along the road side.  Anyway, I won't complain, as we did say we would just be happy to have it on the ground. That metal box is still attached to a piece of the old power pole, and is strapped to the new pole.  I guess someone will come along and transfer it over at some point.  Our internet line is still not strung back up.  The guy actually showed up to do that while they were cutting the tree, and said he would come back today after they were done.  He was a no show today.  Not too worried, the line may be drooping, but it is fully functional. 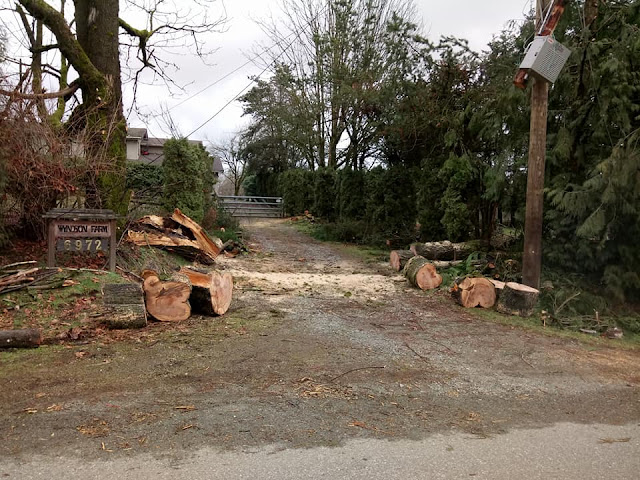 The first order of business for us was to get some of the logs off the corner of the fence of the chicken field.  Looking from the field out to the road here. 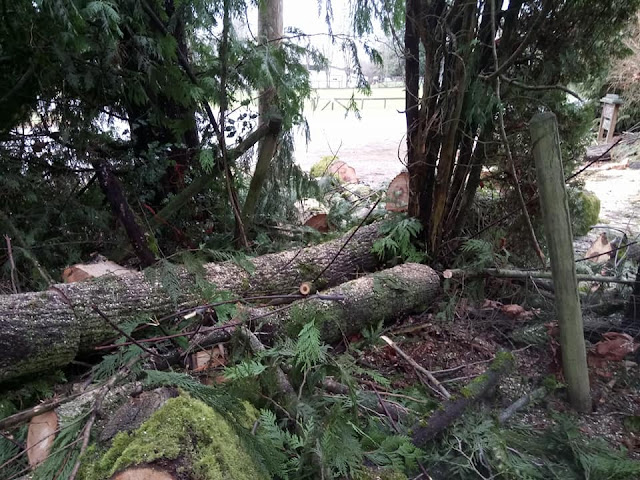 Larry had to do some sawing to get a couple of them into reasonable sizes so we could just move them.  The end of one was jammed into the wire. 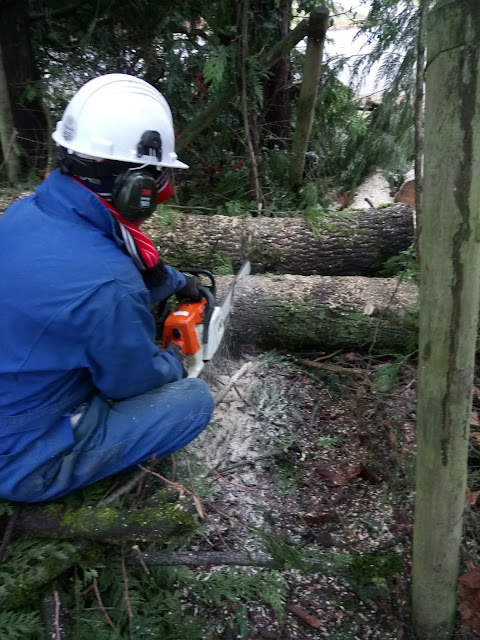 It is very heavy stuff.  We had a couple of heavy steel bars that we used to lever the logs out of the way.  We managed to straighten out the fence wire to a usable degree and tied it up to what was left of a couple of posts and to the trees. 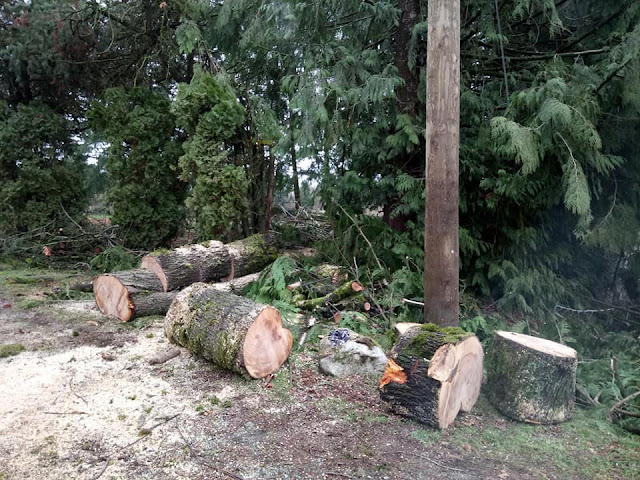 Most of the wood we will salvage for firewood.  There are a lot of hours of sawing, splitting, picking up, stacking, cleaning up, burning branches,  ahead of us.  We don't work as fast as we used to. 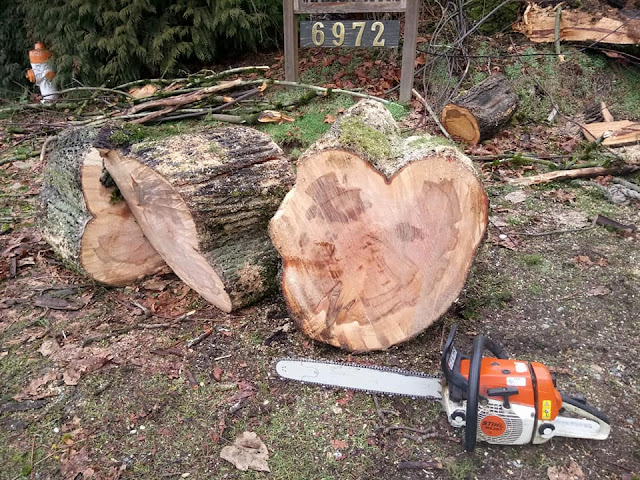 Those big bruisers from the part of the tree hanging over the driveway......we might end up putting a Free Wood sign on them and hope someone takes them away.  Not sure how, they would have to cut them up first.
Posted by Karen at 9:05 PM