You've seen this picture already, but this was taken between 4 and 5 pm on Friday
Fascinating with the icicles, but rather boring colour wise. 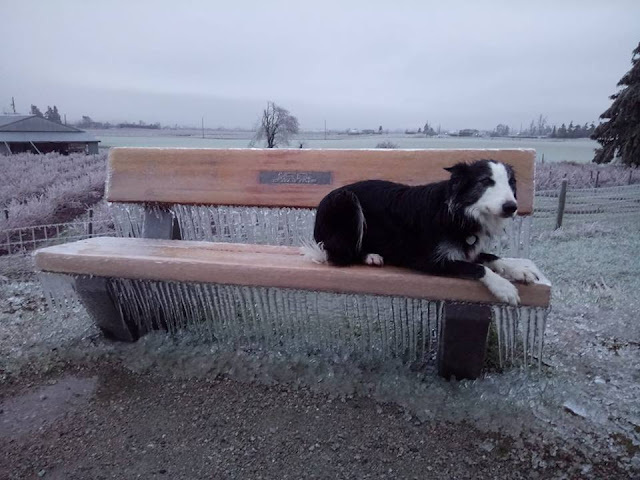 This was today at the same time. I can never get the camera or the phone to capture these just right. The sky was stunning.  These shots are all taking generally looking to the southwest, but the sky, all 360 degrees around us was stunning, with mixtures of pinks and oranges and strange bluish clouds.
Stunning!
Oops, I've used that word three times, but it really was......stunning!
I'll admit I was even getting a bit teary eyed over the sheer amazingness (stunningness?)of it.

That's our slimmer, now half size maple on the right.
These first shots are taken with the camera from the living room window.
You can see the branches missing from the cedar trees where the other half of the maple crashed into them. 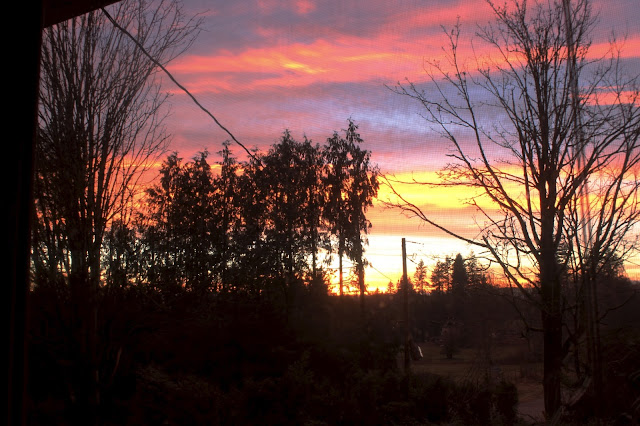 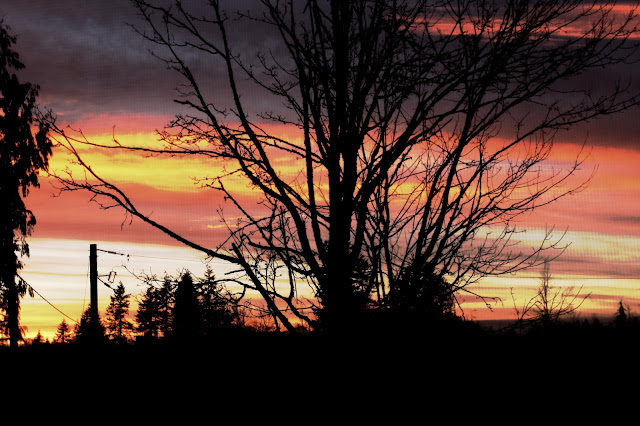 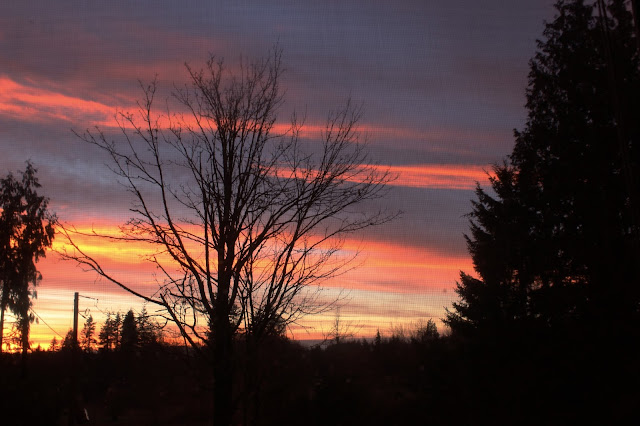 We were heading out with the dogs at the time, and it wasn't as dark as these photos make it look.
I took a few more pictures with the phone, which made it look a bit pinker than it really was, it was more orangey, but you get the idea. 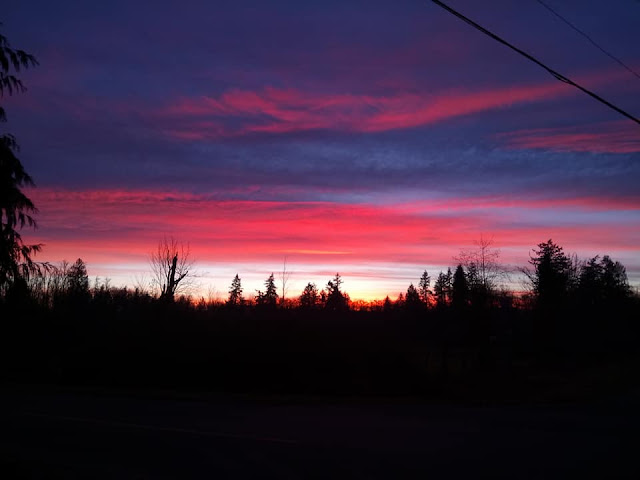 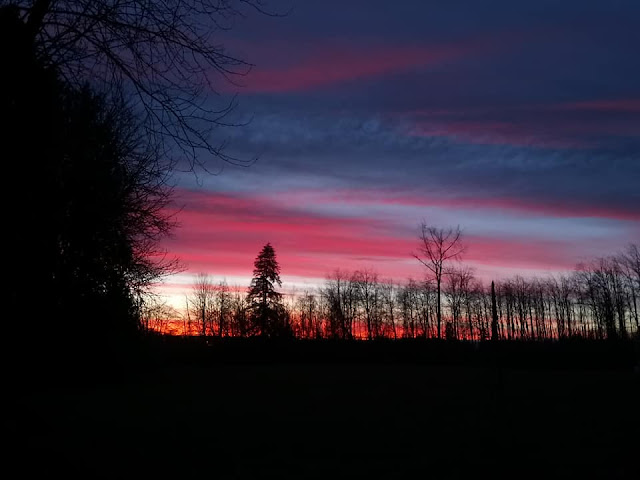 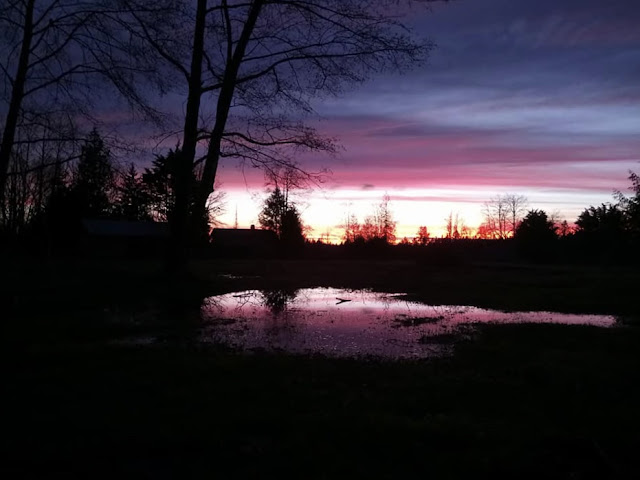 It was a good day today weather wise.  We got some work done on the firewood.
I made a great score on Abbotsford Bidding Wars!
This evening our neighbour called and told us he had purchased a log splitter recently and he was quite willing to bring it over in exchange for a bit of firewood.
When we get to the massive logs that are beyond splitting with a swing of the maul, we'll get together with him and his splitter and get 'er done👍

Recently I made a comment on another blog, and then another blogger (Granny Marigold) asked me if I would tell the story that I referred to there. So here goes.  I just hope Larry doesn't read this post, and if any of you see him, do me a favour and don't mention it.
When we build something here, we first shop at home and use anything that could possibly used for the project.  We accumulate a lot of 'stuff'.   When we were building the south chicken coop, for the door we used one that we already had. I'm not exactly sure where it came from but it had a window in it (perfect) and it had a door knob.  It just so happened that the door knob was one of those privacy ones, like you'd have on a bathroom door.  The kind that you push and turn the door knob in to lock it.  The locking part was on the outside of the coop.  You had to be conscious of that when you were turning the door knob.  This particular evening Larry had gone to collect the eggs and close the coop for the night.  I guess he closed the door behind him, and he locked himself in. This is many years ago now and I can't remember all the details.  Eventually I noticed him missing, and I went looking. I finally found him extremely mad at himself, at the door knob, at the world, waiting in the chicken coop.  I couldn't understand why he hadn't been making a lot of noise or something.  He was just fuming and waiting.  I think I said that I would have kicked the wire out on the window in the wall.
Needless to say probably the next day that door knob was taken off and reversed, so that the locking part was on the inside.
You didn't hear this story from me 😉