We have a couple of hay fields at our place.  Years ago when we had four horses and a small flock of sheep, we weren't able to hay it, it was all eaten as pasture.  As the years went by, the horses started to die off, and the sheep herd dwindled, and we started to make some hay for our animals.  Then we were down to just a few sheep, no lambs and one horse, and we had lots of hay and were able to sell some.  Now we have no horses and just one sheep, and we got tired of our old equipment and the physical exertion hay involved, and we handed the grass over to our neighbour.  He has been cutting it twice a year for the past few years, and we are happy we don't have to deal with it any more.  This year, being such a dry year, the first cut was done in May, the earliest in quite a few years.  And then we ran out of rain, and it was really dry and warm, and the grass didn't grow enough to make it worthwhile to do another cut.  The rains returned in September, and brown grass was all of a sudden lush and green again, but it was too late in the year to cut it for hay.  There was a lot of grass out there, and it seemed like it was going to waste.  If we had a really cold winter it would die off and then there would be a lot of dead grass mixed in with the first cut of hay next year.  So we offered the grass to our friend.  She raises cattle and has a booth next to us at the farmers market in the summer.  On Monday night she brought three bred heifers over.  A heifer is a young animal that hasn't calved yet.  We locked them into our old riding ring for the night, and this is what met me when I walked out there in the morning. 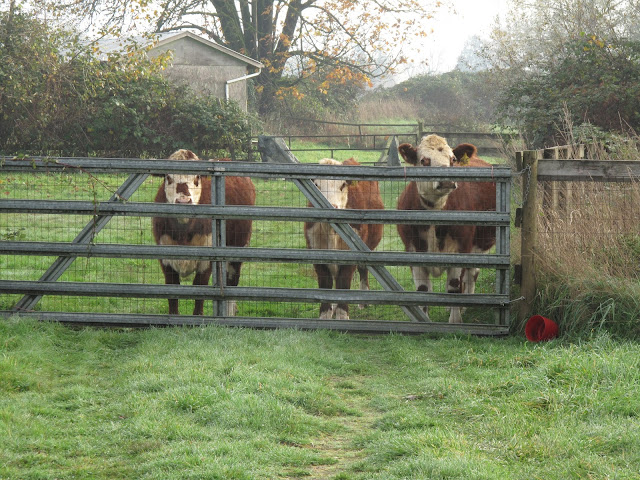 They had done a fair bit of eating overnight, but were happy to get out to 'greener' pastures. 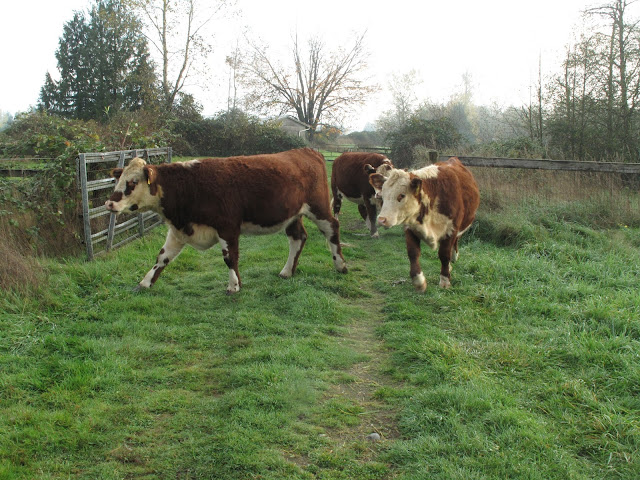 There was a bit of jostling as they came down the alleyway. 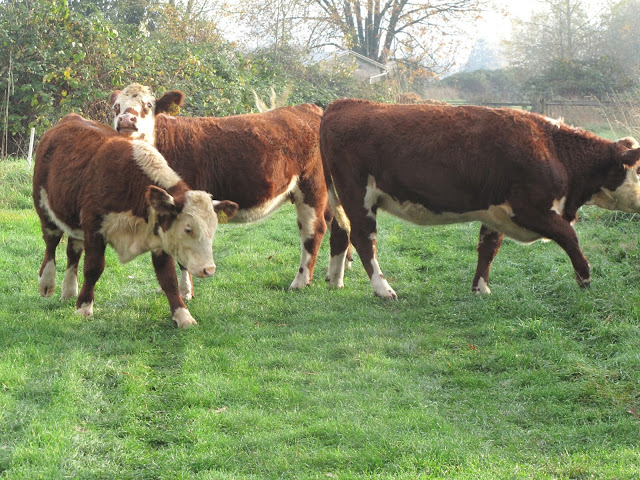 At one point we ended up with two in the hay field and one still in the alleyway. She was leaning over the fence and looking a bit worried about not being with her buddies.  Luna and I went up another field to get behind her and gently moved her down to the gateway.  Of course they've never seen a dog on wheels or a soccer playing one either. 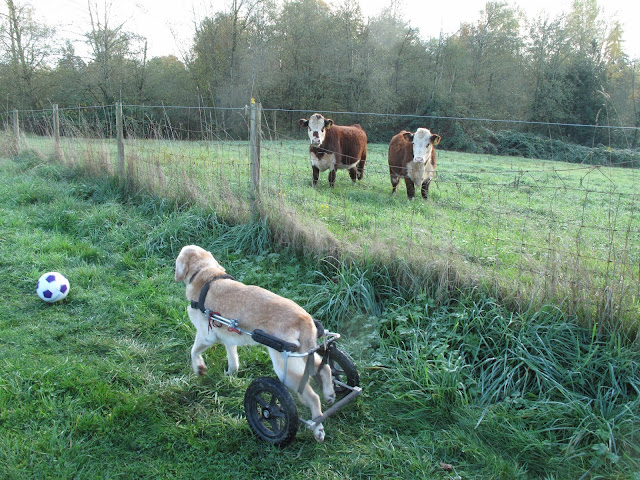 Lots of grass to keep them going for a while. 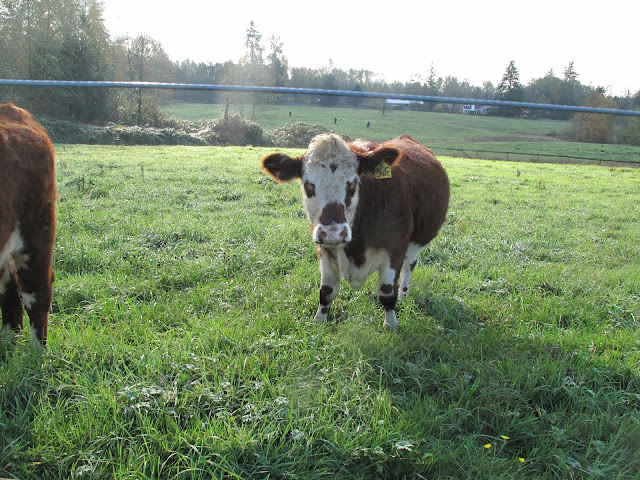 After they've trimmed this field up, we'll move them out to the back one. 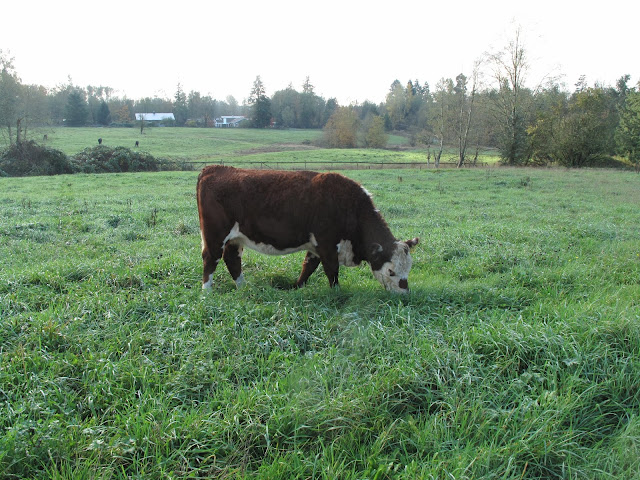 Kind of fun to look out there and see something different.