Some of you might recognize a pattern here.  I go AWOL for a while, so we must have gone to Oliver.  That seems to be how it works.  And then we get back and have to get ready for a market, which takes up all of Sunday by the time I've visited my mum out that way.  Then Monday is recovery day sort of, but this week I had some paperwork that I needed to deal with, which I did.  Tuesday was appointments, Wednesday was planting garlic day (finally!), and here we are at Thursday already.  The daylight is so limited now, it seems like we spend a good part of it exercising the dogs.  Which is certainly what we did last week.  We actually had five nights away this time, which is the most since back in the Spring before the farmers markets started.  I didn't make any jam, or do any sewing, although had taken supplies to do both.  What I did do was read two books of just under 400 pages each, in three days.  We went to the Remembrance Day ceremony. We fit in two decent bike rides, and lots of walks.  The weather was sunny three of the days were there, cloudy one other, rained twice a little bit overnight, and then on Saturday was cloudy and threatening rain, or raining lightly, depending where you were.

On Friday afternoon we drove to Okanagan Falls, which is 15 minutes north of Oliver.  A good place to visit, gas always seems to be cheaper there, and was four cents cheaper than Oliver and even a cent cheaper than Abbotsford.  Okanagan Falls was were we first began our Okanagan adventure, four years ago.  We were familiar with the trail that runs alongside Skaha Lake on the old Kettle Valley Railway rail bed.

Looking north near the start of the trail, after crossing the trestle over part of the lake. 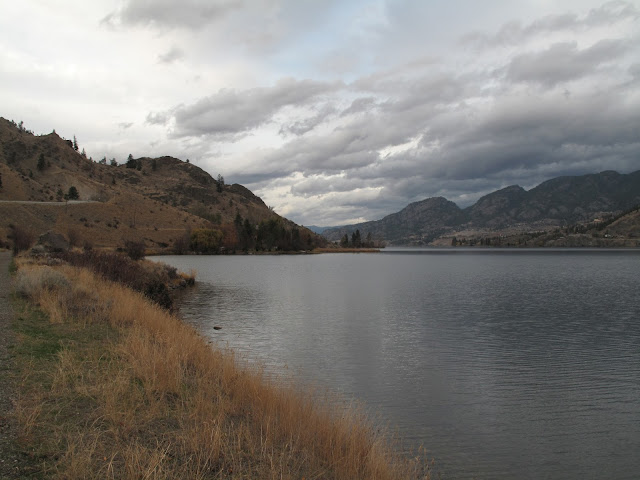 That's the highway you can see, partway up the hill.  The trail stays along the lake. 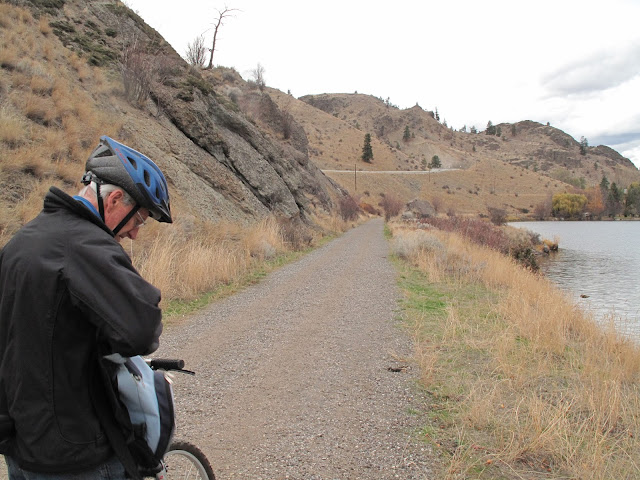 I'm always in hunter gatherer mode, so while I stopped to collect some Ponderosa Pine cones, Larry checked out a cave up the sand hill. 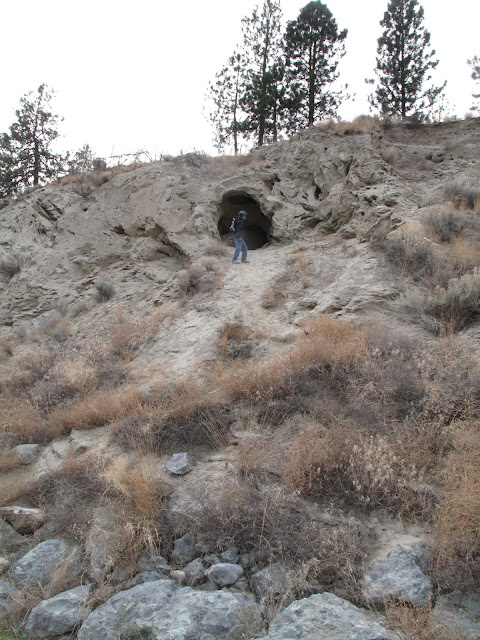 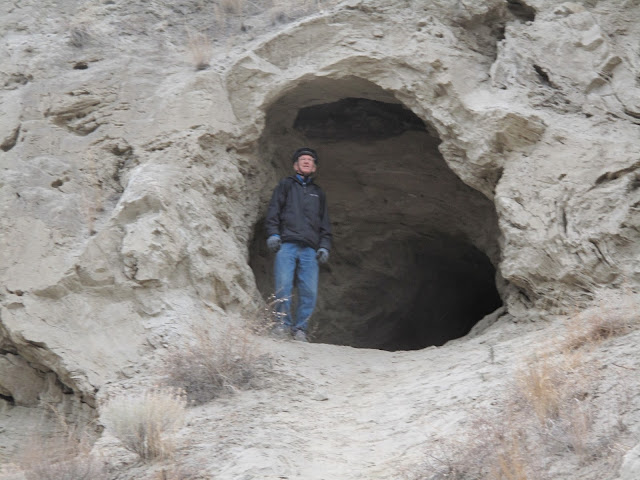 I thought I'd be able to pick the cones right off the tree, but not a chance, they wouldn't come off. I had to sort through the ones on the ground.  We stopped in various spots and I ended up with three plastic grocery bags full.  I was trying to pick up just the perfect ones. 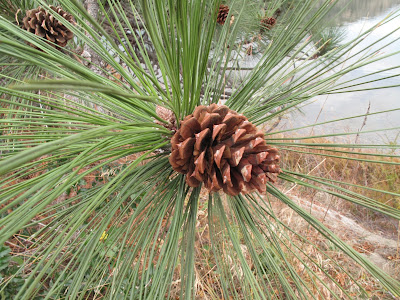 We rode to Kaleden, which is roughly 1/3 of the way along the lake.  The light was already starting to dim. One day we are going to leave ourselves enough time and attempt the ride all the way to Penticton at the north end.  One other time we got about 2/3 of the way.  We figure it will take about an hour and a quarter to an hour and a half, and then of course there is the ride back. 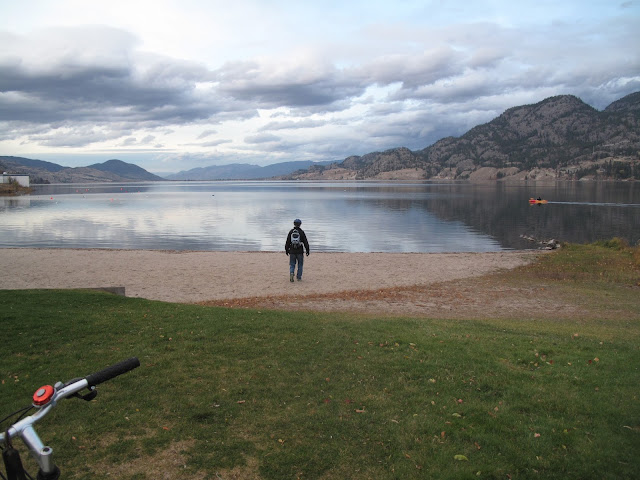 The pine cones get sorted into smaller bags, and I sell the bags at the market for a couple of dollars each.  If sales go like last Sunday's I'll be out of cones very quickly.
I knew I should have gathered more!