On Wednesday when we were at Oliver this past week, I was making jam.  Nicole, my sister-in-law, told me I shouldn't be making jam there.  I was supposed to be on holiday.  I wish!  Well in the summer we wouldn't be able to go to Oliver as often if I wasn't willing to do some jam making while I'm there.  I need to do it, either there or here....unless I retire....hmm, don't tempt me!

I happened to look out of the front door at one point and saw this! Holy crap!  Had the Testalinden fire had a revival? The smoke was roiling and boiling just above the house on the right, just like a volcano eruption.  You can see a bit of flame just above the left corner of that house. 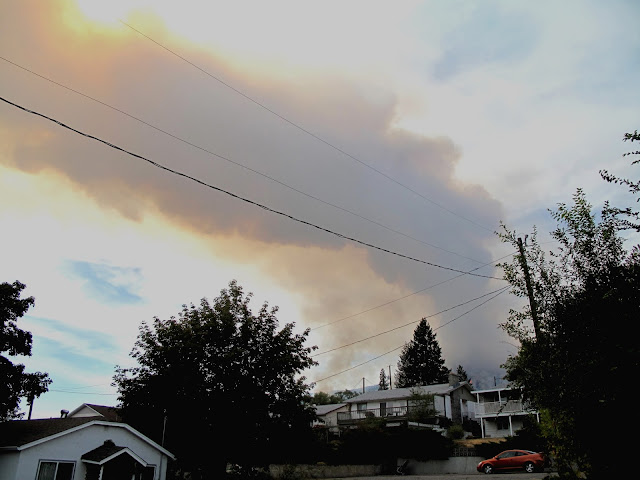 It had been a sunny day.  Eventually that plume of smoke went right across the sky and make a thick line from the western to the eastern horizon. 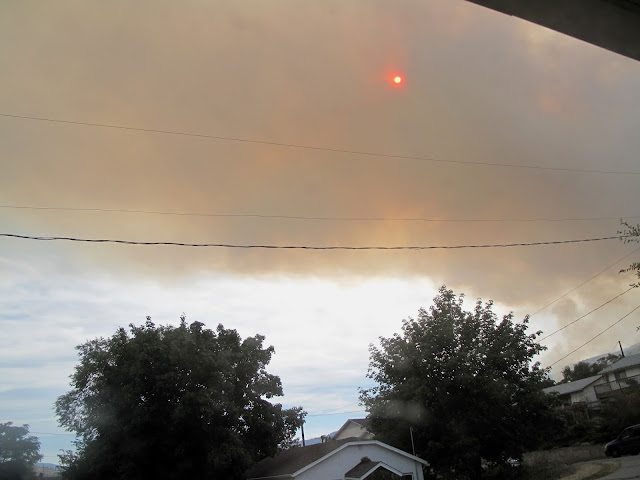 I turned on the radio and after a while they mentioned that there was no cause for alarm, the firefighters were doing some controlled burning on the mountain.  There was no other explanation.  Obviously there were still quite a few hot spots up there, so maybe they were just trying to remove any fuel that was left around those hot spots to prevent a flareup?  That's my best guess.

Larry had gone to the library, and also did some driving around to get pictures.
From town it looked pretty spectacular. 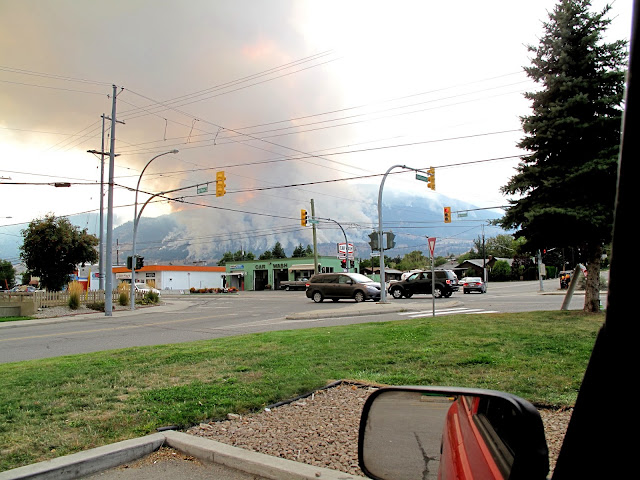 And from higher up even more so. 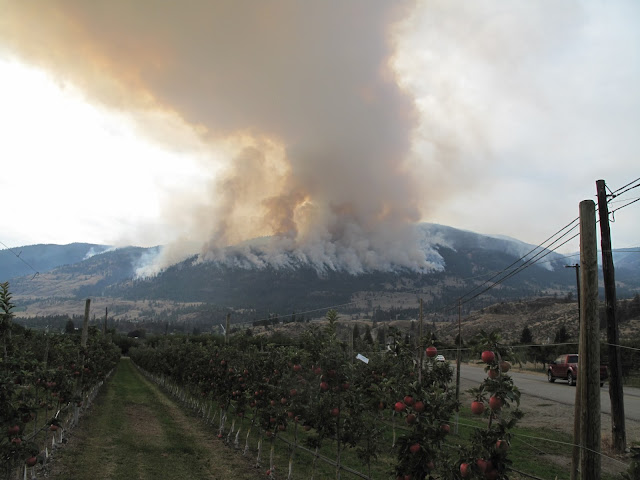 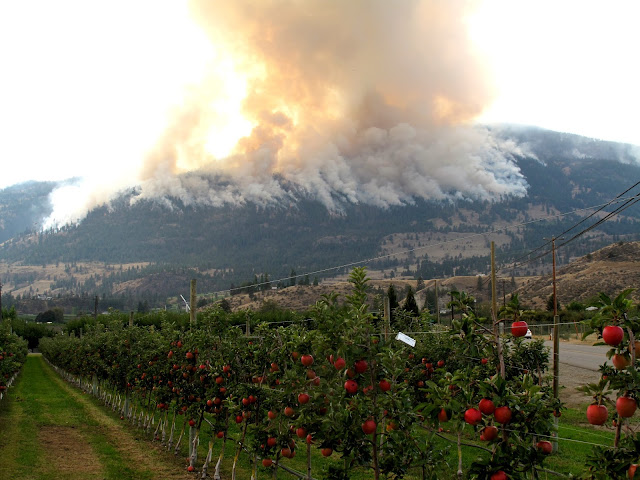 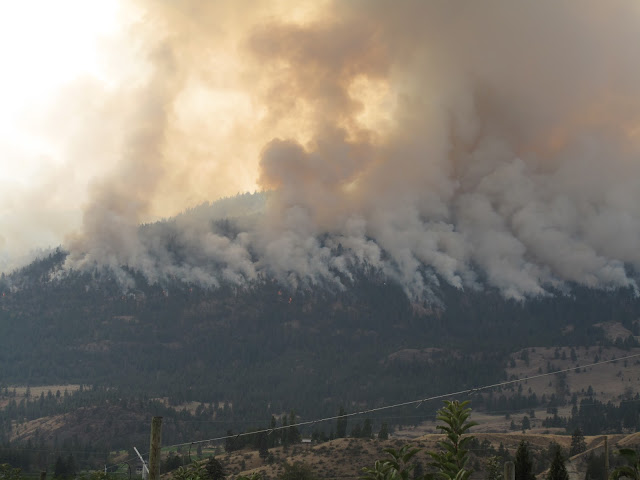 See the plane dropping water, and see that house in the middle at the bottom of the photo?  Do you think they were a little worried?  I would have been. 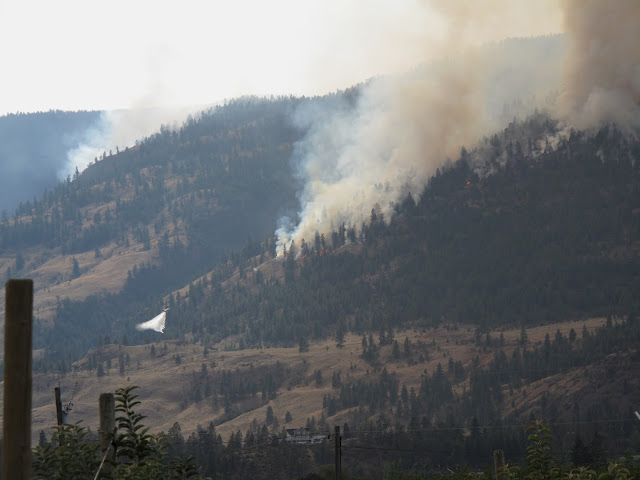 That evening the mountain was really spectacular.  The photo doesn't do it justice.  We drove up by that orchard again and tried to figure out how to get a decent picture.  None were totally successful, but this one of Larry's came close.  A tripod would have helped.

In what may be a smokey picture overload, this story is to be continued.