The new girls are settling in really well.  The first ones have started laying.  There were seven eggs on Friday and I was shocked to find fourteen eggs in the coop yesterday! 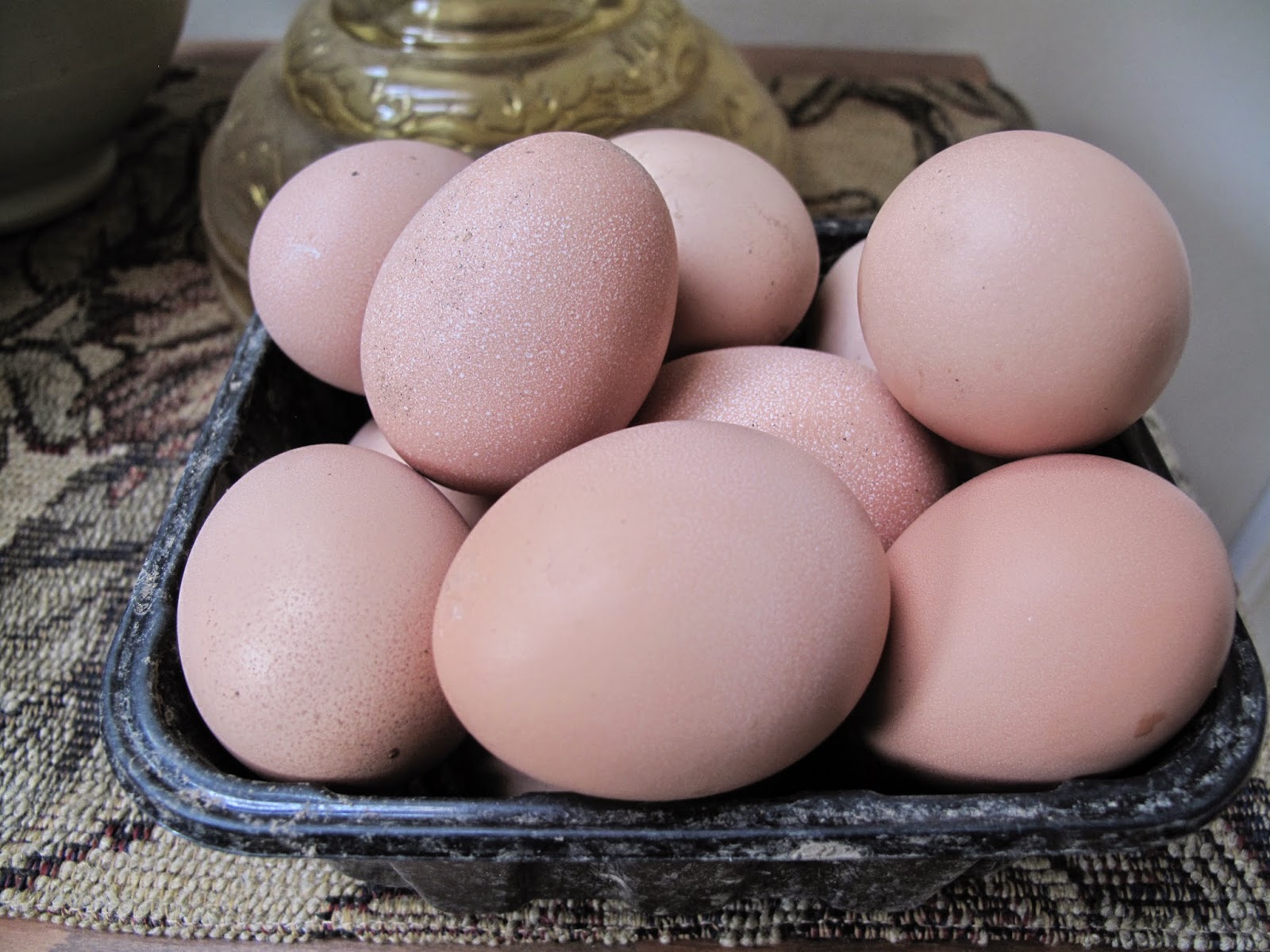 I figured they needed a reward so I opened up the fence to the big field.  The grass is pretty long but they got quite adventurous and had a good time wandering around. 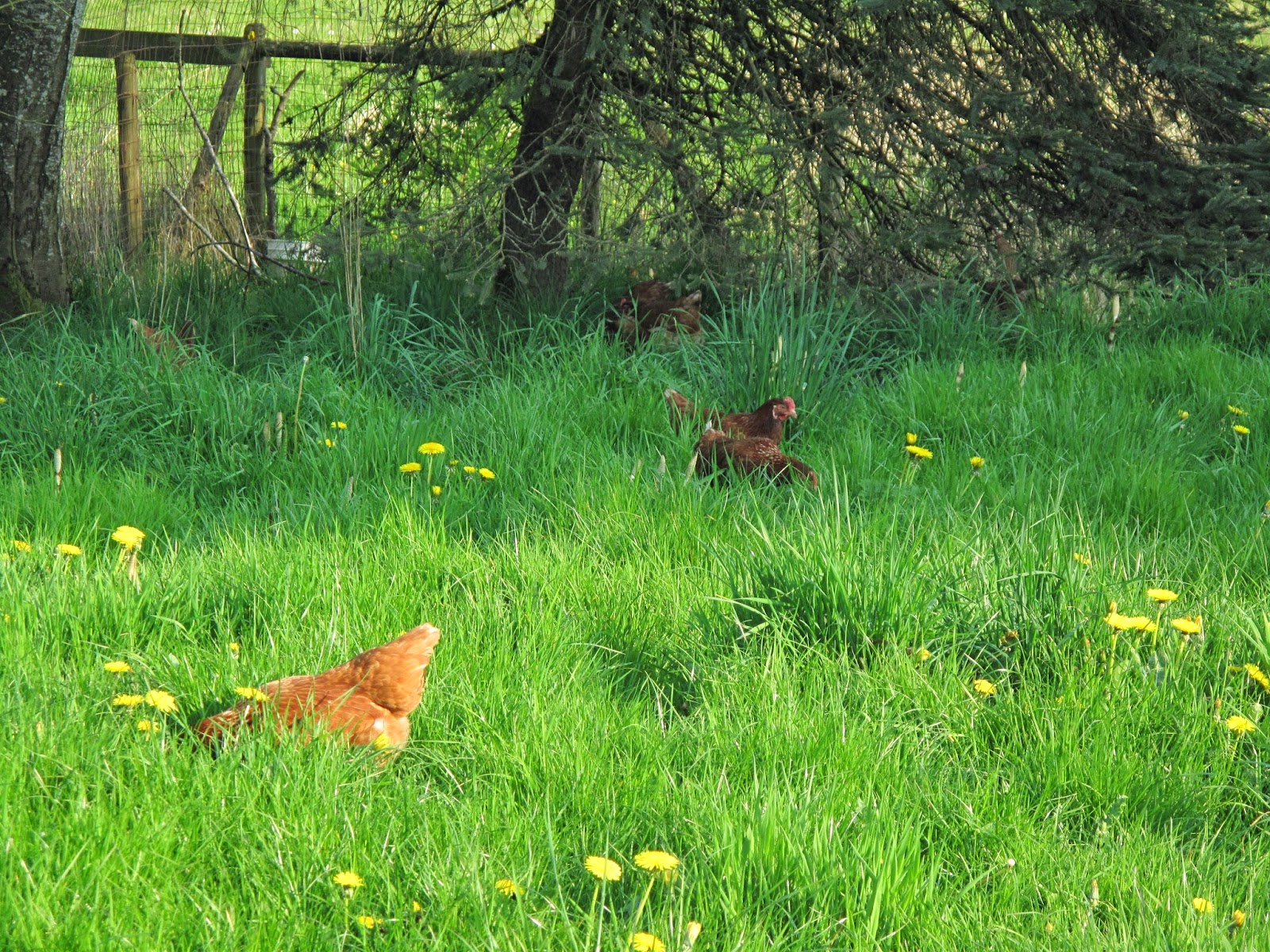 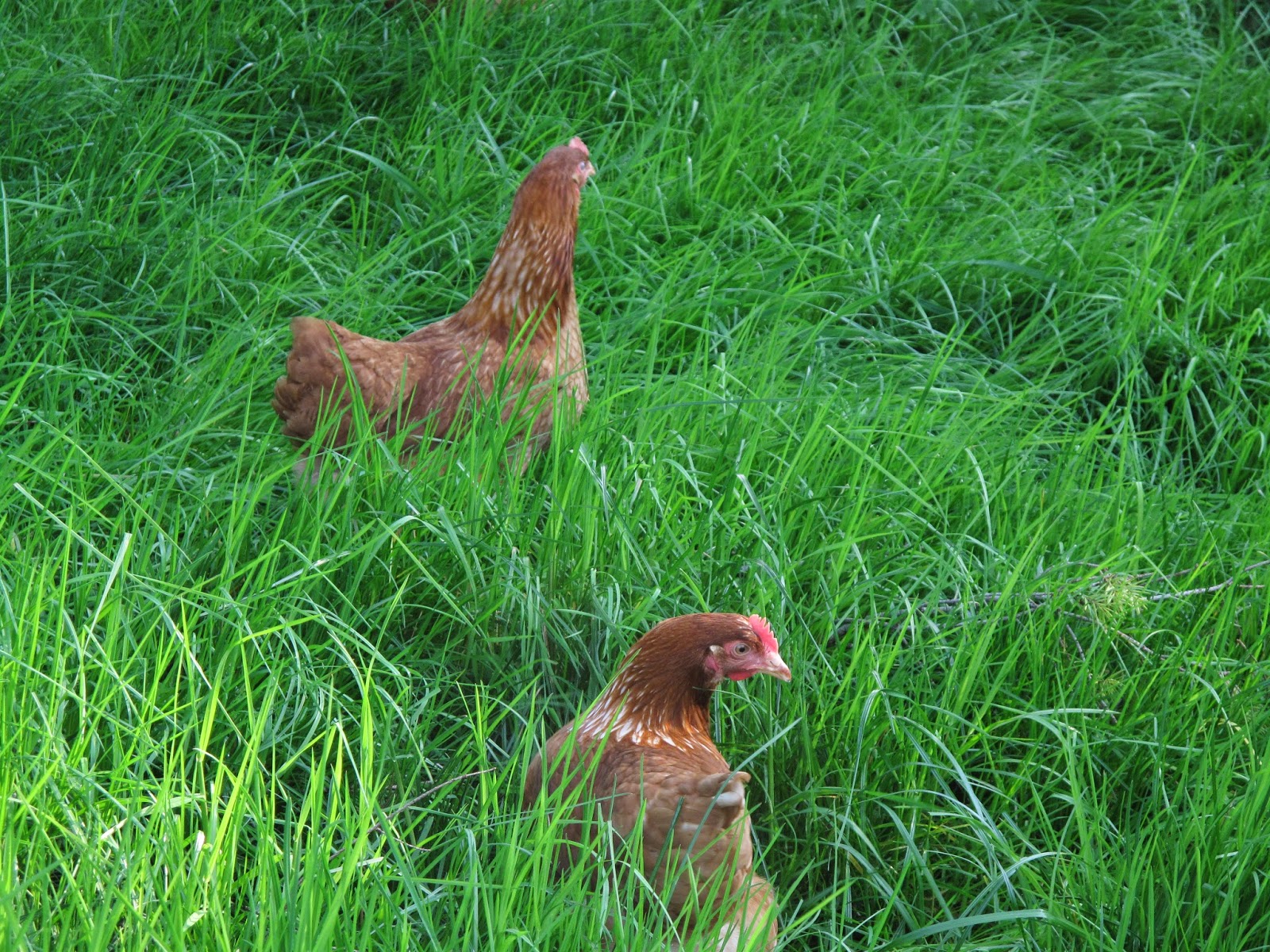 The two fir trees that were cut down to create the 'window' are still there, waiting to be bucked up.  I could see their little brains thinking, aha..among those branches is the perfect place for us to lay our eggs.  Therefore they will only be let into this field later in the day, after all their eggs have been laid in the coop. 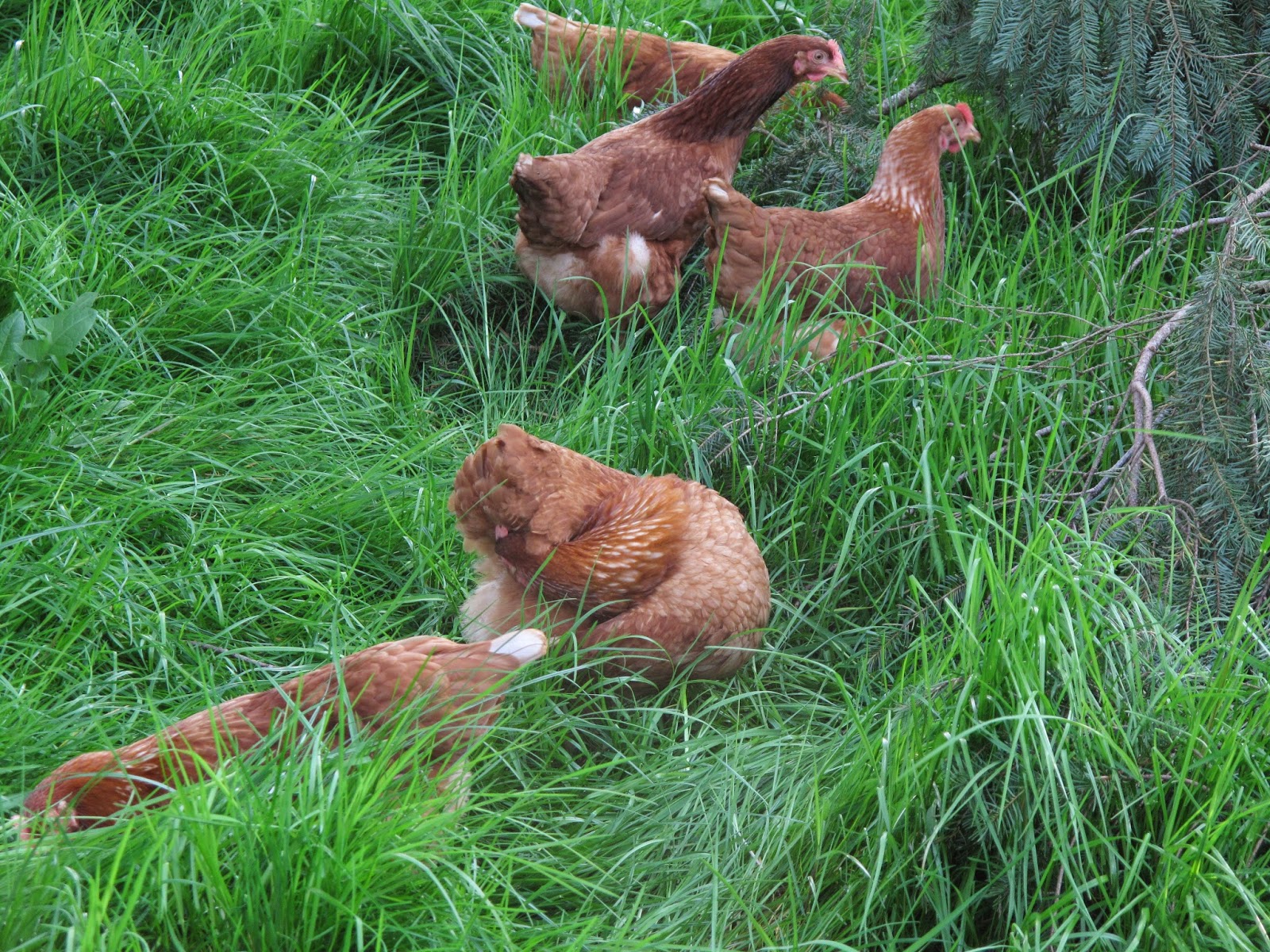 We went back out as the light was dimming, to make sure they all made it back to home base.  There were about half a dozen still in the field, but not far from the coop.  Tonight we went out to do the same thing, but it was a tad darker.  They had all got themselves back and into the coop.  Good girls!

The photo below was this morning, right after I had let them out.  They all head out onto the grass and eat, eat, eat.  Still lots of grass left in their main field.  You can see the temporary fence between the two fields just behind the hens. 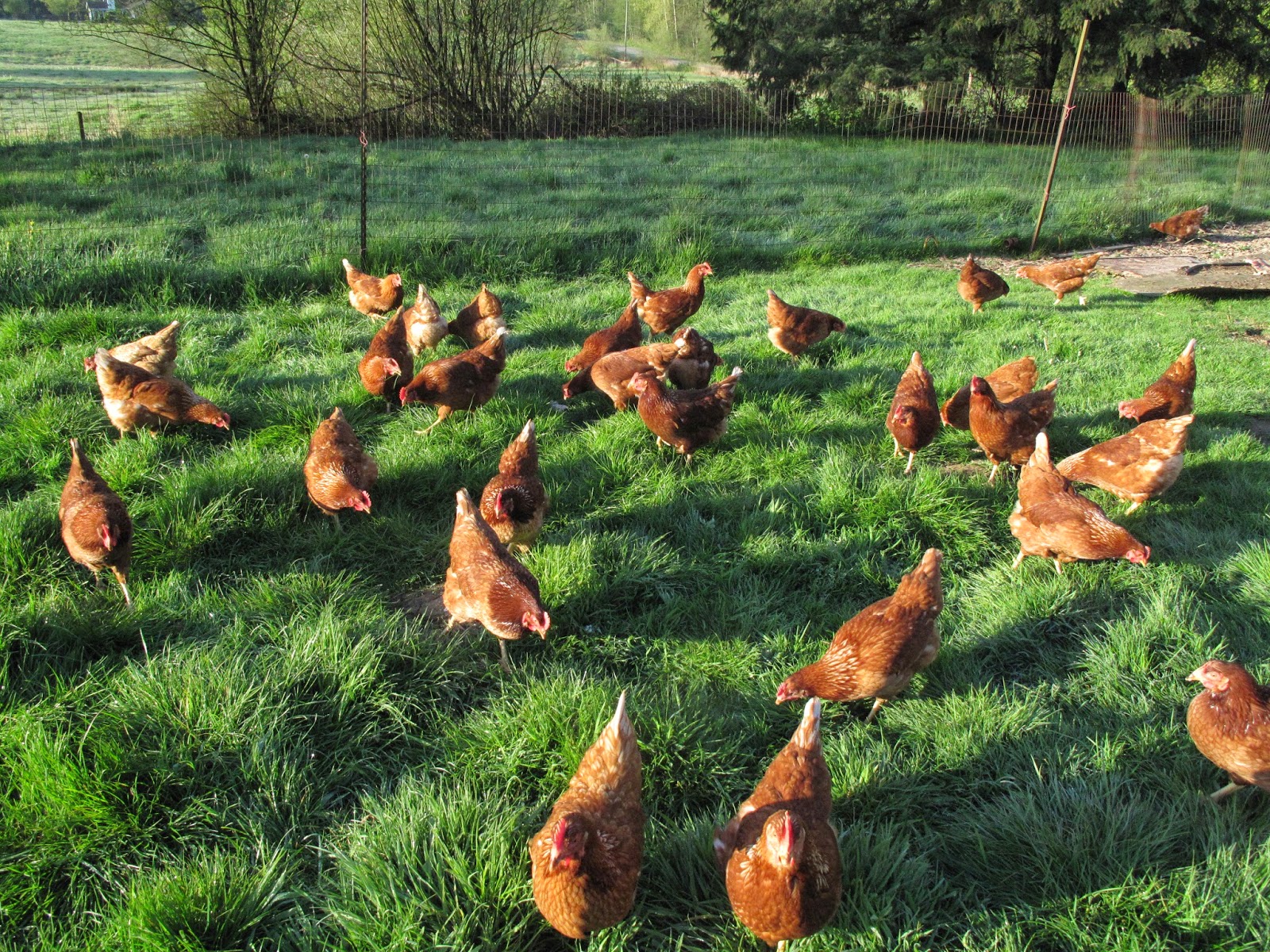 So much nicer to see than a large flock a few miles from us.  Those hens are in area that is not big enough to sustain them and the grass.  Now it is just dirt, and when it rains...mud.  Their eggs are sold as free range at one of the markets we sell at.  As we go by we see piles of old bread or produce in there, but no grass.  I know which eggs I'd rather eat.

And something a little bizarre.  I cooked a spaghetti squash last night.  When I cut it in half to scrape out the seeds, I noticed that half of the seeds had sprouted, with great long shoots.  A different kind of spaghetti.  I should have cooked them along with the squash. 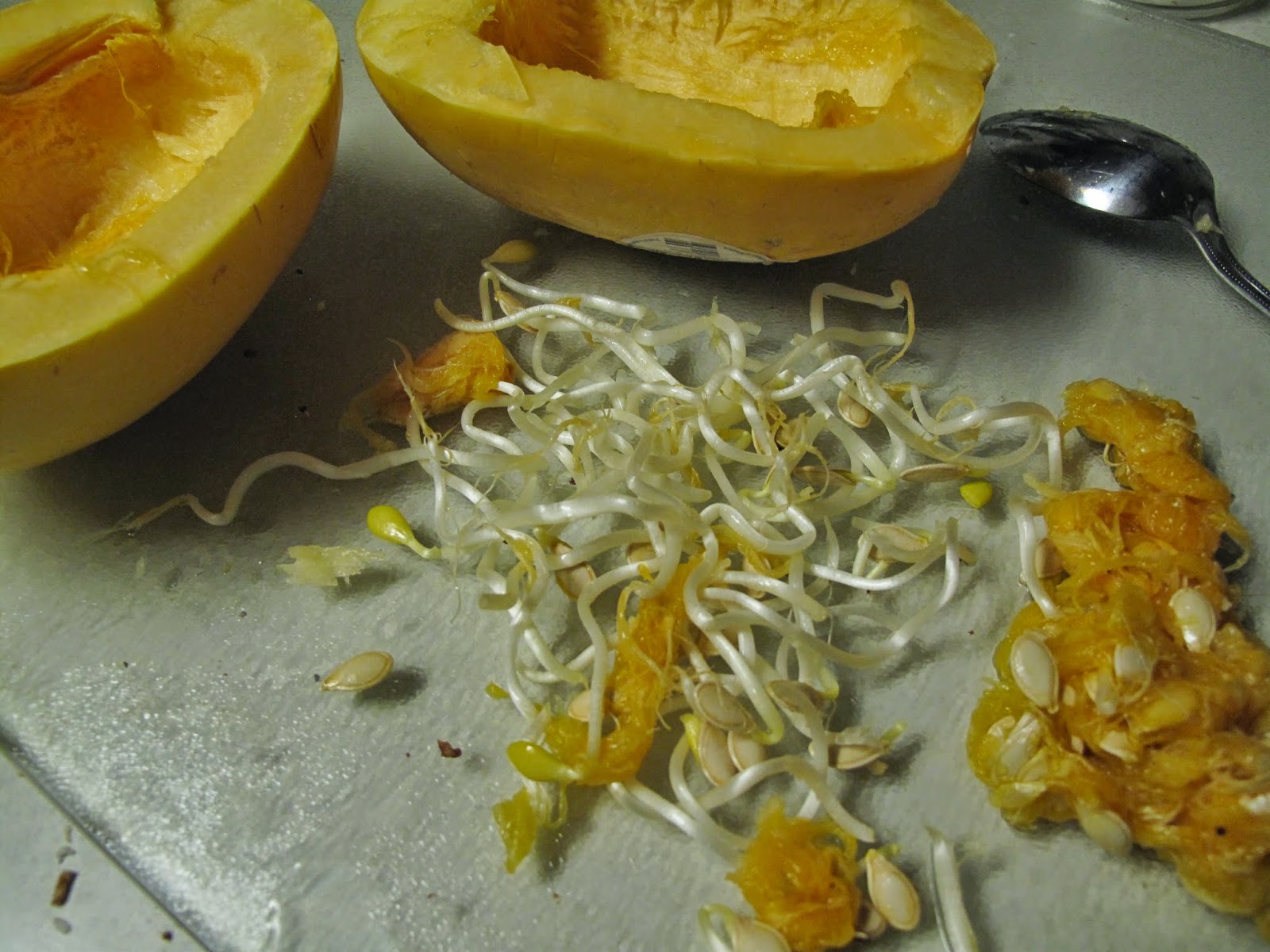