Making sure that the black and white bitch witch can't sneak that Kong away from him while he has a little snooze. 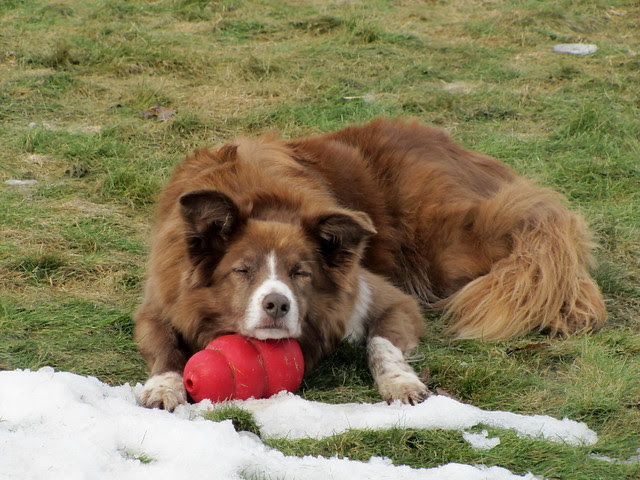 Sometimes we'd leave Calli back at the house with some peanut butter smeared on the inside of that Kong, while we took the two collies on a longer walk.  It's the monster size, so if the peanut butter is smeared right to the far end, the dogs really have a hard time reaching the last bit with their tongue, which means that the attraction of that Kong lasts much longer.  Luna would always remember about the Kong when we got back from the walk, and would head into the house as soon as she could, to see what she could salvage. She must have abandoned it at some point, which allowed Jake to get it.
Maybe he's keeping his eyes closed so he can't see the 'look' that Luna would give him, to make him abandon the Kong and move away, which he would.
Posted by Karen at 1:34 PM