Today was what I call a 'bonus day'.  A day when the weather is much nicer than the last forecast I had seen.  It was lovely this morning when we started out for our walk.  The fog from the valley below started to roll in, but then it must have rolled right back down there because we didn't fog in.

We have some cattle on our place for a few weeks.  They are four bred heifers (young females bred to have their first calf) and belong to our friend and next door vendor at the farmers market, Carol.  Back when we had four horses, all our grass was used, either for pasture or hay.  As the horses died off, we had hay to sell and then eventually we stopped cutting hay, and handed that over to our neighbour.  This year it was so dry that he didn't get a second cut, but the grass did start to grow a bit again when we got rain this Fall.  Anyway, they are here to do some cleaning up.  They were in the field where there is a vegetable garden.  There is not much there that they can damage, but they did tromp around and through the garden a bit, leaving their calling cards (sloppy cow pies) all over the place.  I had to google if comfrey was okay for them to eat, but apparently is, and is quite high in protein.  There is a sizeable patch in that field, now well pruned off.  This morning they were all at the compost pile where I had dumped all the dahlia foliage.  In fact they were climbing all over the pile to eat the wilted foliage.  Apparently that isn't bad for them either, as far as I could find out, and they seemed crazy over the frost wilted leaves.
See the frame for the Ticky Tacky Redneck greenhouse in the background? 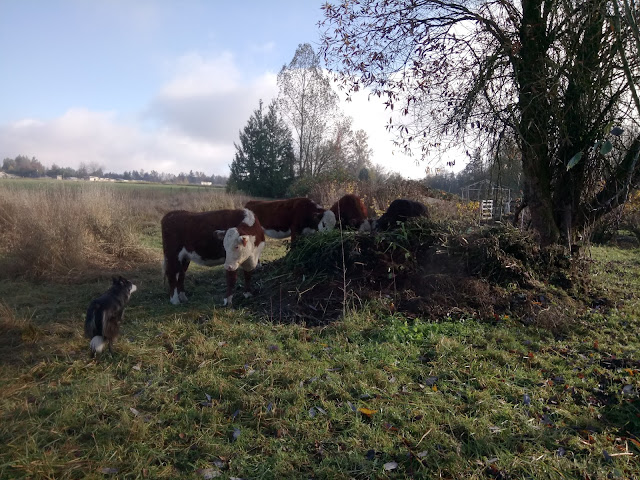 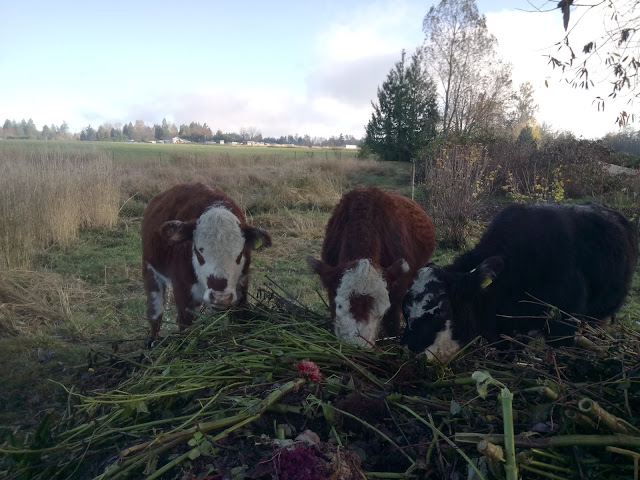 We decided it was time to push them out to the back field, so Luna helped to move them through the gate,  and Larry blocked the gate to the other field they had already been in. Well blocking involved him standing to one side of the gateway waving his arms and yelling, and he thought he was about to get run over until he got Jake to give a few timely barks and off they went in the right direction.

So pretty walking down the trail.  Lots of crunchy golden leaves still. 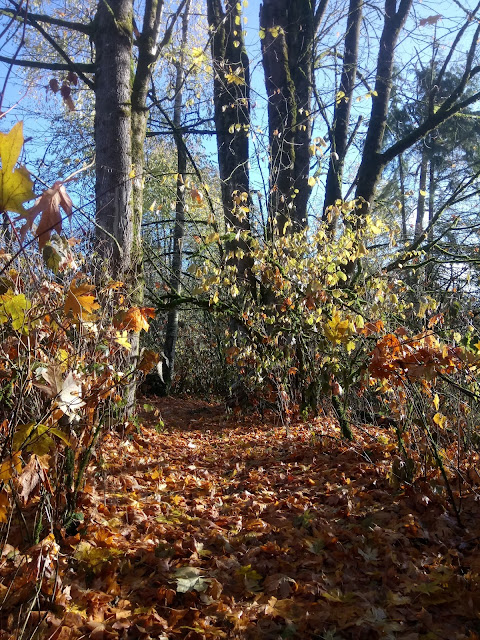 I turned to take this shot, thinking a needed a dog or human to stand in the 'tunnel'. When I turned back, I saw this, Jake getting some 'lovin' 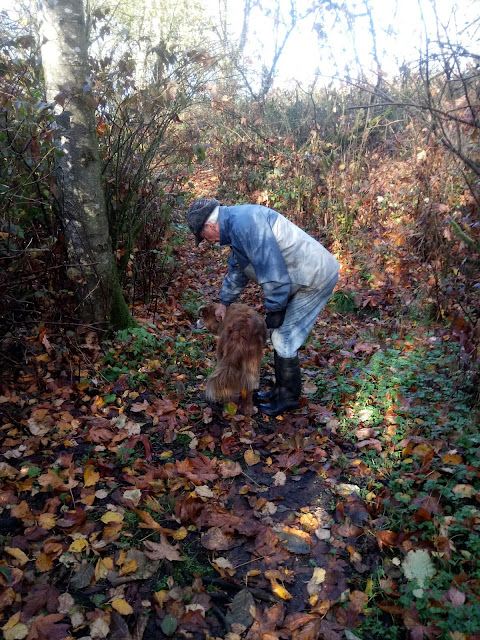 A few days ago we noticed that this dead birch had crashed over and flattened the wire fence.  This morning Larry put the chainsaw and helmet in a wheelbarrow and pushed them out on our walk.  On the way back he stopped to cut it up.  We did wonder what it would be like.  The birch seems to rot really quickly. 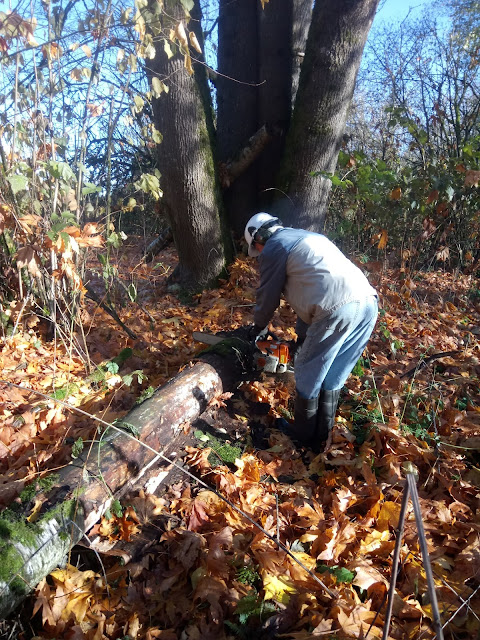 On the other side of the fence, in our neighbours.  I carried the rounds out to the trail. 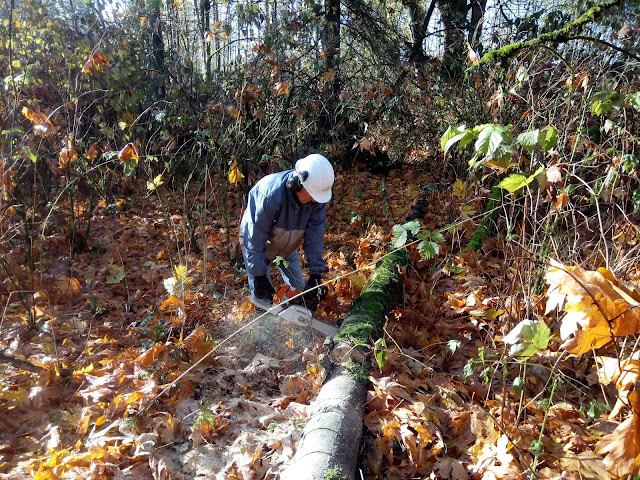 We pushed the wheelbarrow back to the barn and brought the tractor and trailer out, and between us got the punky looking birch loaded on the trailer. 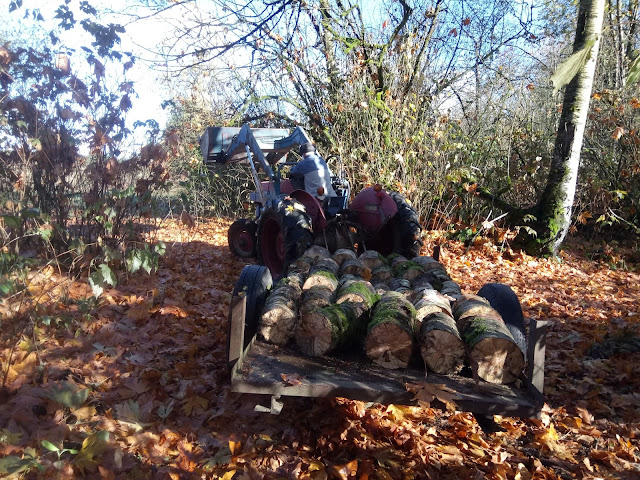 The cattle made a nice picture, grazing on the green (buttercups mostly) in the sunlight filtering through the trees. Back at the barn, I got the maul and split all the wood and Larry stacked it.  I like splitting wood, and I'm pretty good at it 😜  Some of it was good, and some it was wet and mushy, like we expected, but most of it ended up on the wood pile.   We even raked up all the mess and dumped that.  Wow, not often that a job gets done and cleaned up all in one go! 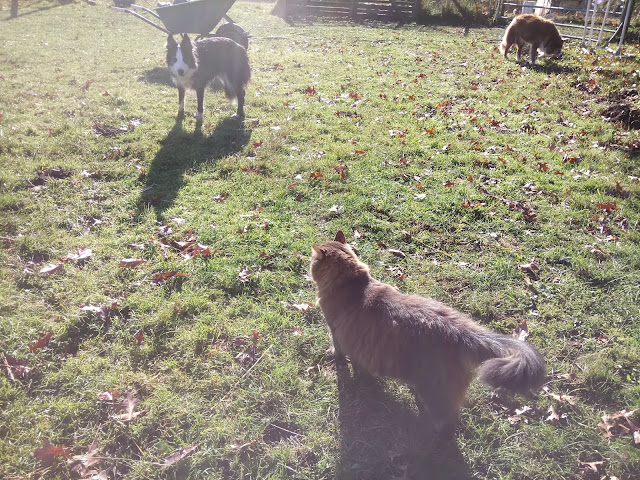 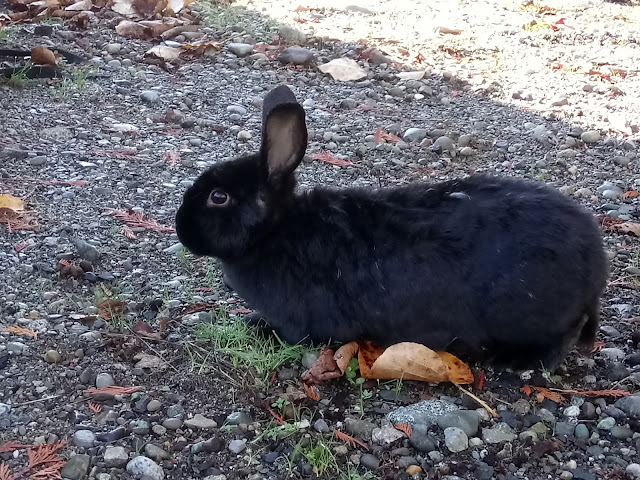 November 11, Remembrance Day
I hope you take a moment or two to remember those who made the ultimate sacrifice. 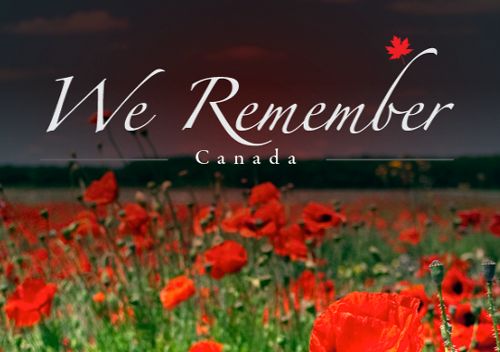