The raining is pouring down as I type this.  Our forecast for the next week is rain.  It's that time of year.

We live in rubber boots here.  I bet they get worn every month in the year at some point.  Not so much in the summer of course, but still get put on every now and again.  We can get such heavy dews, and early morning walks mean long wet grass, so rubber boots tend to be our 'go to' footwear.

Remember that cute puppy we had living with us at the beginning of the year.  Tucker belonged to David.  Tucker liked to chew on ...... things. 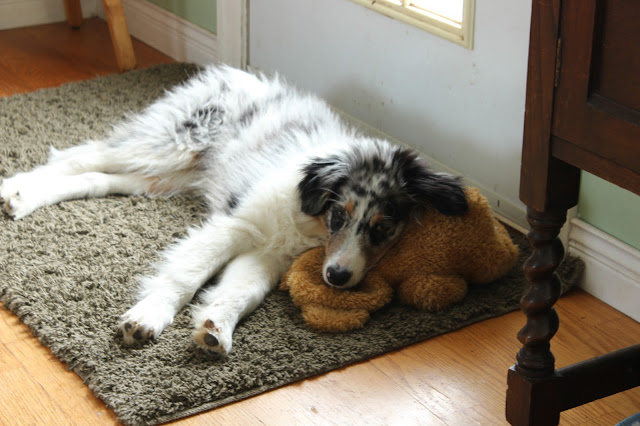 Tucker decided early one morning that my boots needed a bit of style.  Let's round the tops off and make them look like cowboy boots.  Fortunately he was stopped before he got to the second boot.  I looked at the boot and wondered about the amount of rubber than may or may not have been in Tucker's belly. 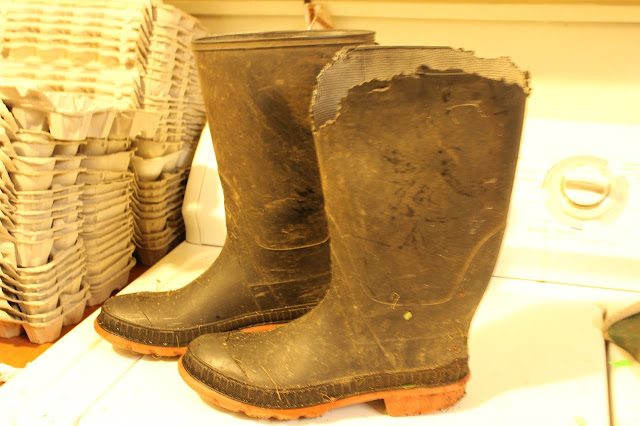 Not to worry.  I was driving with him in the back seat of the car a little while later.
Worried about me and the rubber he said,  well I'll sort that out for you.  And then he immediately deposited a pile of black rubber bits on the back seat.  Good dog, not!

Anyway, my lovely personalized pair of boots seemed like they were going to last forever.  I wore them yesterday through the bush, still going great!  We had a fair bit of rain overnight and there were more wet spots this morning. At one point I thought I felt a bit of dampness, and then that thought immediately left my head.  We got to the little creek and I commented on the amount of water now flowing, after it had been dry for months, and sloshed through it like 6/61 year old.  Aw shit!  Now there was water sloshing inside my boot as well as on the outside.  On further inspection there was a nice slit on the left inside.  Time for them to go.

Not a problem though.  Being the Thrift Store hound I am, I'd already accumulated a spare pair or two, or maybe five.  So I brought out my collection and picked out a replacement pair (some of them have been borrowed by visitors, so have got a bit mucked up already).  I chose the second pair from the left.  They had a name on the buckles, can't remember what is right now, and am too lazy to walk downstairs to see.  I googled them of course and on the website there was not a pair of rain boots under $85.  I paid no more than $3 for them. I'll get a few years out of them.  I keep a fellow farmer friend supplied with boots too.  And Larry as well. 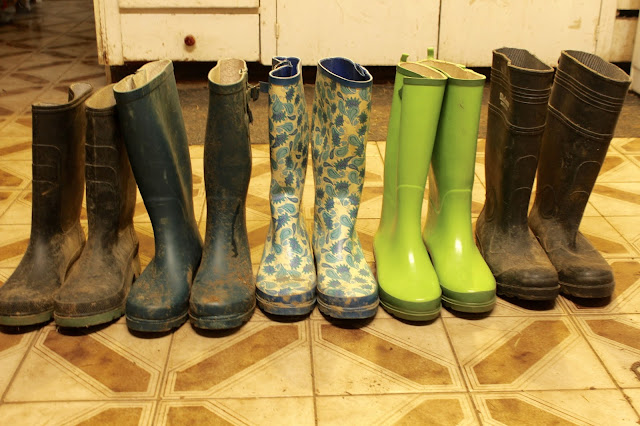 And here's the Tucker puppy now.  All grown up, just over a year old, and freezing his buns off in Edmonton.  They've had snow and cold for a few weeks now.  The coldest in 20 years David informs me.  A rude introduction to cold and icy winters, but I guess if they can handle this one, future winters might seem like a piece of cake. 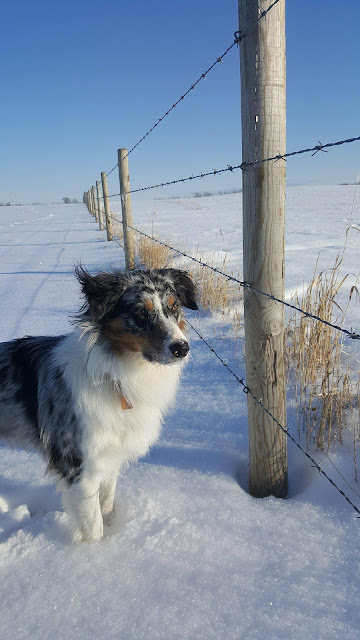 A bit of colour added to the dining room on these dreary wet days. 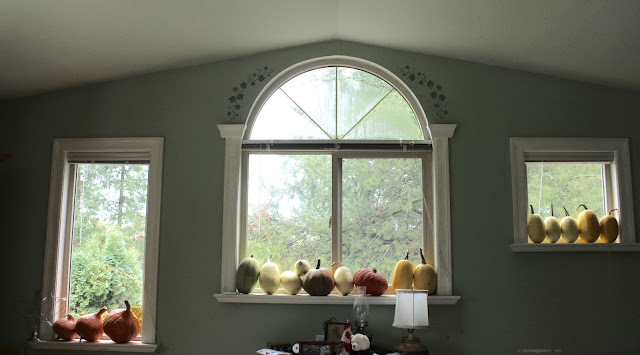