Well the storm didn't really live up to the forecast, not in my opinion.  We did get a tiny bit of snow, and then by Wednesday evening it had already turned to freezing rain.


Part of the massive pile we had shovelled off the roof.    This is what we see when we go out the front door. 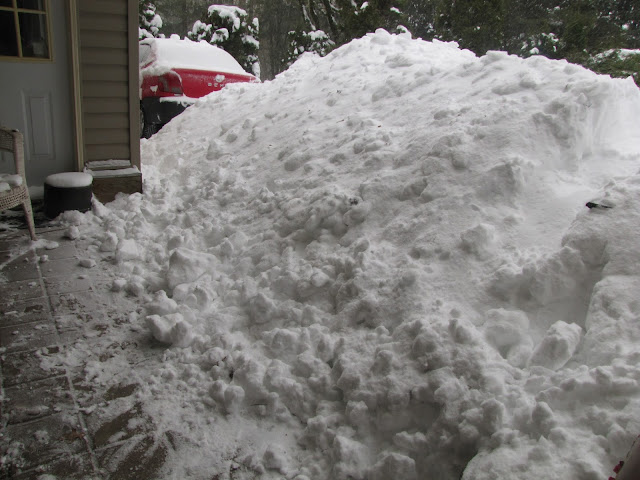 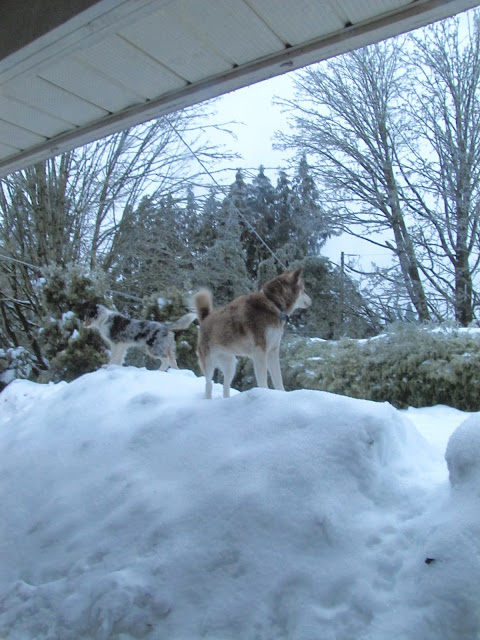 There was a coating of ice on everything, and that freezing rain kept coming.  We must have been right on the freezing mark because the ice didn't get any worse, but it also didn't get any better.  It was early afternoon before we got to the plus side and the ice started to let go. 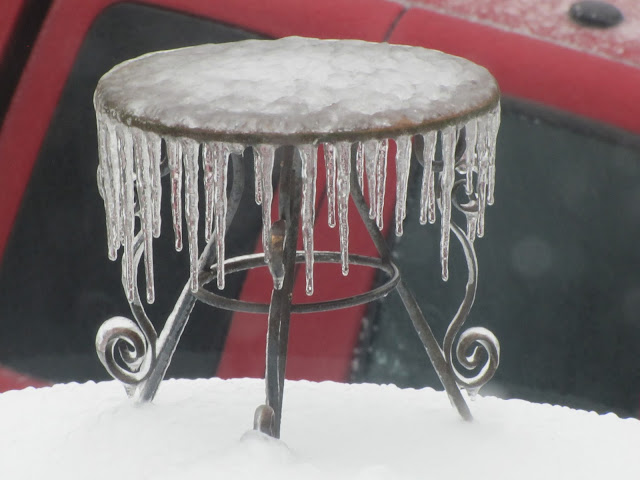 Of course it is so very pretty, especially when we had a brief flash of sunshine. 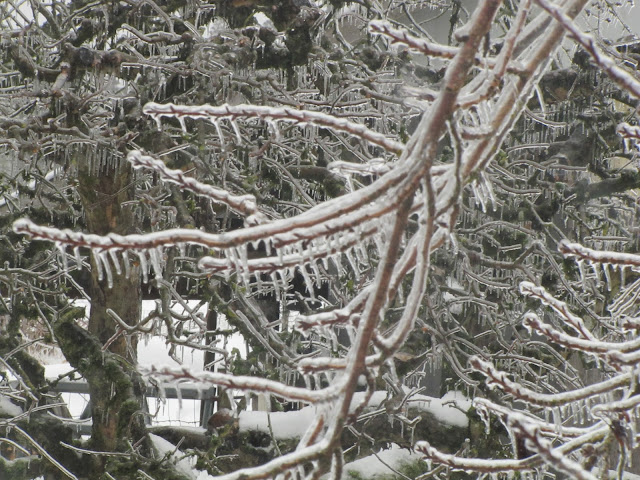 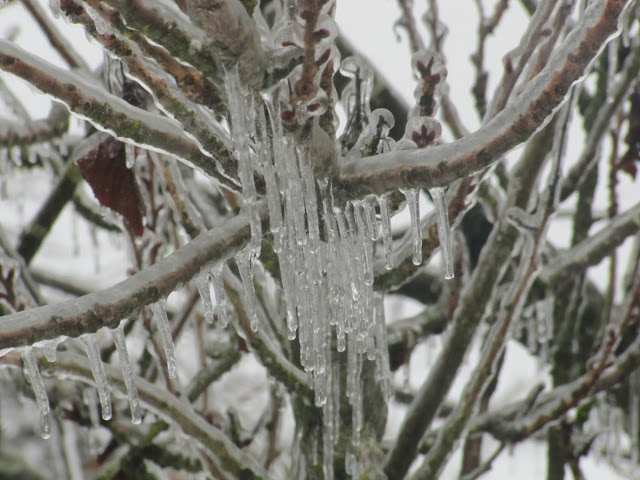 When the freezing rain first started, it must have been quite windy.  It was fascinating that the ends of the cedar boughs were all turned to the west, and frozen in place. 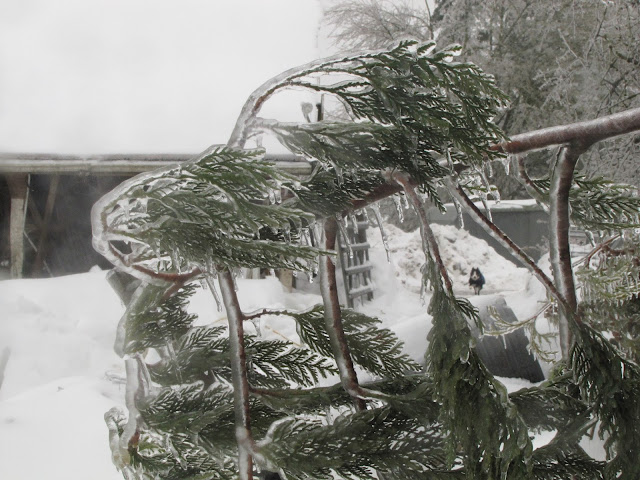 The bird feeders have been busy non-stop. We've had a few different woodpeckers, this is a Downy. 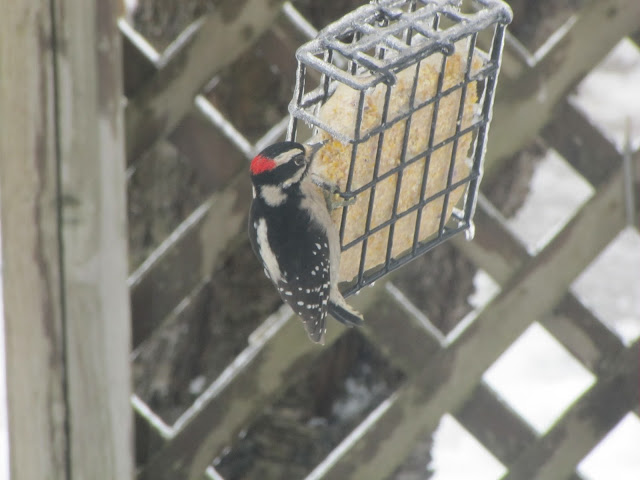 A west coast winter, snowshoes on melting snow and ice, holding an umbrella! 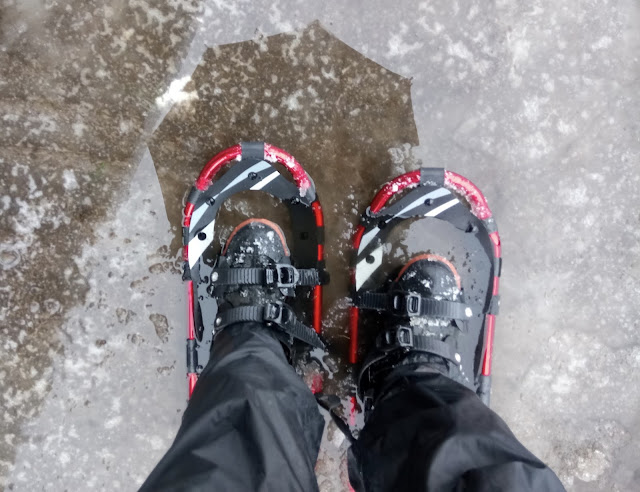 It was the hardest snowshoe trip ever around our back field.  Jake decided to come, but had second thoughts quickly.  Too late buddy! 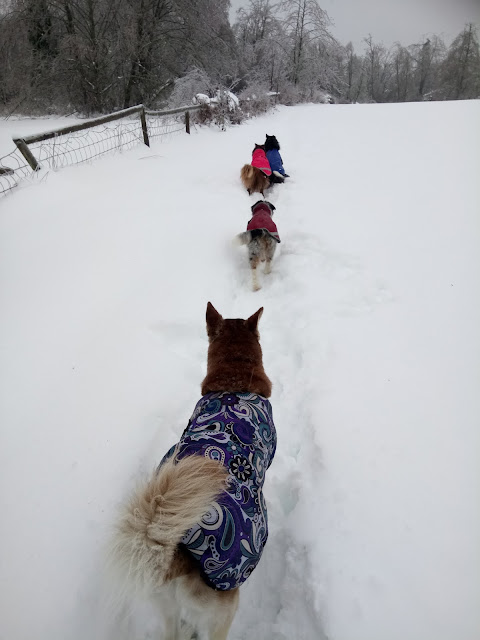 We daren't walk through the bush as there were branches and trees cracking constantly with the weight of the ice.  The older dogs were a bit worried about that, and most of the time stuck close. Besides, it was just too hard to break the trail for long.  The ice wasn't enough to hold them on top, and it was really heavy going.  For us too, exhausting, we had to stop and rest twice. 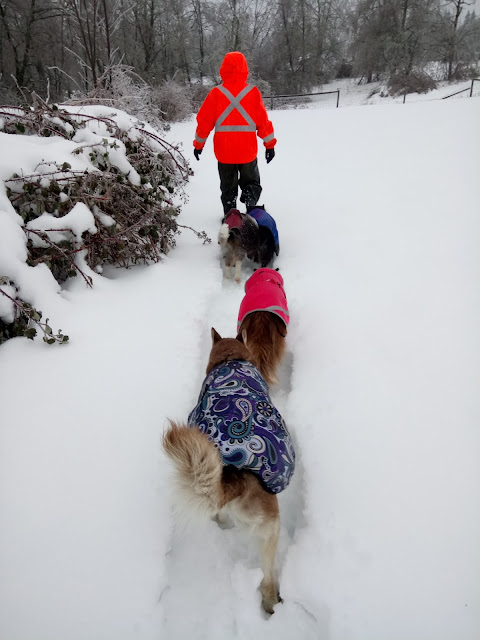 Lots of cool ice sculptures though! 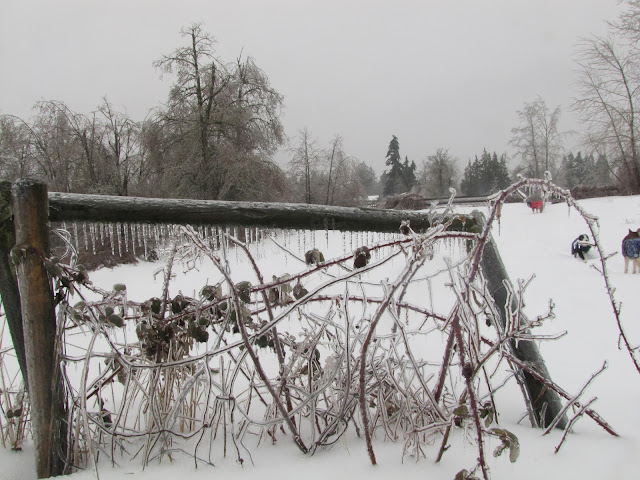 Icicles reaching from one fence rail to the next 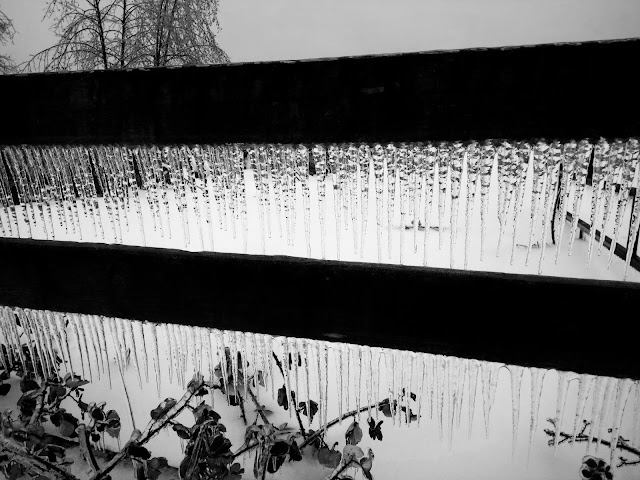 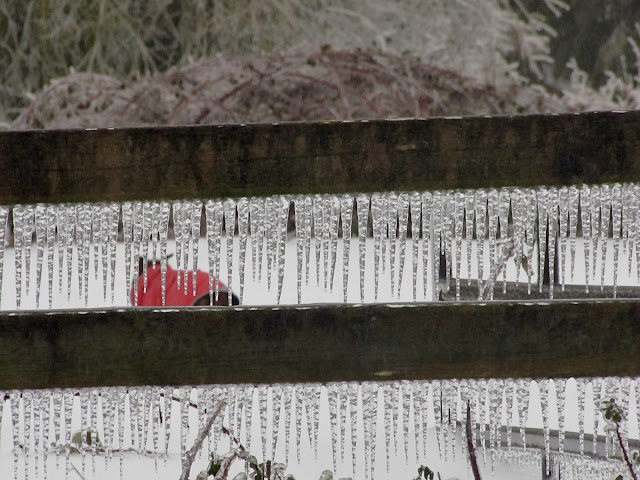 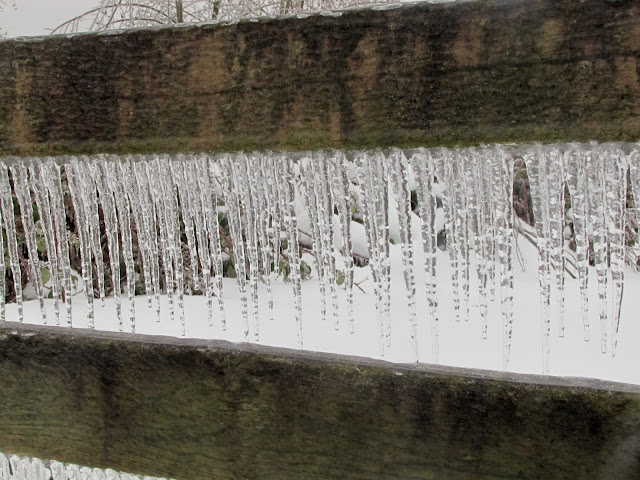 Today is mild and some wind.  Hoping it takes the snow away quickly.  A flash of sun which was nice.  Jake elected to not take the morning walk.  At least it was a bit easier than yesterday. We went through the bush, there were lots of big branches down, but nothing blocking the trail.

I'm so over having to use snowshoes though.