Come Snowshoeing With Us


This morning we decided to put the snowshoes on and forge a path along our trail in the bush. It was deep out there.  I actually took a tape measure along with me and pushed it to the ground in random places, and the snow was between 16 and 19" deep.
It was colder this morning and the snow was lighter, so we were sinking in about 10 ".  It was hard going.
Luna, being the pushy bitch she is, insisted on leading us much of the way.  It was hard work for her though, and every once in a while she would let us take over.  Where Luna went, Tucker was close behind 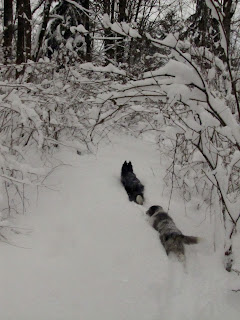 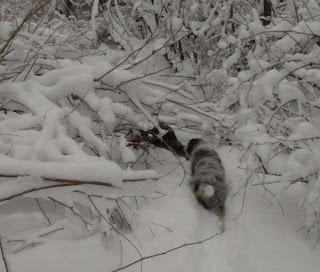 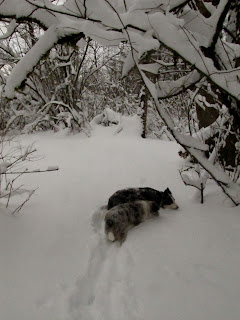 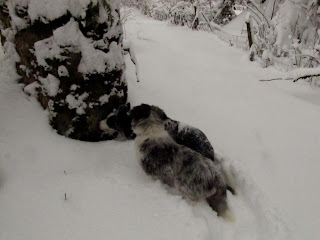 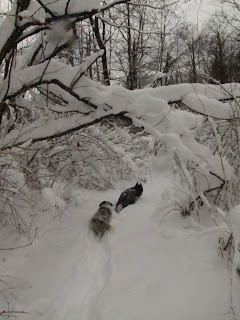 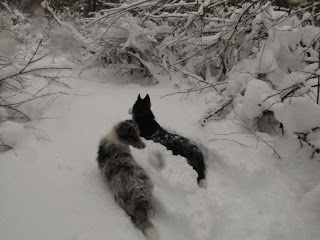 Luna fell into line for a bit, and then decided to take the lead again.
Doesn't she know that you are supposed to pass on the left? 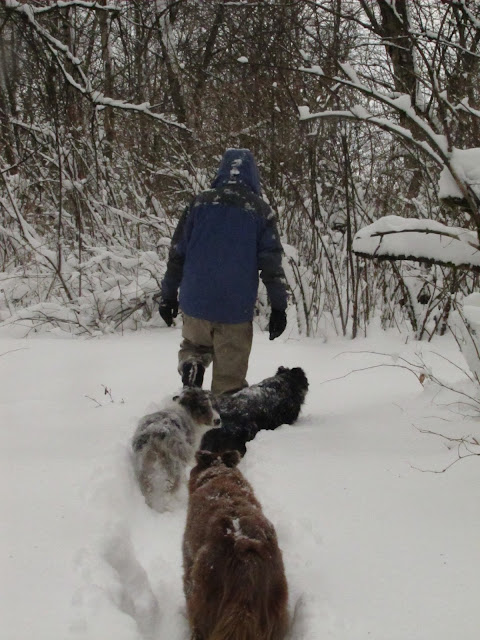 Then at some point she got behind me again, but too close.  She kept stepping on the back of the snowshoes, and it seemed like every other step was extra hard as I lifted her leg up too.  Then one time she stepped on me, and I stepped on me, and down I went.  It was a soft landing and I managed to keep the camera up out of the snow, while being mobbed by Luna and Tucker.  Larry came to take the camera so I could get up....... 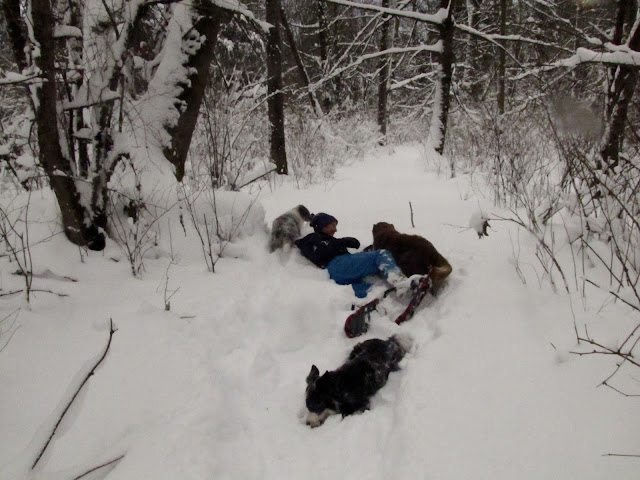 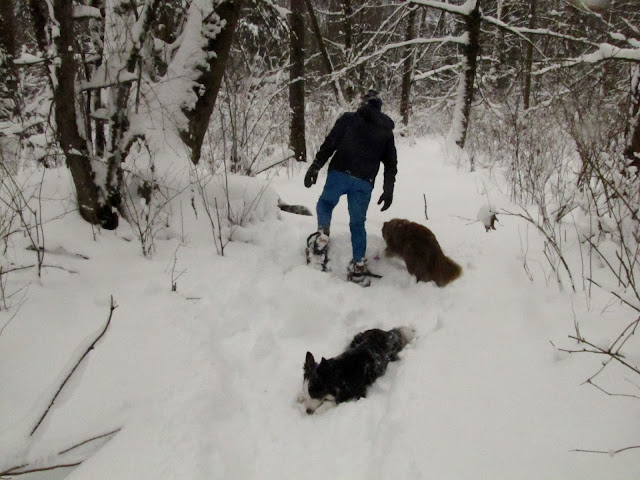 This video is right after the creek.  You can hear me breathing hard, well 'cause it was darn hard work, and I'm trying not to end up in the creek.

We came out of the bush at the east end of the hay field.  A bunch of branches and their accompanying blackberry vines where hanging low over the trail.  We banged at the branches for a while but weren't making much progress in getting them to dump their snow and sproing back up. In the end we had to crawl under and decided to take the easy way out and go over a low spot in the fence and into the hay field. 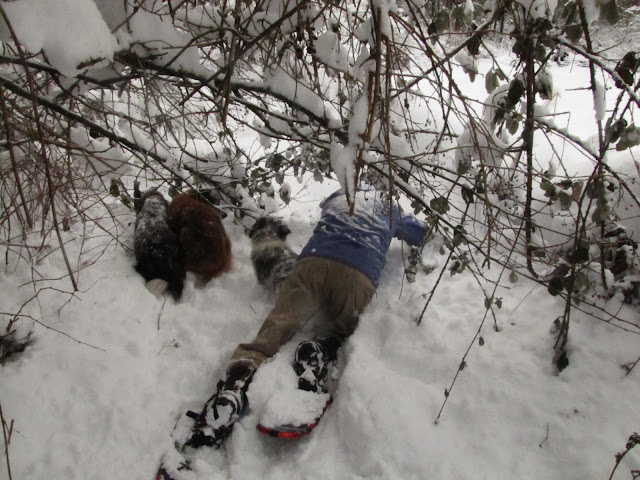 There we were able to pick up the snowshoe trail made yesterday.  It was a bit drifted over, but still pretty obvious, and was much easier to walk on. 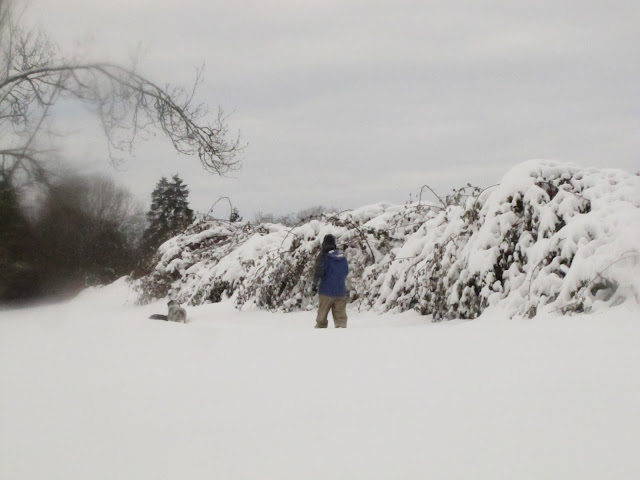 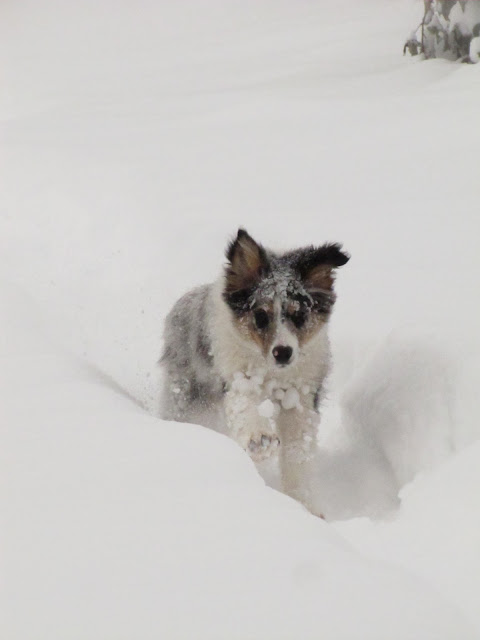 The zoom makes the house look like it is only 100 ft away, while in reality it would be more like 600' 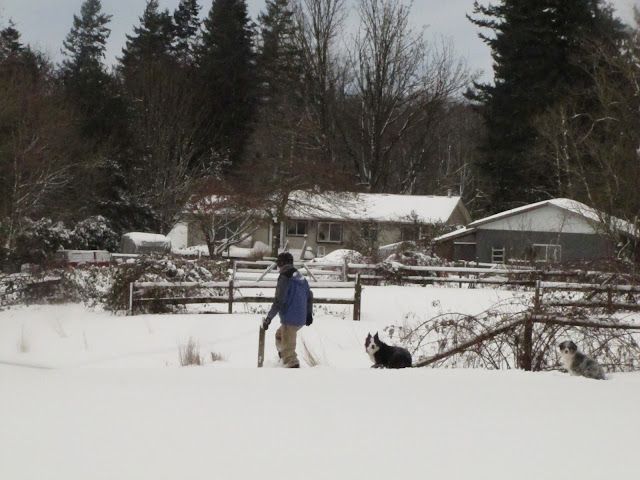 It's a real black and white world, with the odd bit of brown! 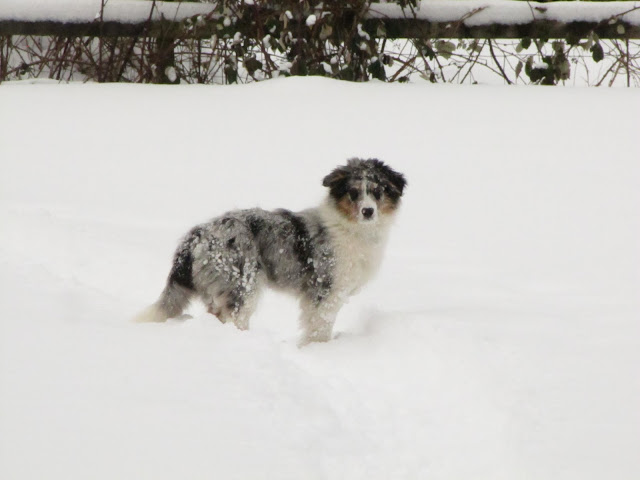 Tomorrow it will be a piece of cake to walk down the trail we made today.  We will still have to climb over the gate though, like we did this morning, and pass the dogs over.  We won't be digging that gate out any time soon.