Don't Forget to Look Up

This afternoon while I was the only one home, there was a lot of cackling going on in the chicken field close to the house. I glanced out and could tell just by the way they were stood, or gathered in groups, or heading for cover, that 'something' had them worried.  I ran outside and called the dogs and let them into the field and they had a run around.  I glanced quickly at the trees, and didn't notice anything, and the dogs didn't show any indication that a coyote had been in there.

What on earth could it be?

And then I had a better look, and saw a juvenile Bald Eagle sitting near the top of the cottonwood tree. 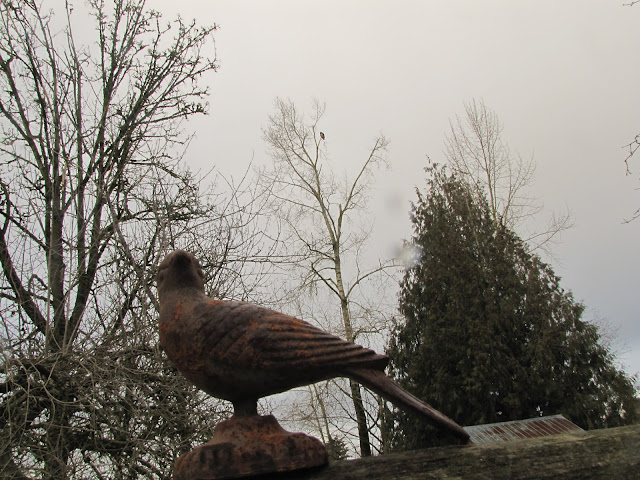 That is the roof of the chicken coop in the bottom right in the picture above.  I may have looked up, into the closer trees, but obviously not up high enough to notice the eagle.  It was sitting on a branch that had broken in last week's ice storm. 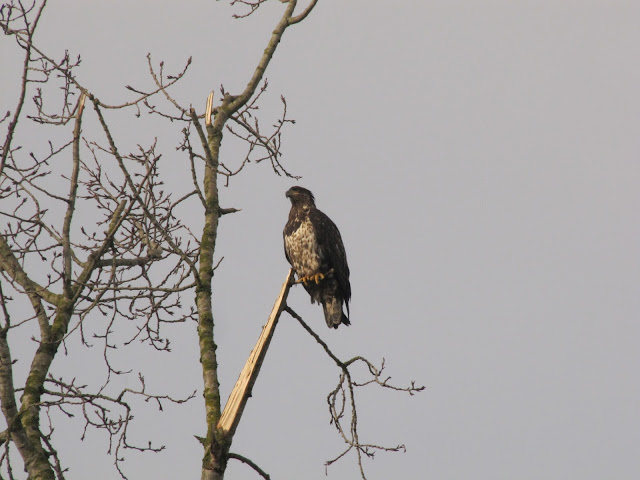 Some of the hens were hidden under the Cotoneaster bush near where I was stood.  We do like to leave some overhanging growth for the chickens to hide under. 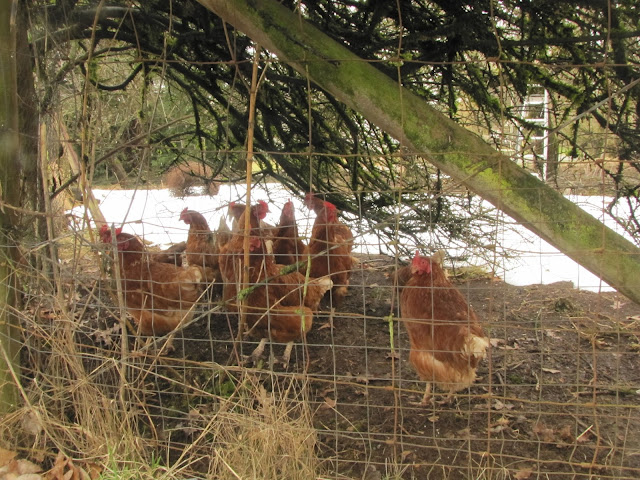 The eagle sat on that branch for the longest time, looking here and there, but never seemed to really focus on the chickens. 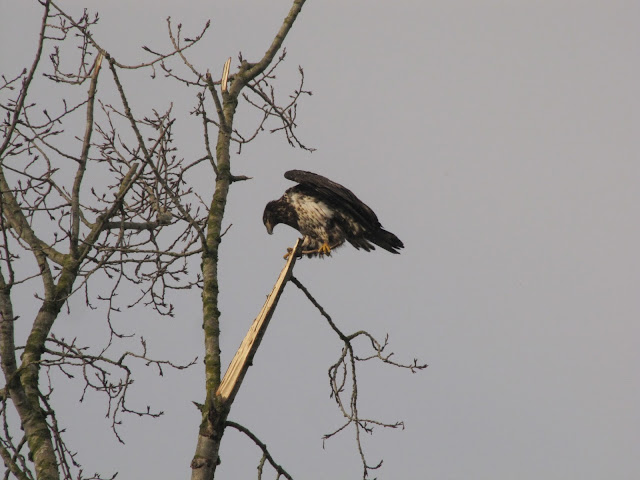 It was almost like it couldn't get comfortable, and changed positions a few times 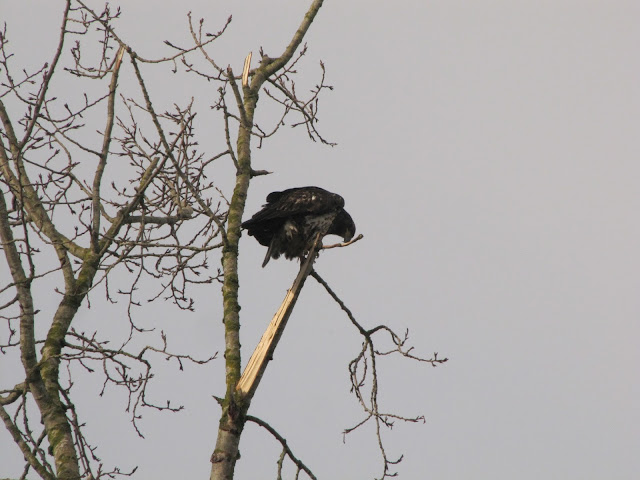 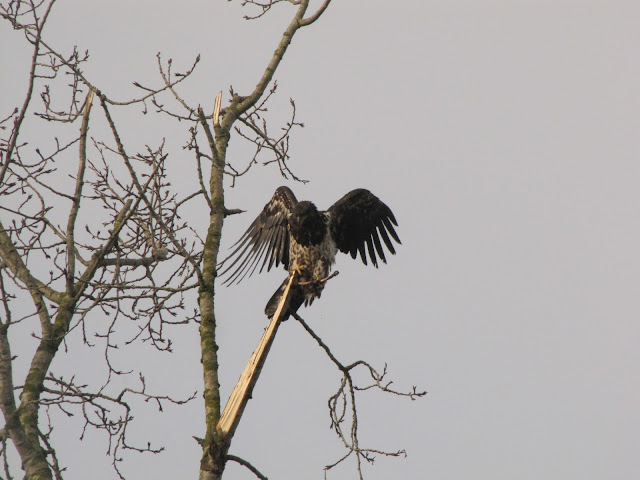 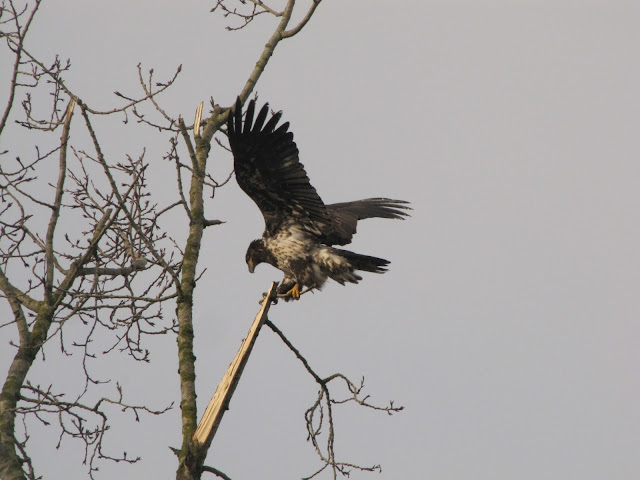 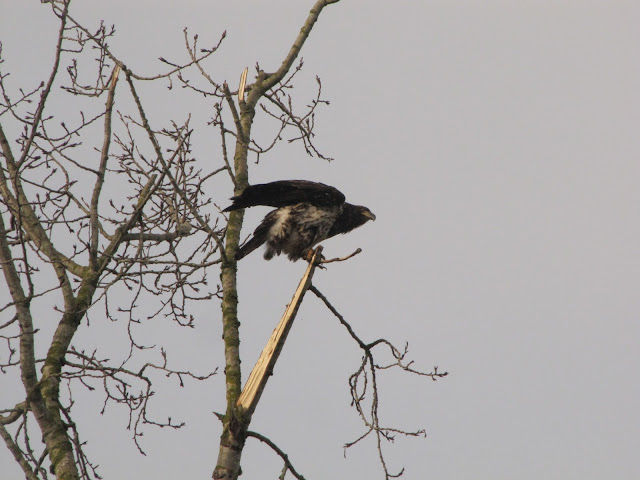 Eventually I got bored and then the eagle must have too, as it was gone when I checked later.

Our snow has been slowly melting, but yesterday and overnight it was quite mild with some rain at times, and wind too.  Our hay field was still 6-8" deep in snow on Wednesday morning, but this Thursday morning it was all green.
What a shock and a pleasant surprise!
Our ground is saturated with water, and mud is quick to form.
I must say that snow makes for much cleaner dogs.

Remember to look up!