I was up at the top of the apple tree, getting a bit of pruning in.  I happened to glance to the north, and there was a Bald Eagle sitting about 70 ft. up a cottonwood tree, which is right next to the north chicken coop. 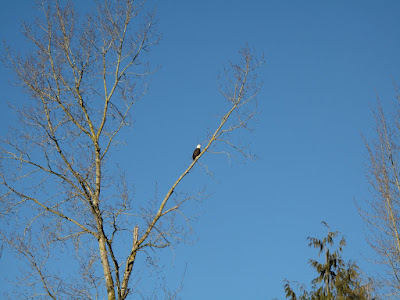 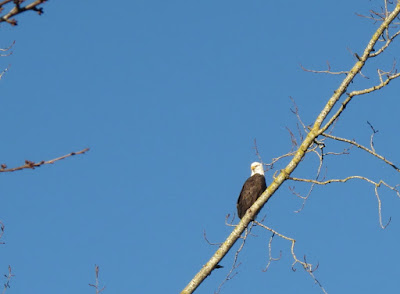 I got out of the apple tree, went and got the camera and tried to get closer to get a better picture.  I only had a 5x zoom on the camera.  The eagle was too high, and all I ended up doing was scaring it off. It ended up landing at the top of the fir tree right next to the house.
The smart chickens were hiding in the sheep barn or under this cotoneaster bush. 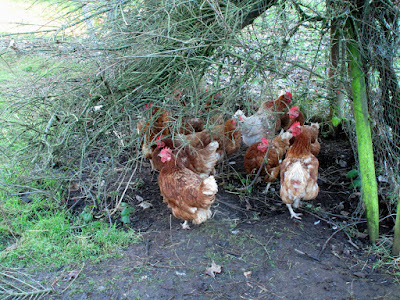 A few, not so smart ones, were still cleaning up under the bird feeder.  That feeder has only been up a couple of weeks, and already the chickens have made a bare patch underneath it.  The rooster, who is usually the first one to shout 'danger, danger!' was out there too. Maybe he's slacking at his job in his old age. 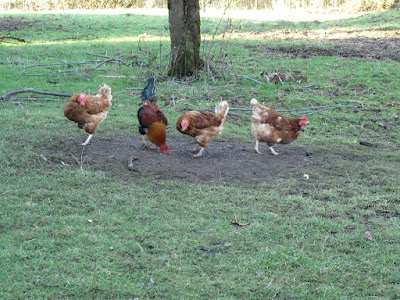 In the meantime the eagle flew back to the other cottonwood by the chicken coop.
I walked up another field trying for a better picture angle. 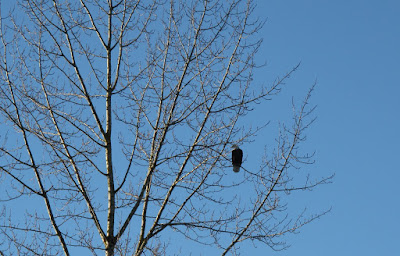 Once again it flew off. 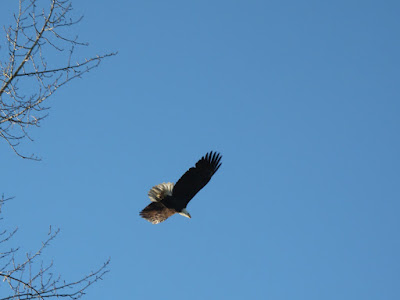 This time for parts north.  Hopefully it found dinner that way. 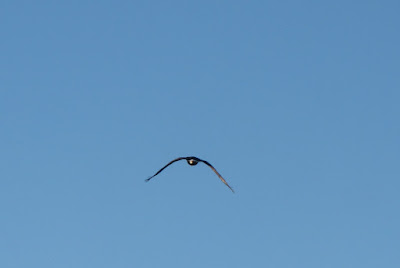