When Meredith first bought her condo, David's girlfriend's mother offered her an almost brand new brown leather couch.  Since she needed furniture, and had none, she was happy to accept.  Since the couch just happened to be minutes away from the White Rock farmers market, we arranged to pick it up one Sunday after the market.  We had the truck and the car, and all the stuff that would normally be in the back of the truck, was packed into the car, so that we could fit the couch in there.
At the corner of their street, there was a house with a few things at the end of the driveway for free, including this chair.  I never drive past a free pile without giving it a quick once over.  I got David to walk back with me to check out the chair.  It was still really solid and quite comfortable, but totally the wrong colour for Meredith.  With the dark couch and the dark floors, she was wanting the rest of the furniture to be light.  She had repainted the beige, mustard and red walls to a light shade of blue, with a couple of accent walls a darker shade.  What I didn't take a picture of was the back side of the chair, which had been totally destroyed by a cat.  We strapped the chair onto the top of our market utility trailer and took it to Meredith's along with the couch. 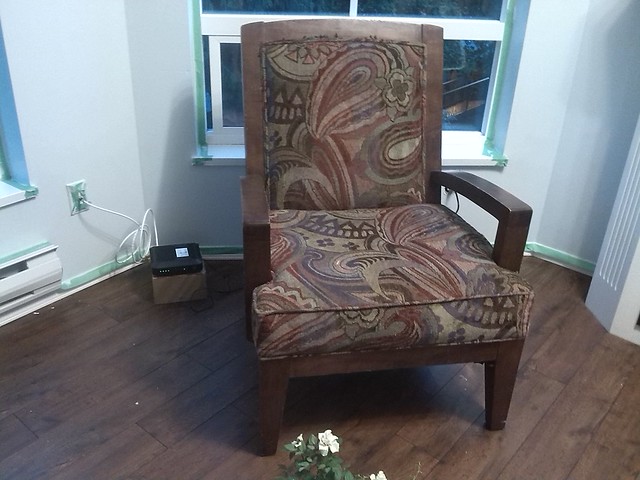 I think Meredith did most of the work removing the upholstery and it's thousands of staples.  We had to take one arm off to be able to remove the seat.  I helped her to paint the chair in a creamy white.  You can see another chair, a $9 thrift store purchase, on the right, upside down.  We painted the bottom of that at the same time.  It has yet to be recovered or slip covered or maybe even painted, the fabric that is. 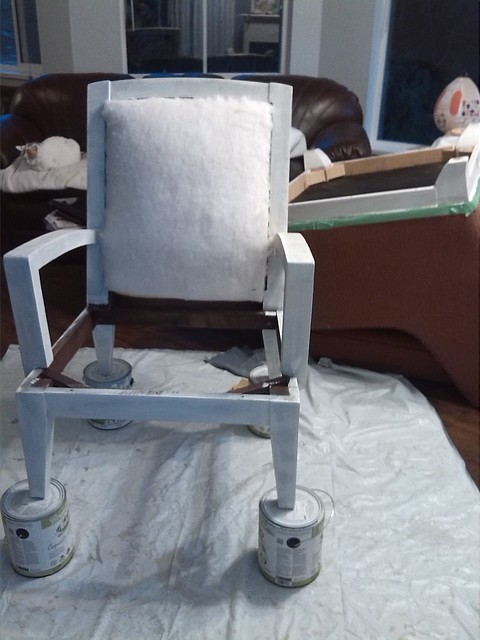 I went with her to the fabric store, and we spent a lot of time trying to find a reasonably priced fabric that she liked.  She settled on something, I managed not to say anything, but it certainly wasn't something I would have picked.  After all, it was her chair, she could upholster it however she liked.  Then the fabric and the chair sat there unfinished for a long time.  Long enough that by then Meredith also started to wonder why she had picked the fabric she did.  So that put her off working on the project, and then more time passed and by then she decided she really didn't like the fabric at all, and wanted to pick something else.  I offered her various pieces I had, but nothing appealed to her.  Back to the fabric store we went, and she decided to buy this. It was more expensive, but much much nicer, I really liked it too. 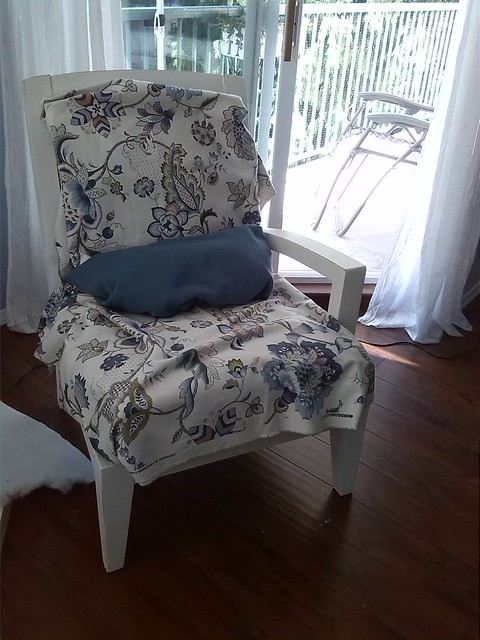 At the beginning of October she finally got moving on the chair and recovered it all on her own, made the piping, sewed the seat cushion.  I handed out my advice freely, but she did it herself.  It is the first time she has done anything remotely like this.  But then, the best way to learn is by just doing it. 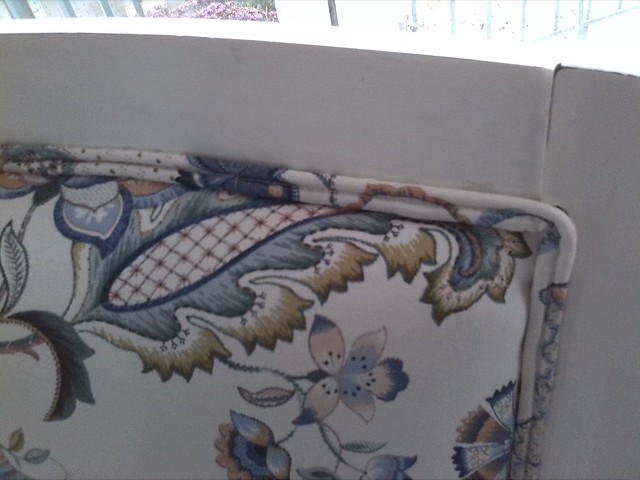 I think she did a great job, and the chair looks so lovely, and really goes well in the room. 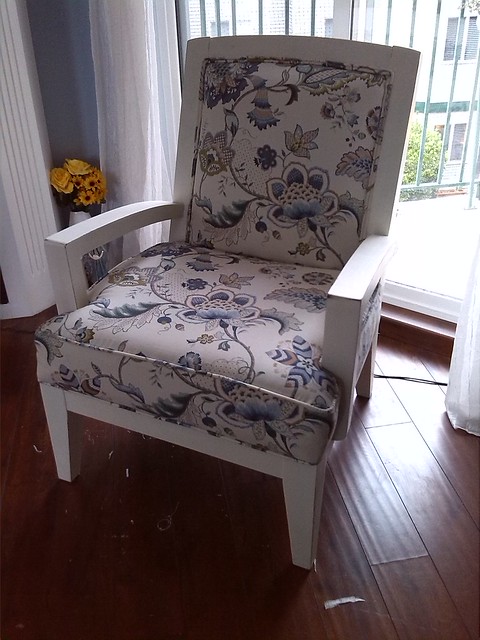