We are in the middle of blackberry season.  Just about every weekday morning we pick them.  We take the dogs for their morning walk through the bush, and then on the way back start picking blackberries.  And then Friday and Saturday evenings we pick more to take to the farmers markets. 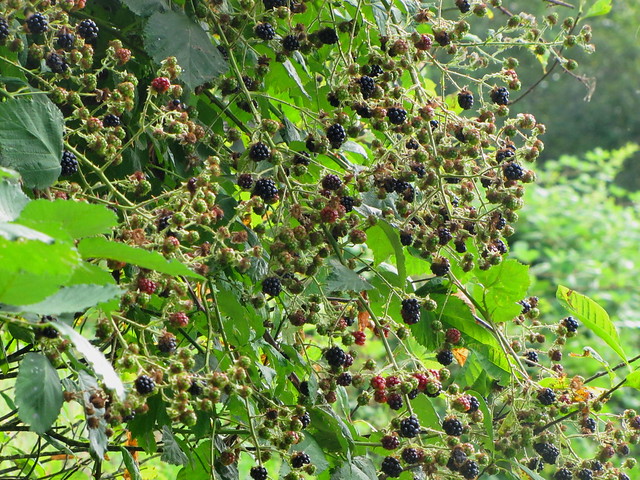 I am aiming to pick 40 pails full, between us, which means I'll pick about 2/3 of them, and Larry will pick the other third.  I need that many to have a steady supply of blackberry jam and jelly until they are ripe again next year. The pails held four litres (about a gallon) of something or other, but seem to hold more blackberries than the four litre  ice cream pails we used last year.  The three we have been using this year are much sturdier than the ice cream pails, and really work well. Some mystery person dropped them off at our gate. I am sure you are not reading this, but thank you anyway! 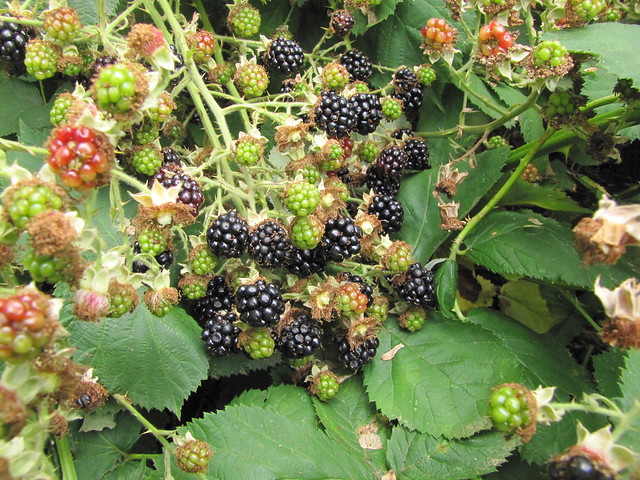 The best technique is to fasten the pail at your waist somehow, generally we run a belt through the handle.  That way you can pick with two hands, and bucket is close by for dropping the berries in. 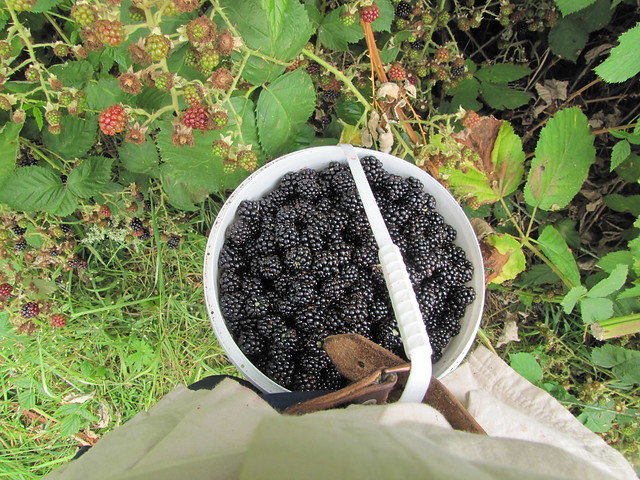 We saw a clip on the news the other day of a retired professor in Vancouver, out picking blackberries.  He was balancing the bucket on the palm of one hand, and picking with the other.  That's too slow for us.  He had multiple layers of clothes on so he could venture into the brambles and not get jabbed with the thorns.  We cut back the long overhanging shoots from this year. They are the ones that have the most wicked thorns. That way we can wear shorts and t-shirts because it's usually hot when we are doing it, and not get all caught up in the thorns (for the most part).  Wearing all the clothes like that professor, well I wouldn't have to worry about getting stabbed by the thorns, because I'd already be dead from heat stroke. 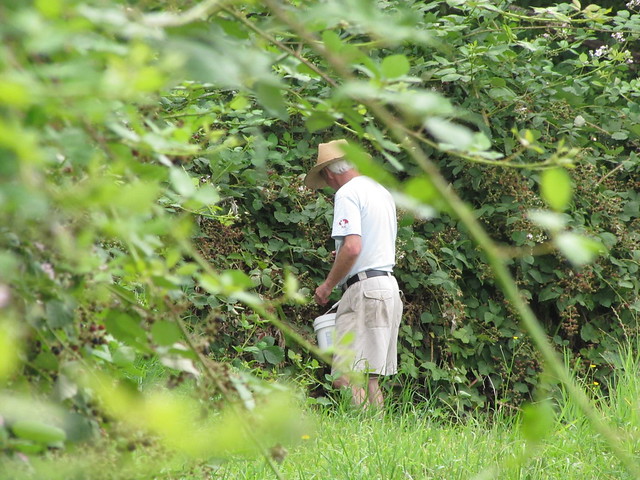 Every time we walked by one of the best patches, a robin would finally fly off squawking. Eventually I realized there was a nest in there.  And then when we finally started picking there, we saw this.  As far as I know there were only two babies.  This would probably be the second hatch of the year. 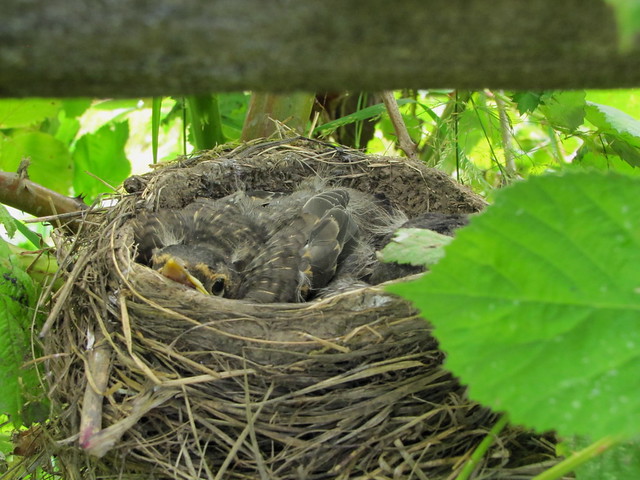 We picked fast and moved out of the area as quickly as we could.  Sometimes we could hear mama robin swearing at us from the nearby trees.  Once we moved away she would come back and land on the fence just up from the nest, the next meal ready to be shoved down the nearest throat. 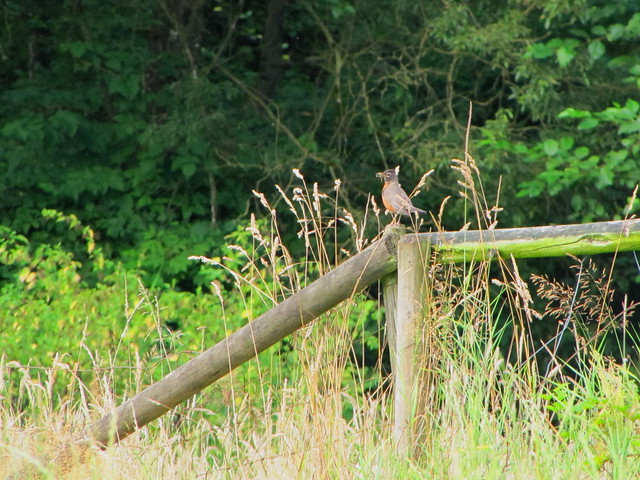 These photos were taken last week, and already on Monday the nest was empty.  Those babies grow fast!

We didn't pick yesterday morning because we had a bit of rain, so I went out on my own last evening and picked three buckets in just over an hour.  The picking was good!  We had some smoke in the air that had blown up from some forest fires in Washington, so I thought we might get a bit of colour as the sun set, and we did:) 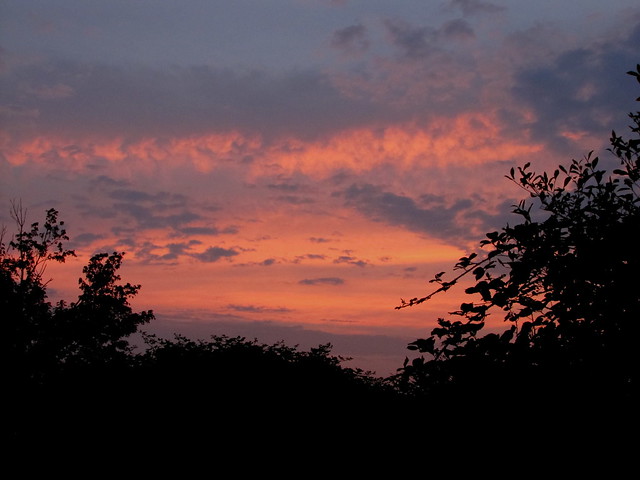 I'm sad though that we've already lost an hour of daylight in the evenings.
The dogs like blackberries too, and they have the best picking technique of all.  Straight from the stem to the stomach.