Last night when the moon came up from behind the trees to east, I tried to get some decent pictures.  I even remembered where I had put the tripod, which was amazing in itself, and set that up.  The pictures were nothing spectacular, for sure. 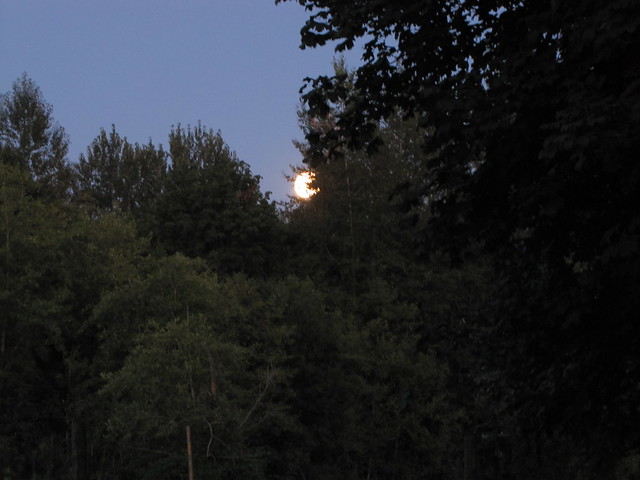 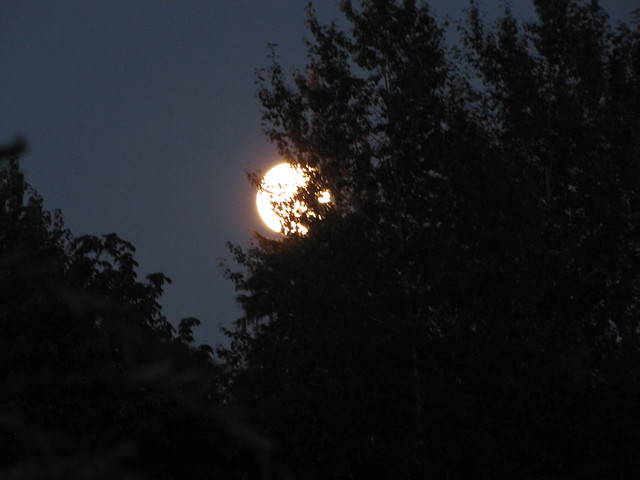 So then I thought it might be fun to take a drive over the hill to where there is a view to the east, and see what I could get from there.  Larry was in the middle of collecting eggs and shutting the chickens in, but he was game to come.  So we drove about a mile and a half and parked on the side of the road, and I got out and set the tripod up.  We could hear people talking in the backyard of a house nearby (it had been a hot day) and some weird bird noises from a barn close by.  I'll have to have a better look at that barn in the daylight.  There might be pigeons in it. 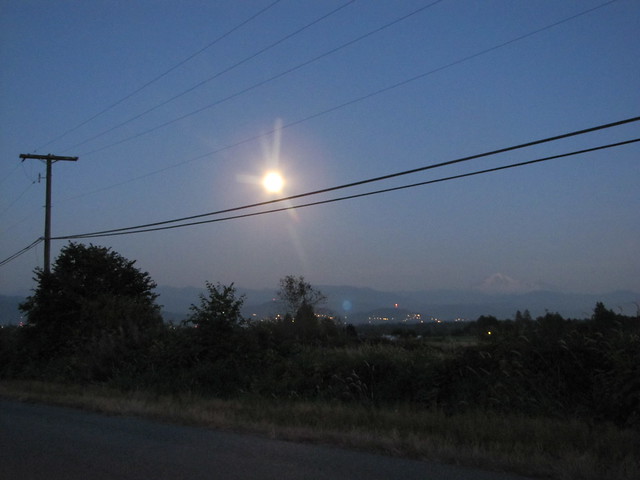 I had wanted to get the moon and Mt. Baker in Washington State together in the picture.   The moon wasn't really cooperating and wasn't where I wanted it to be.  I wanted to capture it rising behind Mt. Baker.  Well we were too late and too far east.  The sky wasn't very clear either, we get pollution trapped in the Fraser Valley on hot summer days.  Obviously I was not going to get the picture of my imagination. 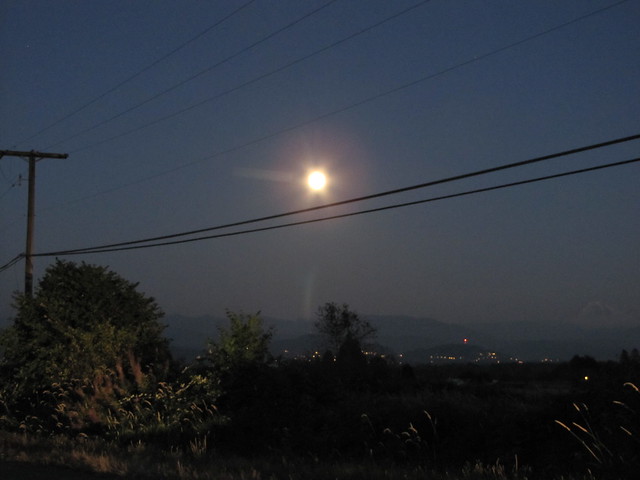 I farted around with different setting on the camera, really having no clue what I was doing.  Well mostly changing the shutter speed.
This was kind of a fun one.  A car drove by while the shutter was open, I think I had it set at 4 seconds at that point. 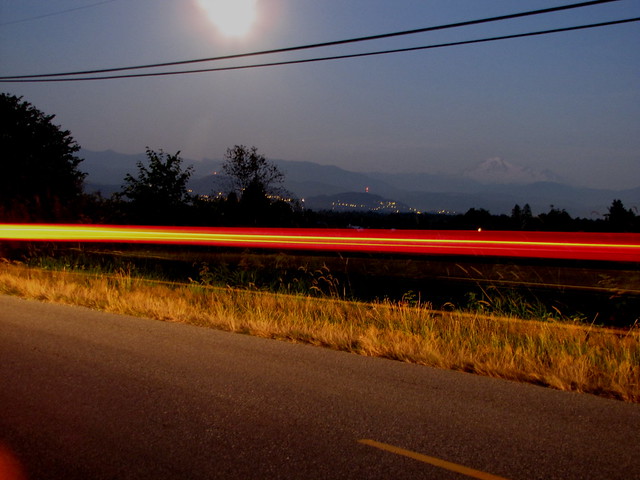 I wanted to try another one like that.  There had been a few cars drive past up to that point, but then we hit a car drought.  Larry kept offering to drive our car past, and I kept saying no, we'll wait for one to come by.  Didn't happen, so packed up and headed back up the hill, and of course then another car came over the top.  Figures.

Back home we went.  Larry finished off the chicken duties, and I took one last shot over the garden. 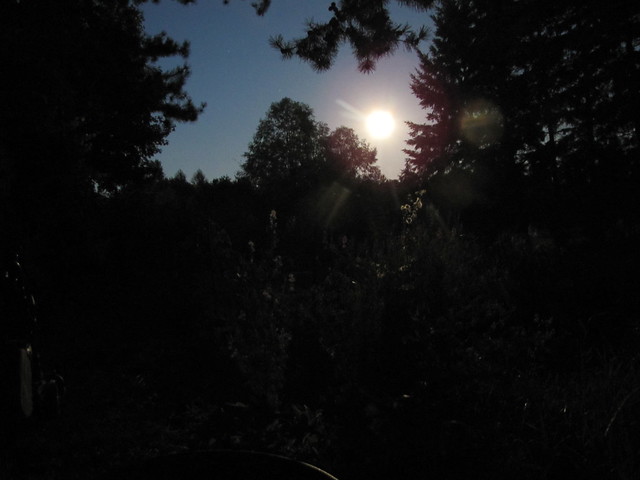