The Wyndson Dogs go to the Spa

That would be the home spa, which consists of their wading pool and the water hose. Poor dogs, not even warm water.  Ha, it was a hot day, so hot that I dragged the pool into the shade, and the cold water isn't even that cold with all the warm weather we have had lately.

Jake was my first victim client.  He was good.  Jake is mostly good.  He stood there with his back humped up and took it all patiently. 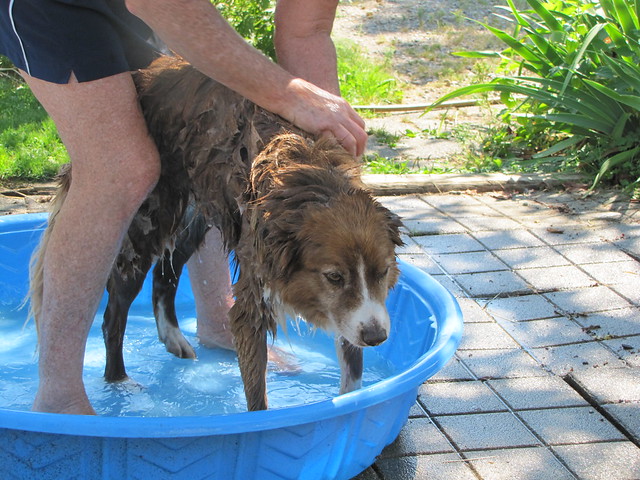 Luna just wanted the water coming out of the hose. 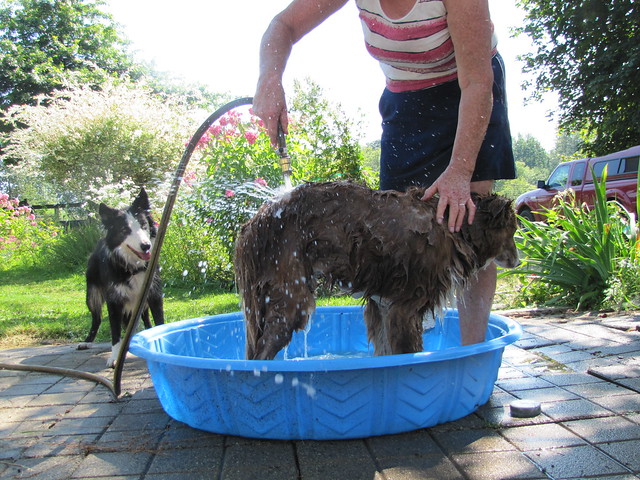 Didn't even get towelled off.  A good shake and a bit of running around in the sunshine.... 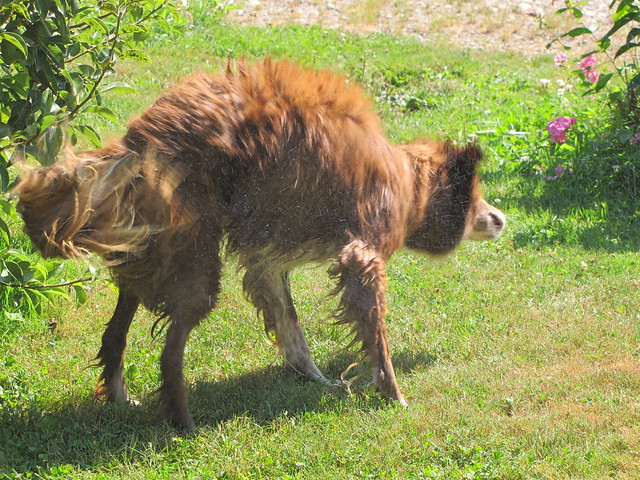 And a red dog is good to go. 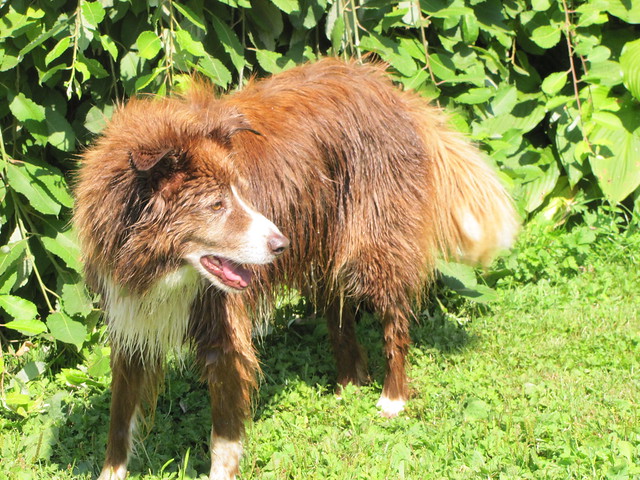 Luna was next.  While she might love biting at the water coming out of the hose, she was less than thrilled to have to stand there and get ALL WET!  She almost looks like she might like to bite me here.  Really...sweet little Luna? 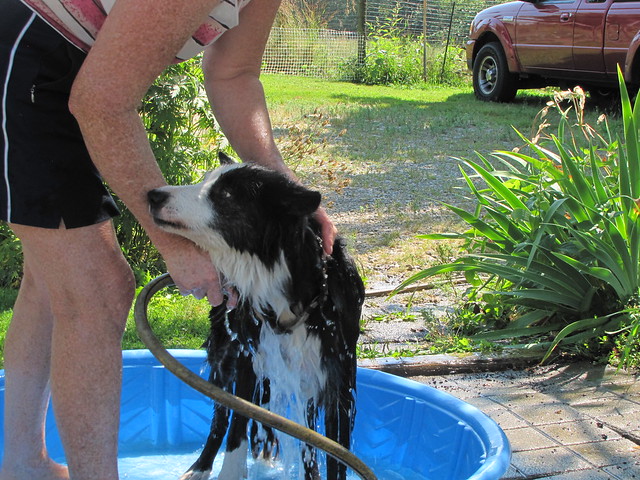 She did manage one escape attempt 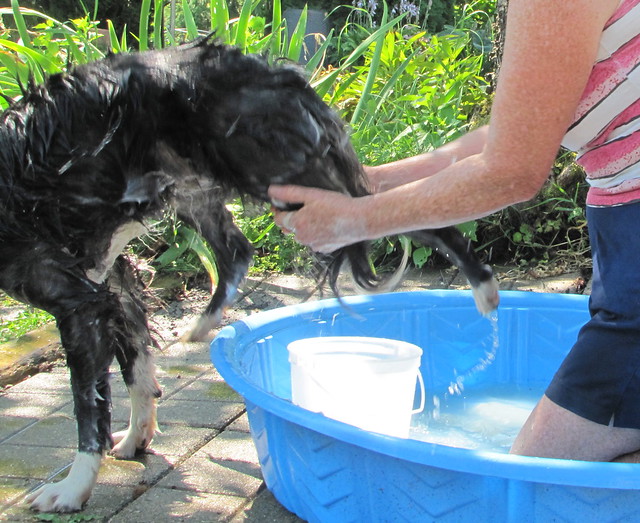 But I just hauled her back in. 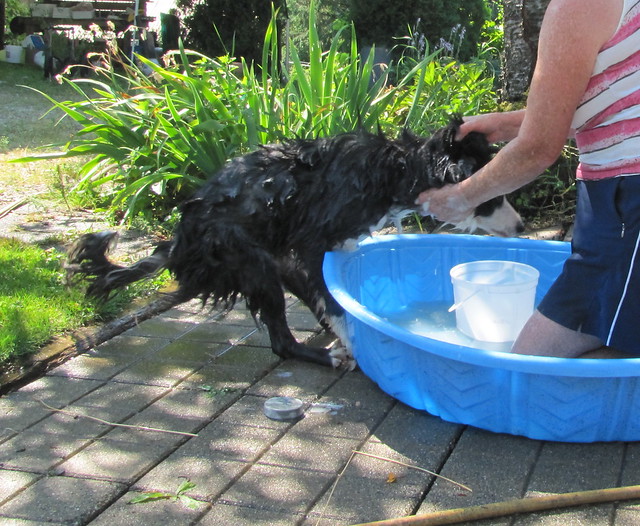 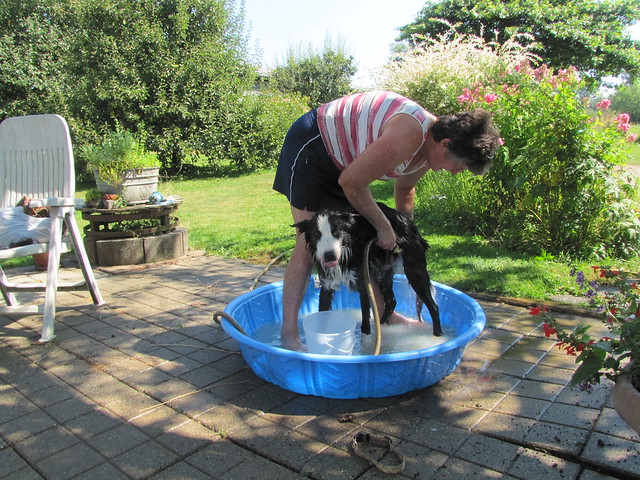 Then it was Calli's turn.  I figured she would be easy.  Get her plopped down in the pool and she wouldn't be able to get up, and I wouldn't have to worry about her trying to escape. 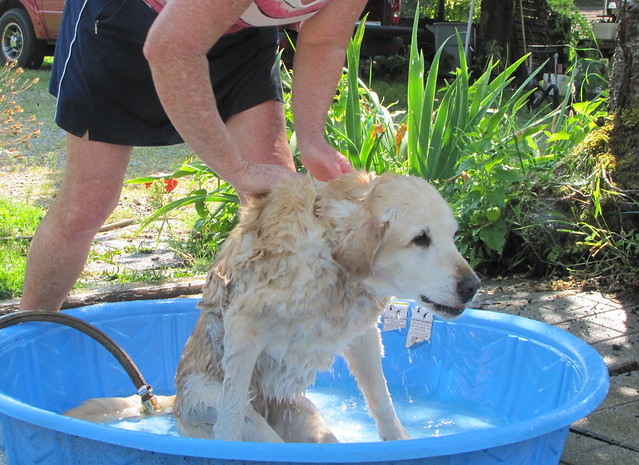 She says pfffft too. 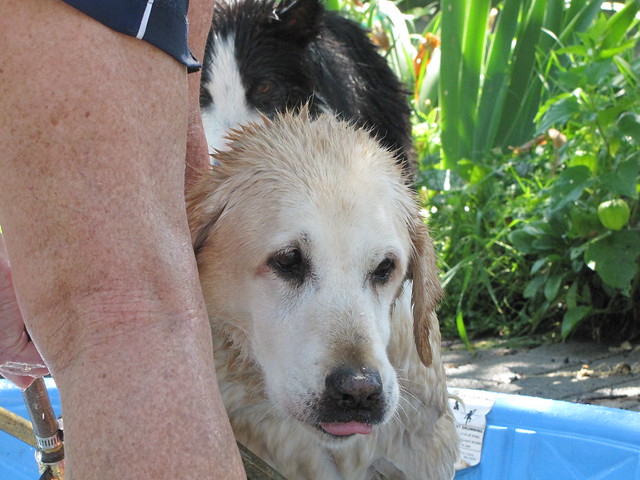 Luna was right there again, trying to get that water spray. 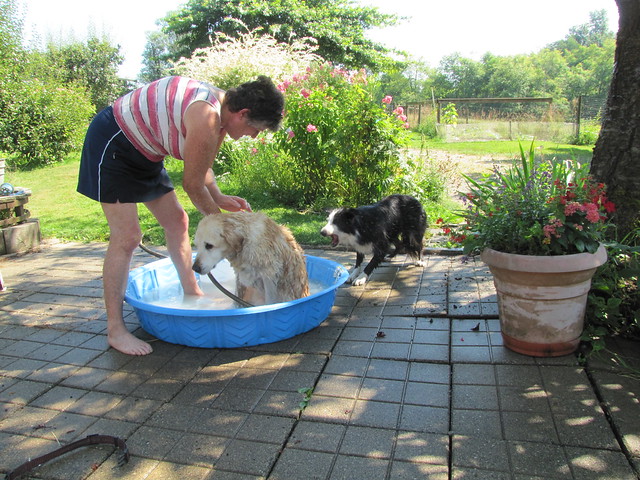 Well Holy Batman, the blonde dog got her front legs out, and boy does she have some power to pull with them.  It was a struggle to keep her in the pool. 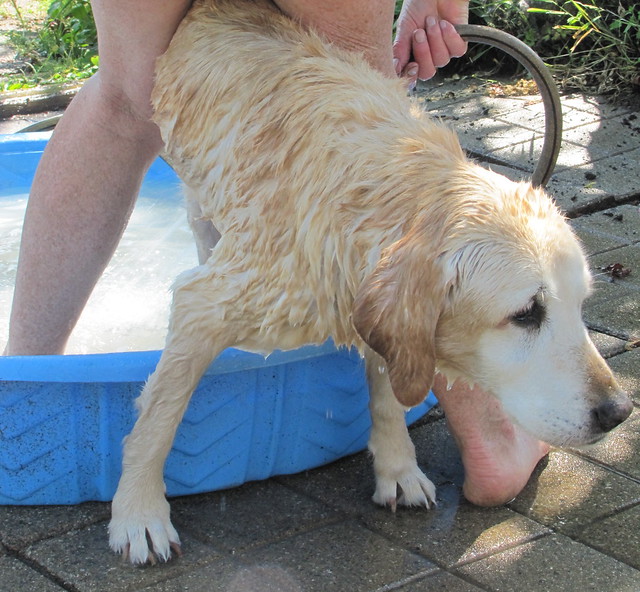 All done.  Time for a nice towelling down.  Calli can't shake effectively.  We had to towel her well, and even then, the next morning she was still a bit damp in some spots. 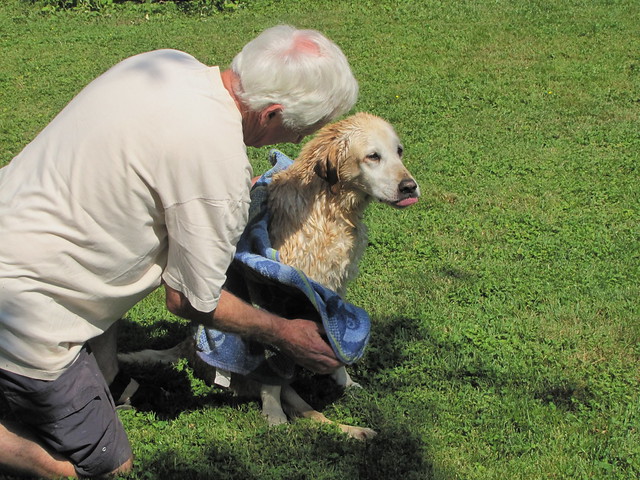 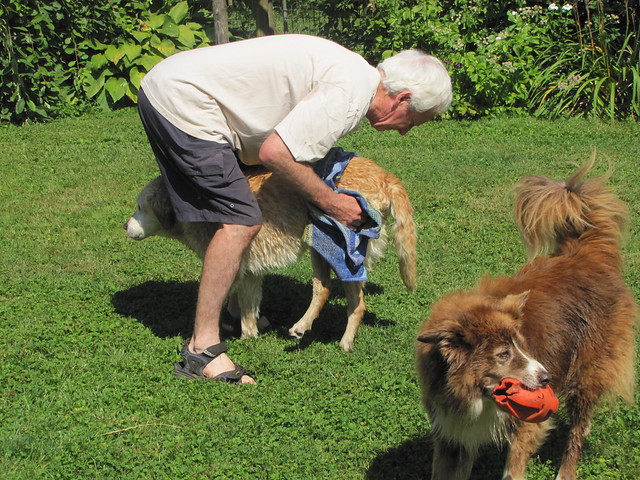 Then it was mani-pedi time.  Jake says if he closes one eye, it only seems half as bad.  I've been a bad dog mama, phew, their nails were long.  Jake's were embarrassingly long.  He is so good though, I got them all done, and I've marked on the calendar to give them another little trim in two weeks. 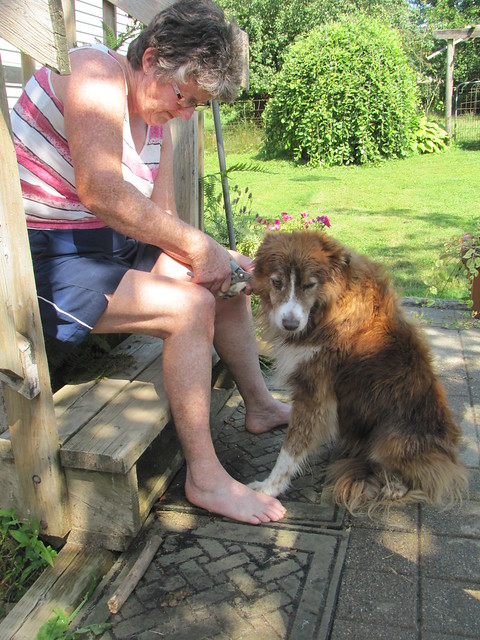 Luna doesn't like her nails done, but I don't put up with any nonsense from her, and the job gets done, albeit slowly.  Her nails were thicker, and she has more dark ones than Jake's, and even the light ones were less translucent.  I hate to admit it, but I 'quicked' her not once, but twice. Her quicks were farther down towards the end of the nails than Jake's.  Poor Luna, she really yiped the second time.   There's my tools of the trade...clippers, treat (after each nail) and cornstarch on a spoon to stop the blood.  You can see the farthest away nail on her left leg is a bit red...ooops:( 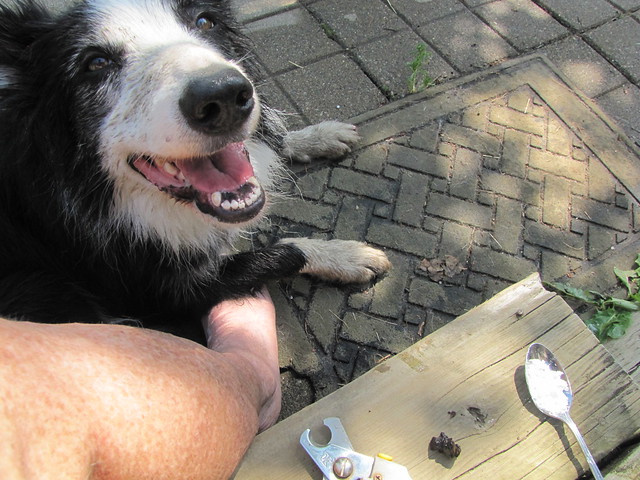 Calli doesn't like her's done either, but once again, I just get them done.  No blood this time, thank goodness.  Her back nails are all worn down, so I don't have to do those.  Even if I did, she can't feel them anyway, so they are easy to do.

I was suprised how clean the water was that came off them, really they weren't very dirty.  Jake and Calli haven't been bathed since some time last year.  Actually, for Jake it might even be longer than that.  As for Luna, it's probably only a month or so since she rolled in something so disgusting that we were gagging, and had to do an emergency bath just before midnight.

And a bonus....my feet and knees were all clean too, although that didn't last long.
Posted by Karen at 11:30 PM