I did a post back in February about our egg supply, and having too many, and having to sell some hens.  After than, things went along fine, we seemed to be able to sell all the eggs we were getting, more or less.  Usually when I buy new hens each year, I put my name down to get more the following March and April.  March and April came and went, and I didn't get a call from the hatchery.  I kept thinking I should give them a ring, but it didn't get done.  We had enough eggs for our customers, and quite frankly I just didn't want to be bothered selling the hens we had to make room for some new ones.  And then the Spring flush of eggs seem to peter out a bit.  Demand seemed to go up, and I started to think that I'd better do something about getting some more hens.  I phoned the hatchery.  They might have some extras a few days later, but we were going to be away then, so I asked when the next batch would be ready.  End of May, early June,  she said.  May came and went, and we were in to June, and I still hadn't heard anything, so I phoned last week.  She should know by next week she said.  I phoned today, Thursday.  She was going to try and find out on Friday.   We are puttering along with 28 (maximum) dozen a week.  I get stressed out about the customers at the farmers market that want to buy from us, and we can't supply enough.  We have only one neighbour now that buys from us, and I'm trying to not sell them as many, so I have more to take to the markets.  Trying to keep as many people as happy as I can.

Why do we need to get new hens each year you might ask.  Well the hens we have are a commercial brown egg layer.  They are bred to produce a lot of eggs.  Their first year is their most productive year.  They still lay well into their second year, but not as well as the first, and there are more eggs with weak shells.  It works best to replace them each year, although I don't always do that.  Usually I advertise them on Craigslist, and they go on to lay eggs at someone else's farm.  They take their acquired bad habits with them.

Habits like flying up onto the gate, over the fence, and laying in other places.  This pile of plant pots under the trees next to a shed has appealed to a few generations of hens.  I don't mind if we know they are there, as it's on the way to the chicken coop and we just collect the egg(s) each day. 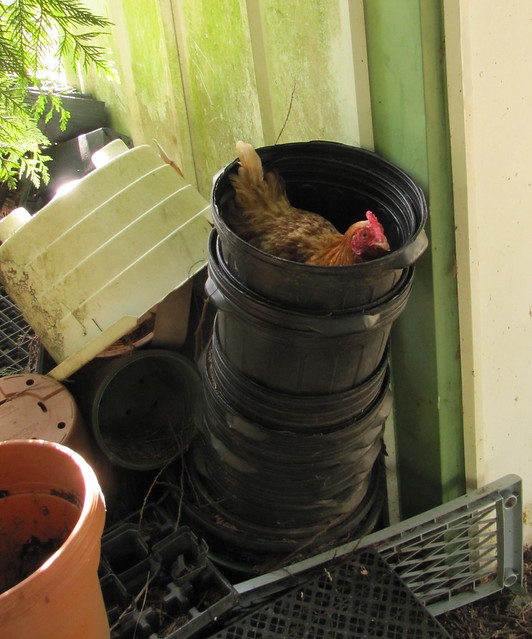 Except it's not quite as easy as that.  The crows also know that a hen or two are laying there.  Then it's a race as to who can collect the egg first.  More often than not, the crow wins.  The last two mornings I've won.  Yesterday was easy.  As soon as I let them out, the hen went over the gate, laid her egg quickly, and I got to it first.  This morning was different.  It started out the same, but she was taking her time laying that egg.  I walked back there three or four times.  I even tried putting a plant flat over the top to keep her in.  I did it twice and when I came back she had knocked it off.  I was heading in for breakfast, and decided to do one last check.  As I got back there she was standing up, had just laid the egg, it was still wet. 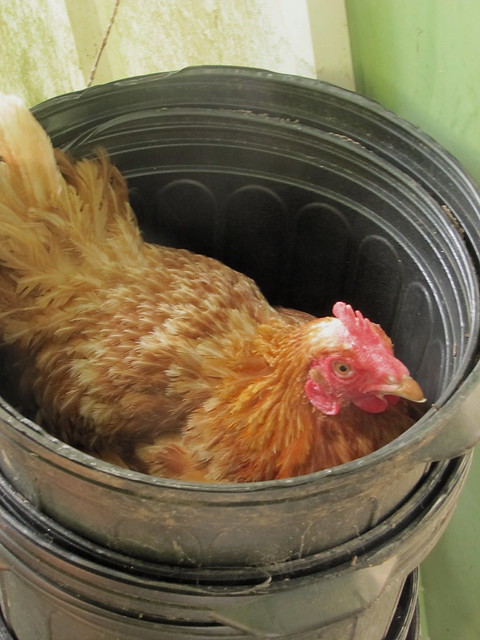 All of a sudden I heard a hen cackling behind me.  I turned around and looked, and escapee number two was stood in front of this thing.  This thing is the protective cover from the hay mower. 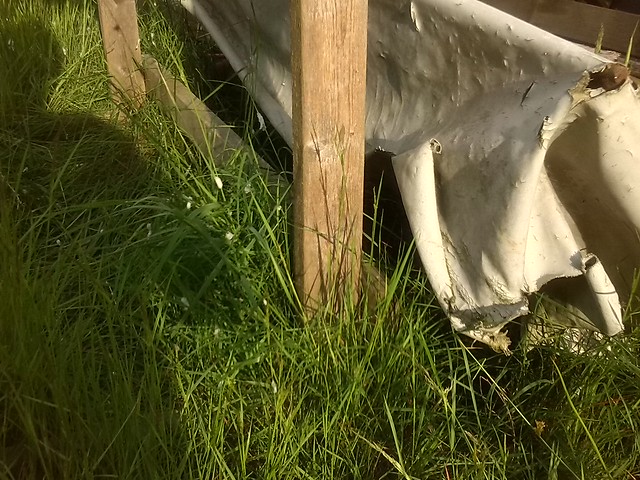 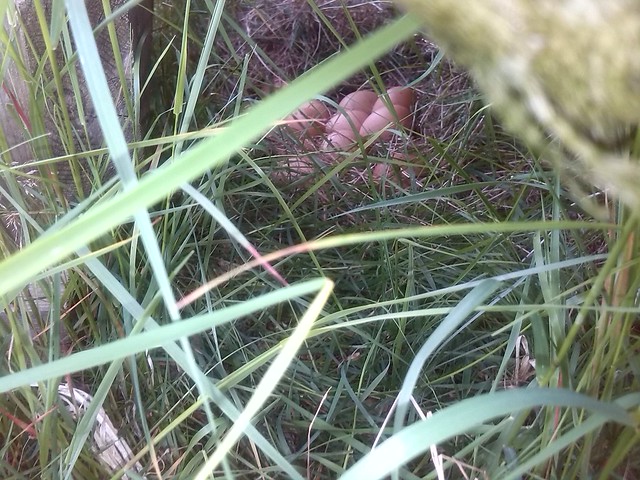 There were 16 eggs.  I quickly picked up the one just laid.  It was easy to tell as it was still all warm.  The eggs all looked the same, so it was just one hen laying there.  A hen's eggs are kind of like her 'fingerprint', she generally lays an egg that is the same size, shape and colour as the previous one.  This hen had been sneaking under there for more than two weeks. 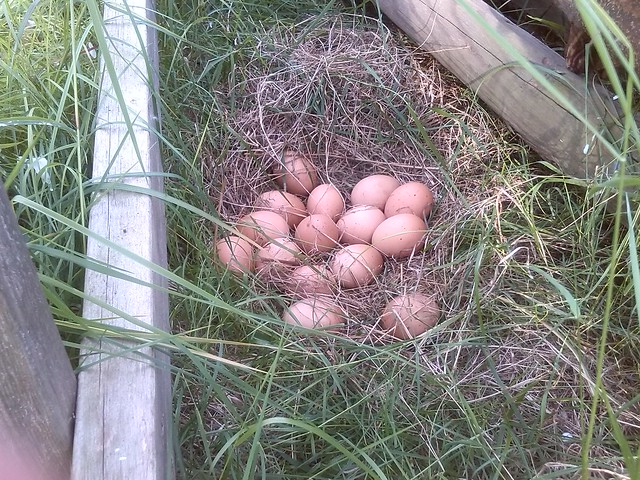 I picked up a dozen, which we will use ourselves.  I don't sell eggs I've found in a nest like that, because we can't tell which are the old ones.  We scrambled four of them for supper.  I left three eggs behind, and marked them with a felt pen.  Hens can't count, but they often object if all the eggs are taken, and won't lay there any more.  What she will do is find another hidden place to lay that I won't know about. If we leave three eggs, chances are the hen will continue to lay in the same spot, and we just collect the unmarked egg each day.  As to discouraging them laying there, it's almost impossible.  Once they have their favourite spot to lay, they are damn determined to get to it, one way or another. 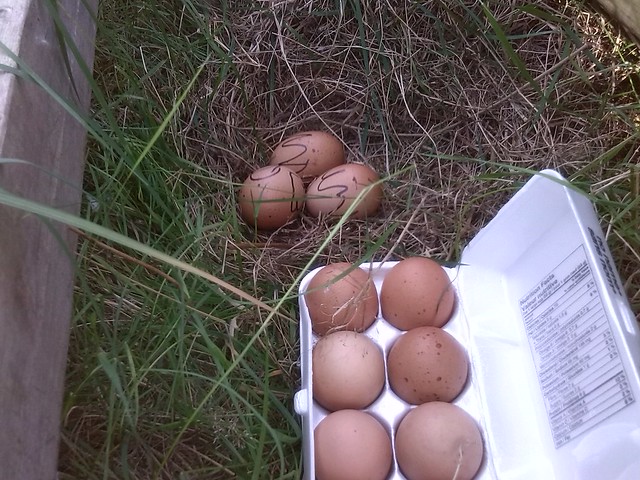 I'm just hoping the crows or the dogs don't figure it out, because they can be pretty sneaky and determined too.
Posted by Karen at 11:39 PM