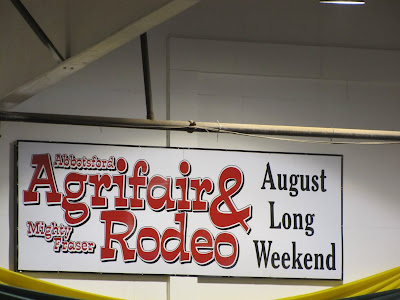 It has the usual stuff.  Livestock, machinery, animals, midway, entertainment, etc.  We are part of the horse show, and an event called Horse and Hound.
Here we are heading in for yesterdays show.
Luna in interested in the cattle and the....water hoses! 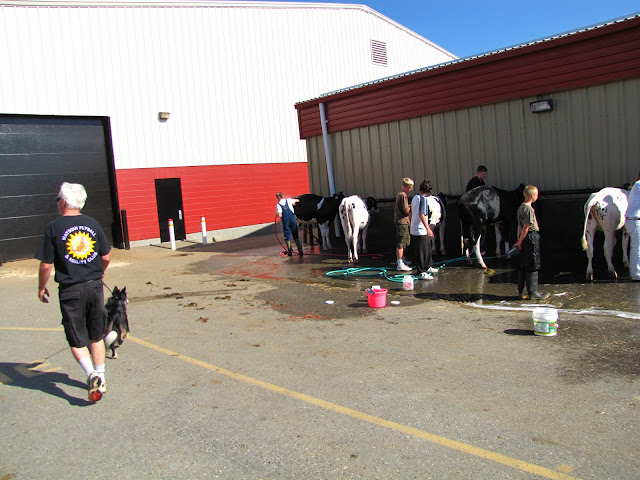 We sit in the stands and watch part of the horse show.  Luna keeps her eye on those Friesian horses.  Next to me, Jake was loving up to a couple of kids, getting scratched and massaged, and ooooo, you missed a spot. 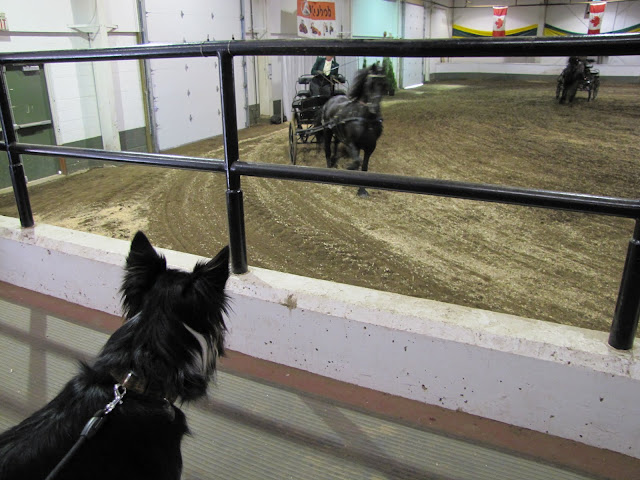 This is the same arena that our club practices in.
Here's Luna's run.  Larry hadn't heard where the horse's finish line was (the two cones on the far side of the arena), so was a little late starting.   And then he forgot to tell Luna with his voice and body that it was the teeter and not the dogwalk she was going over, hence the fly-off.  Doesn't phase Luna though, she's a bull in a china shop kind of gal.
The first performance is always kind of a learning experience.  We set up the same course each time, so if you are there for all five days, by the end your dog could probably run it on it's own.  Being a Thursday and the first day of the fair, there aren't a lot of people there.  We go back again today, and then Monday.  We miss the weekend performances because of the markets.
It's a casual event, some of the horses won't do some of the obstacles, faults don't count with the dogs, and the more things go wrong, the more the crowd likes it:)