I sort of had another post in mind for the end of last week, didn't get it done, and then something else happened that I thought was a worthy post, and I've dawdled on that one too.  Time to get 'er done!

Thought I'd show you some of the pansies planted out.  This is at the front door.  Here is my token Easter decoration, $2 last Friday at the thrift store.  I'll probably just leave the rabbit hanging out with the rock geese, the Scotty dog and the little girl, or maybe find a spot in the garden to put it. 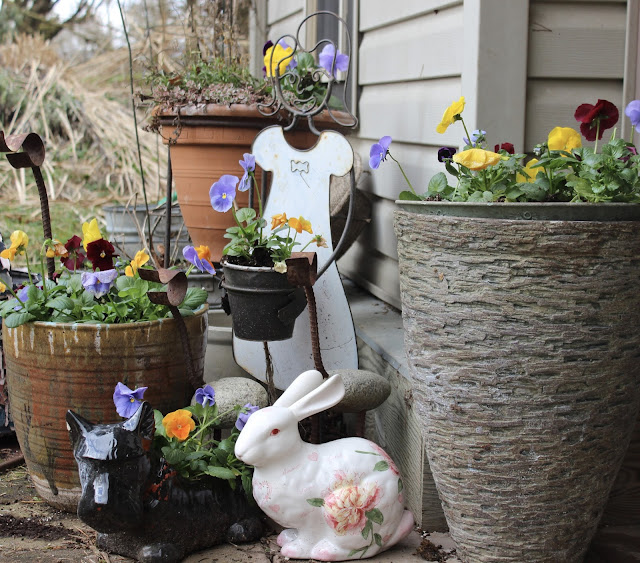 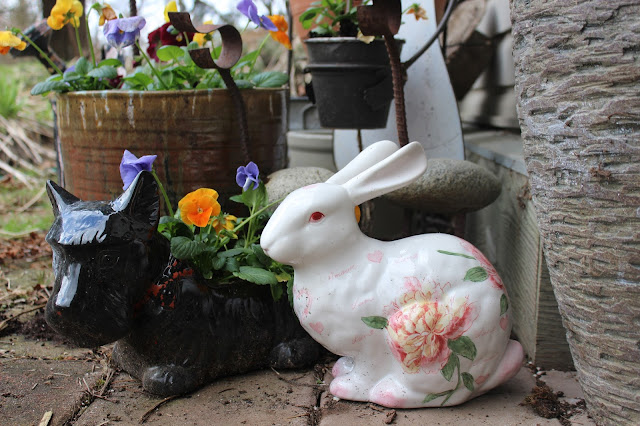 The rest of the pots up the side of the house and driveway have some colour in them now, so it all looks a bit more inviting.  I really should wash the pots though. 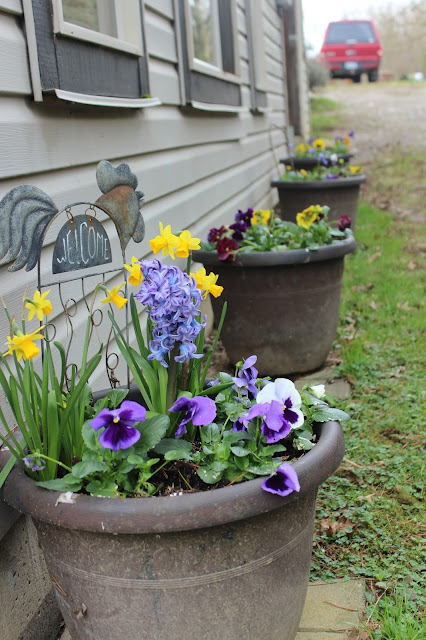 David and his girlfriend were heading to a special event last Saturday.  It was at one of those fancy hotels in downtown Vancouver.  We aren't hotel people, so one of those places we'll probably never stay at.  Rooms at well over $200 a night.
Trying to find a decent place to stand....check for dog poop! 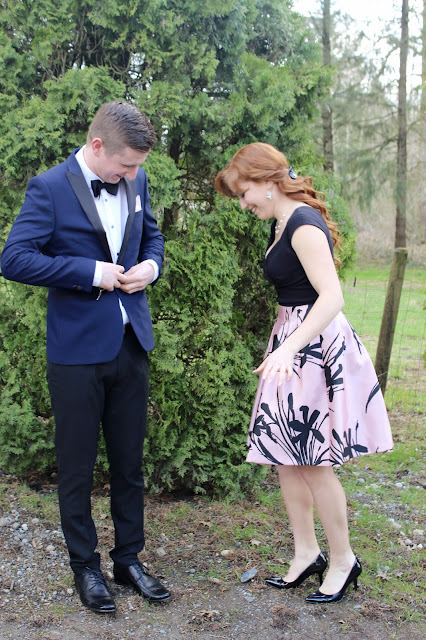 Melissa had been working, and then gone to her parents to get her dress and get ready.  Tucker hadn't seen her all day, and was desperate to greet her.  Tucker's method of greeting is to race and jump up and plant his often muddy paws in the vicinity of your waist.  Our fault, because as a pup it was just so much easier to pat him if he jumped up, instead of having to bend right over.  Of course we keep encouraging a correct greeting, but often his enthusiasm takes precedence. 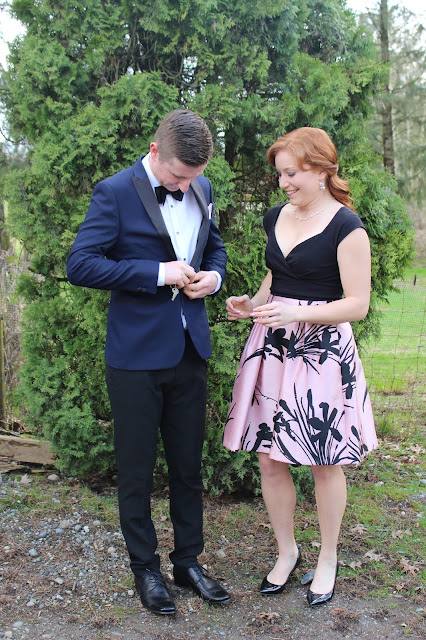 Larry wrangled the pups while I managed to get a few shots. 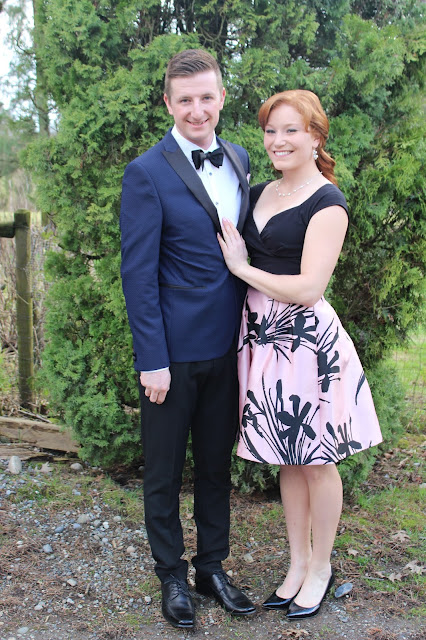 And then their dogs watched them leave. 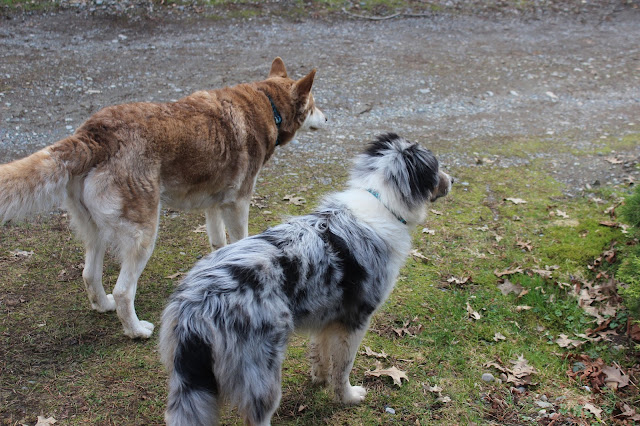 The event was the Silver Ring Ceremony for the graduating Forestry students.  They receive a silver ring, (which they have to pay for) to be worn on the little finger of their dominant hand.  It has a raised maple leaf on it.
David was called up for a special award.  He's probably feeling a bit embarrassed here! 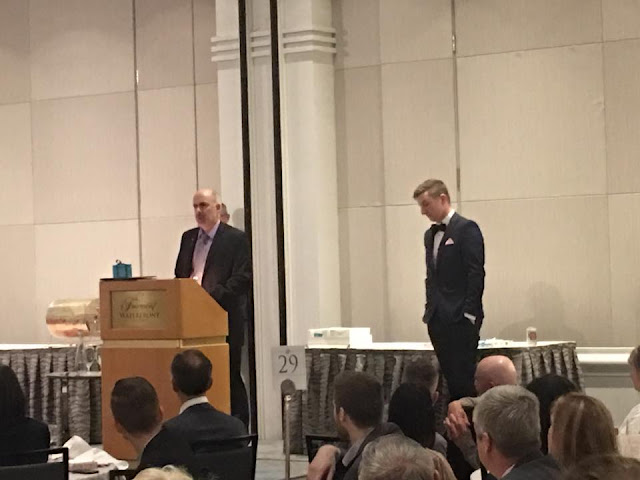 He was the winner of the Charles Larre Memorial Graduating Prize.  The prize is awarded on the recommendation of the Department of Wood Science, Faculty of Forestry to the most outstanding graduating student of the Wood Products Processing Program. 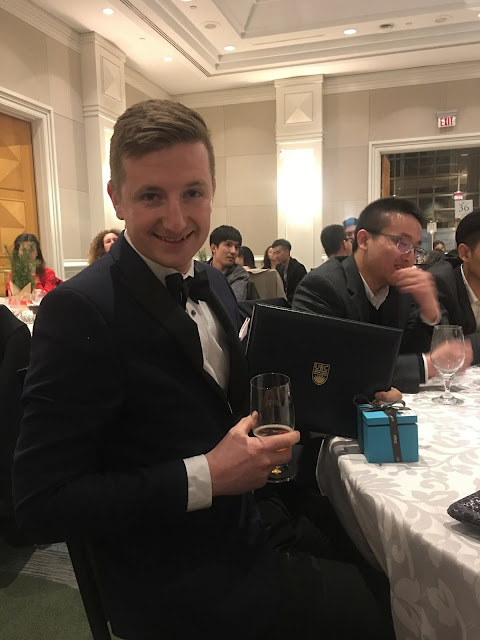 One week of classes to go, a couple of exams, and a decision to be made by tomorrow as to where he will be working.  Exciting times.