Baby It's Cold Outside!

Well winter is still sticking with us. It has been quite cold, at least compared to our usual temperatures.  Looks like next week we will get some more snow and then a warm spell and it will probably turn into an awful slushy mess.
Yesterday morning we were heading out for our bush walk.  Jake looked really uncomfortable, like he was hurting.  When he stopped his back legs were trembling.  I had an idea, so ran back to the house and scrounged up a few booties.  Calli used to use them on her back feet, which dragged a bit, when she was still able to get around on her own.
Hence the pink boots.  Not that Jake cared, but they did the job.  I had done a very good job of clipping all the extra hair from the bottom of his feet, because he is older now and 'worries' about the slippery laminate floor.  The lack of hair helped him in the house, but made for cold feet outside.
This picture is on our afternoon walk, that we take most days. 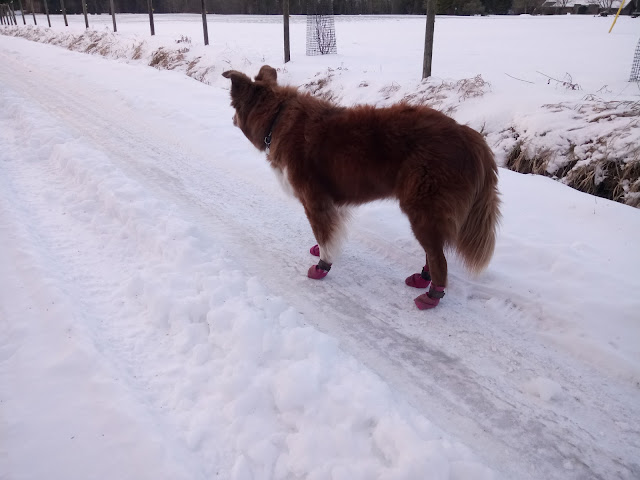 A mile walk around the block that starts at the bottom of our driveway.  It wasn't quite as dark as it looks here, but I wanted to get the pretty sky.  It was downhill here and a bit icy.  I think Larry is probably slipping a bit right in front of our eyes!  And Luna, she is way off, that dark spot in the ditch, above and to the left of Jake. 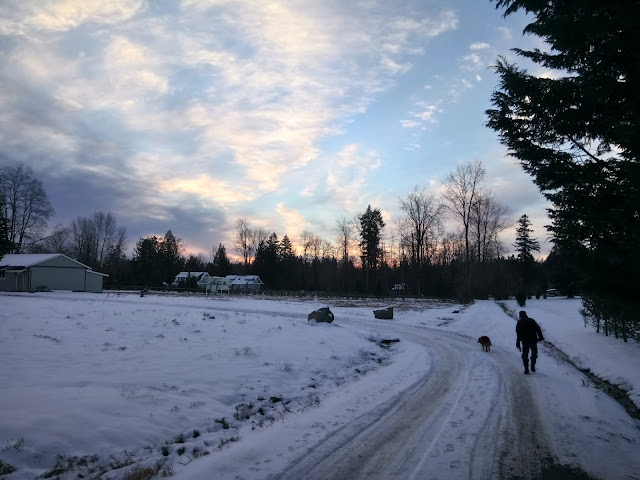 This after noon we went down to the dyke.  This is about 3:15, and the sun is just about to drop behind the hill.  The days are depressingly short.  That's Larry walking with the dogs on the lower trail.  We had dropped down there to get past other people with dogs.  A fellow stopped to warn us about a large dead smelly salmon further along, that a few dogs had already rolled in. Yuk!  That is not a smell you want in your car. 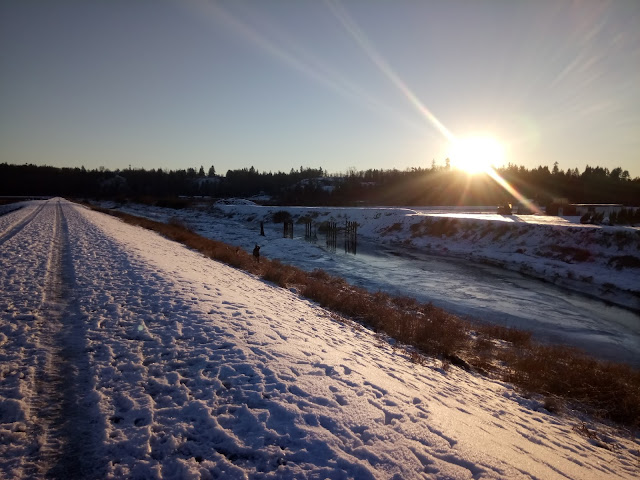 Jake and Luna ran ahead to the swimming hole.  They THINK they want to fetch something out of the water, but really they wouldn't.  In the photo above where the creek is wider, you can see the ice on it. 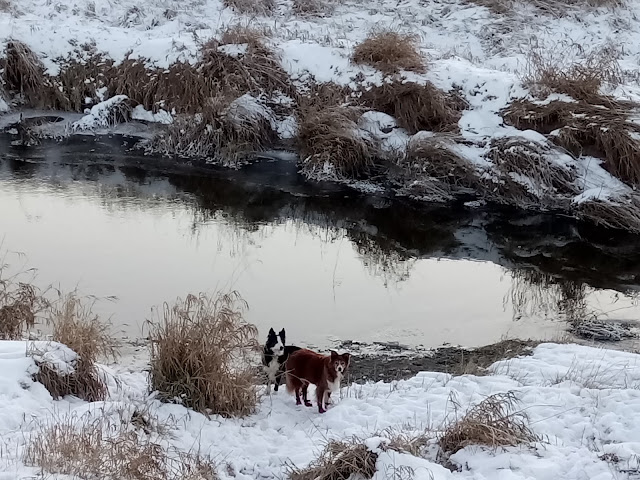 The sun disappeared fast and it started to get cold very quickly.  The scenery was lovely though.  Looking across the blueberry field.  Just after this photo, an eagle flew into one of those tall trees, to join another that was already there. 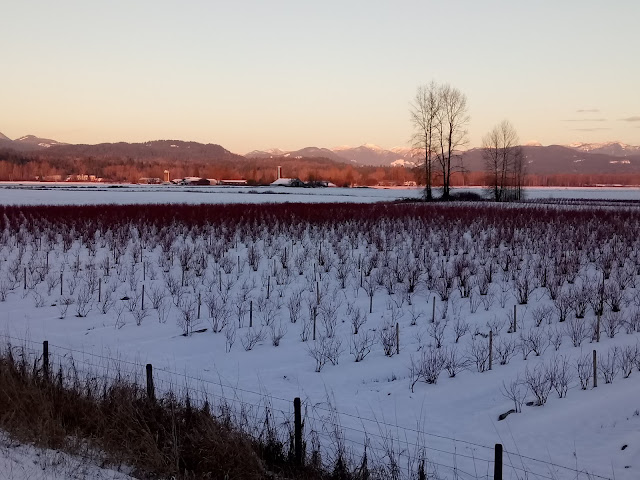 See those two black dots in the tree on the right? 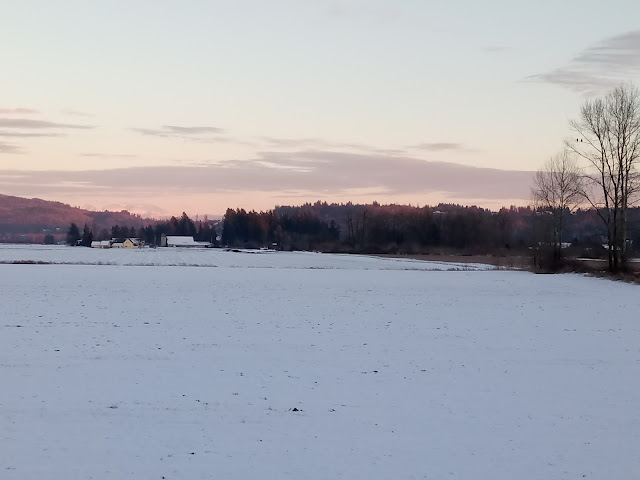 We also saw a couple of herons, one flying and one standing in the water, brrr.  There was a seagull on the creek that kept sticking it's head under and pulling pieces of dead salmon off the bottom.  At least that is what I think it was doing.  There were two coyotes on the other side of the creek further along.  Last week I was walking down there with a friend, and saw one of those same coyotes.  It was quite distinctive, being a darker colour and a good size (maybe a coydog?) and last week it did a lot of the classic coyote barking.

Last week.....Staring and barking back at the coyote....Luna, Breeze, Jake and Lexi. 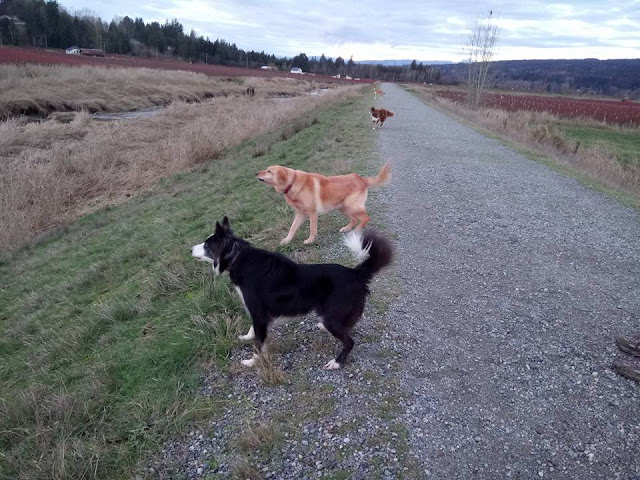 Sure looks different to this week!