I cannot believe that I had that dehydrator tucked away for umpteen years and didn't try drying any fruit!  I ordered four more trays just before the long weekend, and was thrilled to be able to pick them up at the post office on Tuesday after.  That blessed dehydrator has been running almost every day, and many nights, since then.  I have dried most of the apples we had, and then moved onto pears.  Oh boy, are the pears good!  So now there are 8 trays of fruit drying.  The pears take about 11 hours, so if I am on the ball, one lot gets dried during the day, and then I load another lot in just before I go to bed.  Sometimes I just don't feel like it though, that late at night.  Anyway, I've just about done all the Bartlett pears.  We have another tree, Comice pears, that we will start to pick before Sunday.

The last picking of the pears early in the month.  At a rough guess, this is about 1/3 of the total amount of pears off that semi dwarf tree.  Not pretty, but delicious! 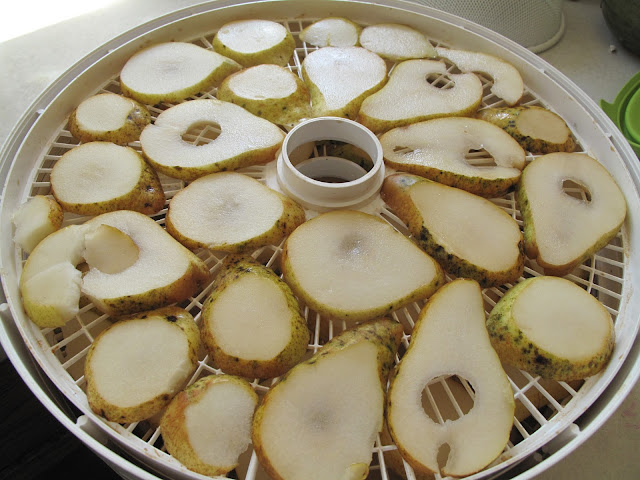 A melon baller is the perfect tool for coring the pears.  I cut them in half and scoop out the core.  I do the apples exactly the same.  Then I slice them into roughly 3/16 inch slices. 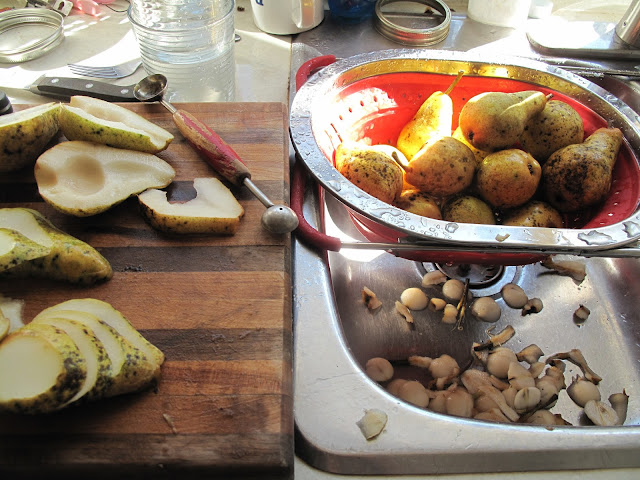 Dried and sweet! A few bananas too. 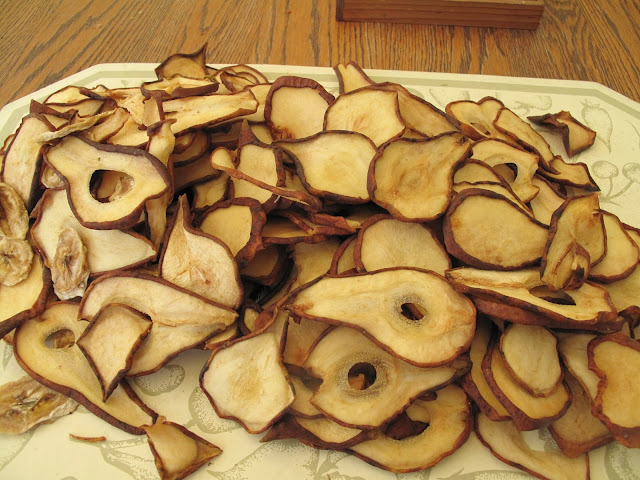 Today though I discovered that as good as the Bartletts are, the asian pears are even better.  Meredith brought me a box full from a friend at work.  They are such watery things, but oh boy, when they are dry, they are almost like candy.  They shrink up much more than any of the other fruit I have dried, so you don't end up with much, but they are so good!

Last Friday's harvest.  The Fall raspberries have been great too, and are still producing.  My favourite thing about gardening....nibbling a bit of this and that while I am working out there.  The garden, the mess that it is, brings me such pleasure.  I love producing good food! 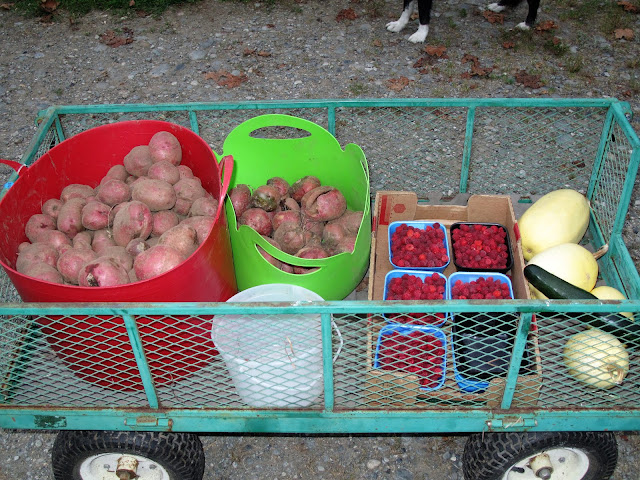 Meanwhile Farmer Larry has been doing some landscaping. 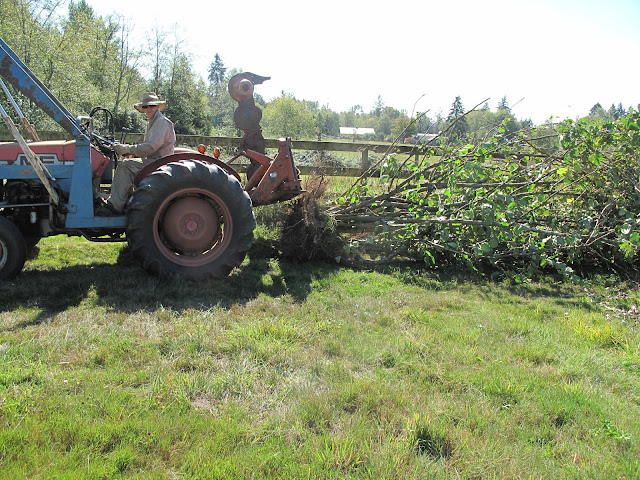 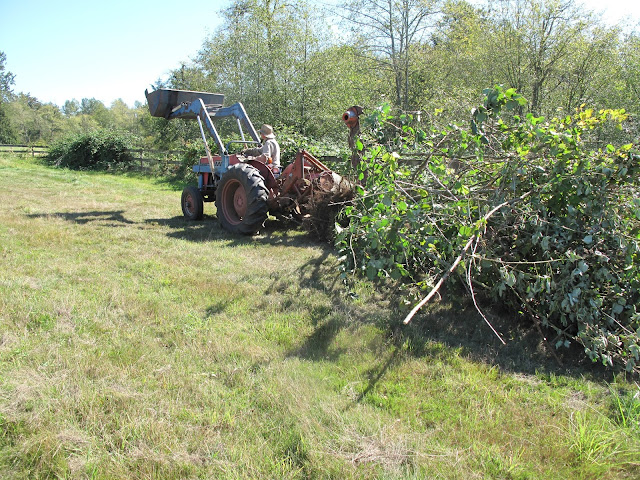 Behind the barn (last week).  There should have been a before picture.  This was a mess of blackberries and trees that had seeded themselves, all grown in and through old machinery and junk.  David started to clear it before he went to England, and Larry is finishing it off. 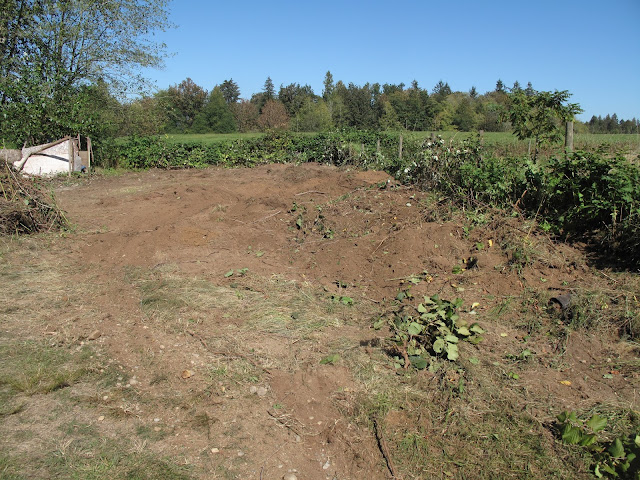 This week he finished cleaning it up and got it harrowed and smoothed out.  I'm eyeing it up as a place to plant the dahlias next year.